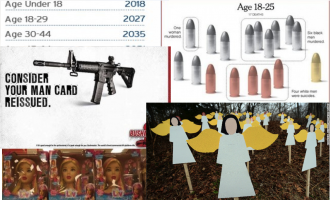 It’s the Fi-nal Roundup! Of the year…

And it’s going to be a short one, given travel and a luckily contained but still exciting house fire early this morning. All’s well, but such things do tend to cut into the time available for waxing poetic (or waxing anything, for that matter). A programming note: on January 1st, we will share our most-trafficked post from each section of the site as its own sort of Annual Roundup. Stay tuned!

In the meantime, here’s what was going on in The Society Pages this week.

“Whither Whiteness?” by Doug Hartmann. In which our editor considers the coming shift to an American minority-majority and wonders if it’ll change white privilege.

“What Stringer Bell Can Teach Us about Gangs,” by Erin Hoekstra. In which James Densley finds gangs don’t want a loose cannon—a reputation for measured violence is much more valuable.

“Teaching with Toys,” by Hollie Nyselth Brehm. In which the author shares an assignment to help students sniff out class, gender, and other dimensions of play on a field trip to the toy store.

“Bystander Journalism?” by Erin Hoekstra. In which the bystander effect goes high tech.

“November Media Award for Measured Social Science,” by Hollie Nyseth Brehm. In which NPR takes top honors for a story on a decades-old sociological experiment… and why we cramp up our hands writing holiday cards.

This week, I’m only including those posts that dealt with issues brought up in the wake of the tragic killings in Newtown, CT on December 14. This is important, thoughtful content, presented without my own commentary (beyond the “important, thoughtful” bit, naturally).