WHY I AM PROTESTING: Trump will not become the new normal

Protests against the outcomes of the 2016 presidential election emerged as soon as the electoral map indicated Trump’s victory. Critics have called for protestors to accept the results of our democratic elections, to quit whining, and give Trump a chance. 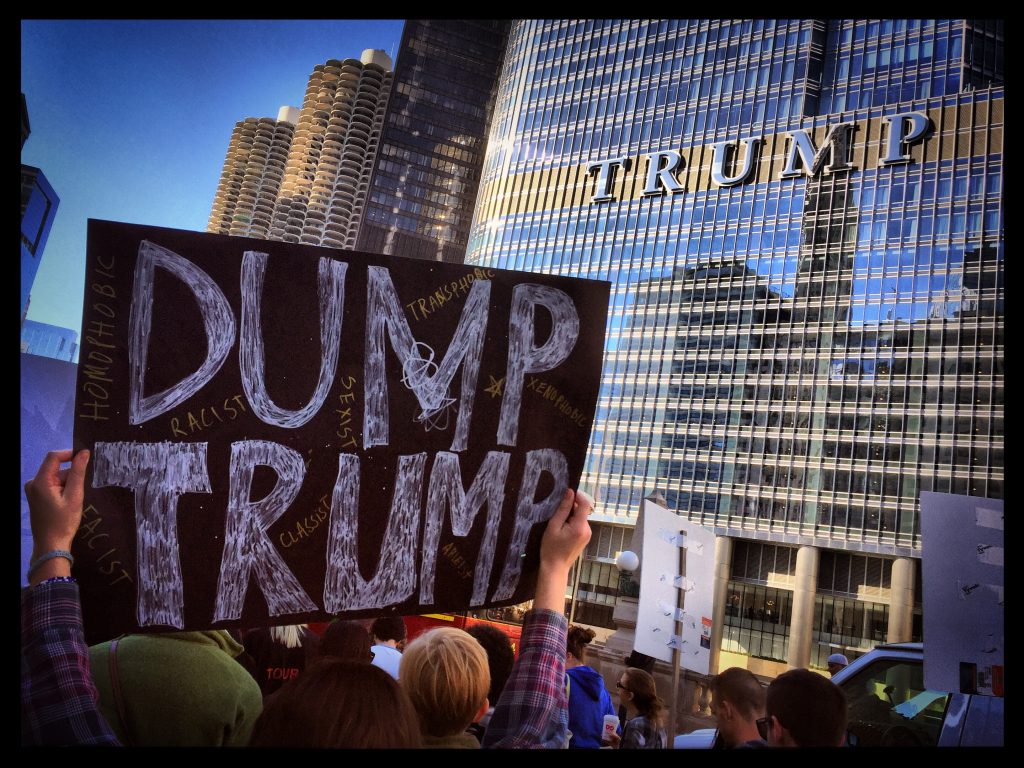 I certainly don’t speak for all protestors, but here is why I will be out there again this weekend with my family and some of my current and former students:

Trump’s rhetoric, both implicitly and explicitly, went far beyond political ideological differences and openly attacked our long-established and hard-fought social norms of getting a long way toward individual equality regardless of race, ethnicity, religion, gender, sexual orientation, and nationality. Without a doubt, there remained and still remains very consequential inequalities along these lines, and yes many of these norms of equality had been accepted in public opinion only superficially without the support of institutional change needed to generate actual equality. However, collectively, society was AT LEAST headed in the right direction, making great strides over the last four or five decades to eliminate racism, bigotry, misogyny, homophobia, and xenophobia. People who are openly racist, homophobic, sexist and bigoted are socially sanctioned, fired from their jobs, suspended from schools, forced to resign from political office, charged with hate crimes, or seen as “backward”.  It needs to stay that way. We have no assurances that it will. We will not sit back and wait and see. 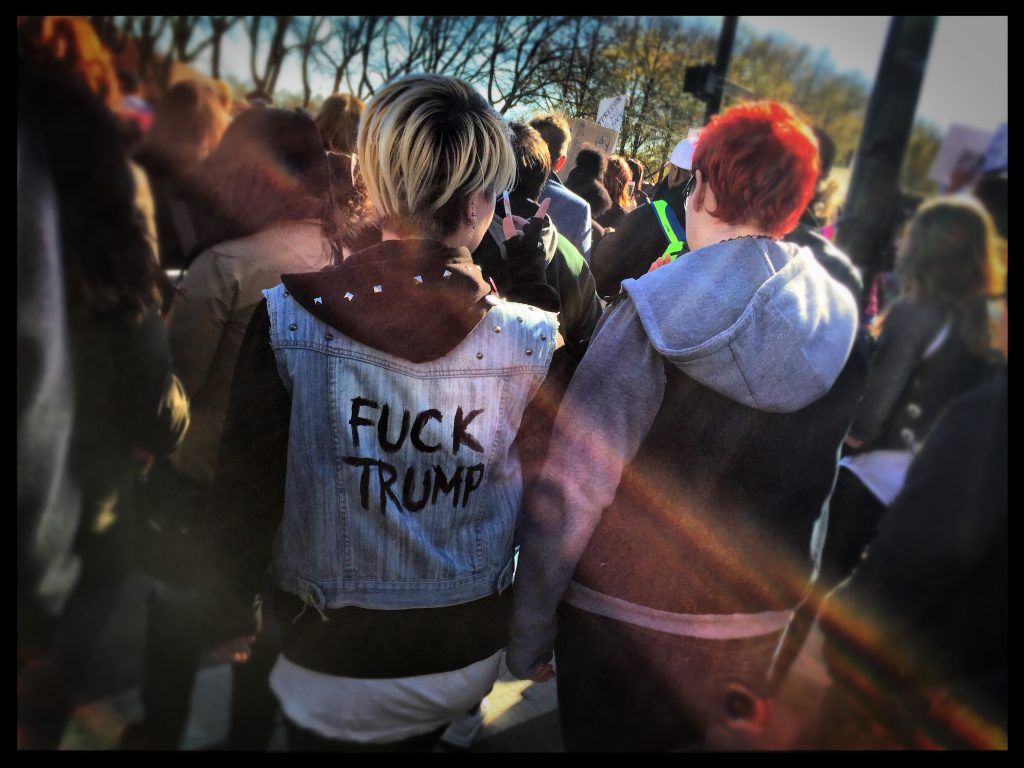 Putting a person into the most powerful office in the land who:

…stands as an endorsement of those beliefs, words, and behavior. 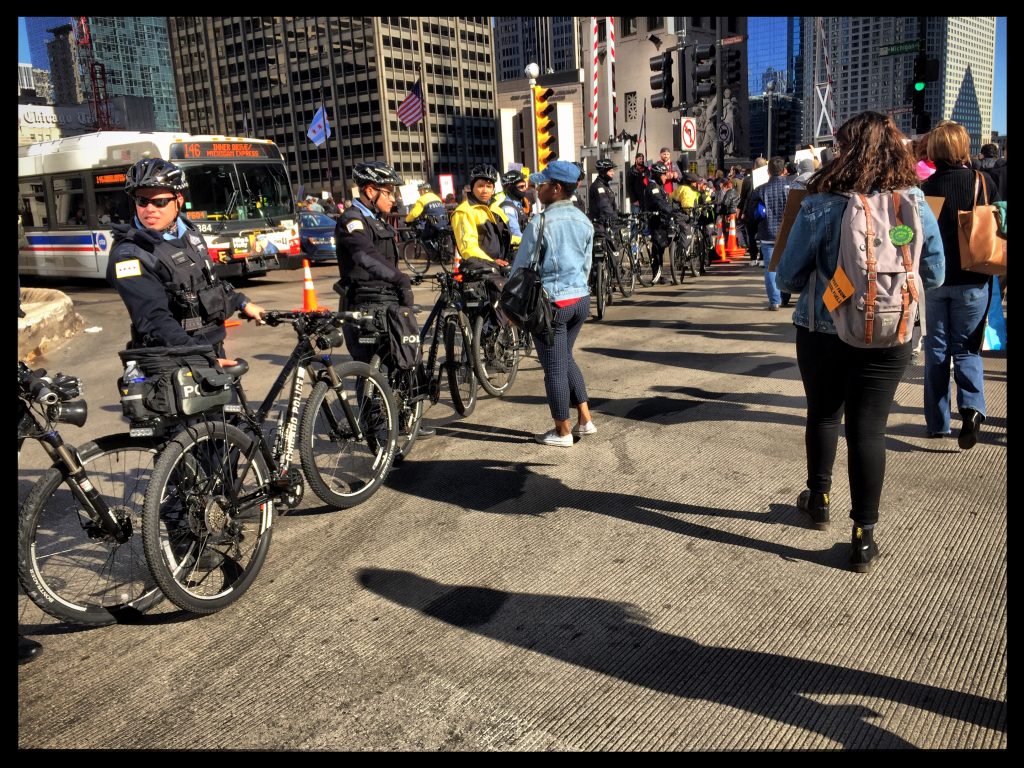 As a couple of Tweets noted: 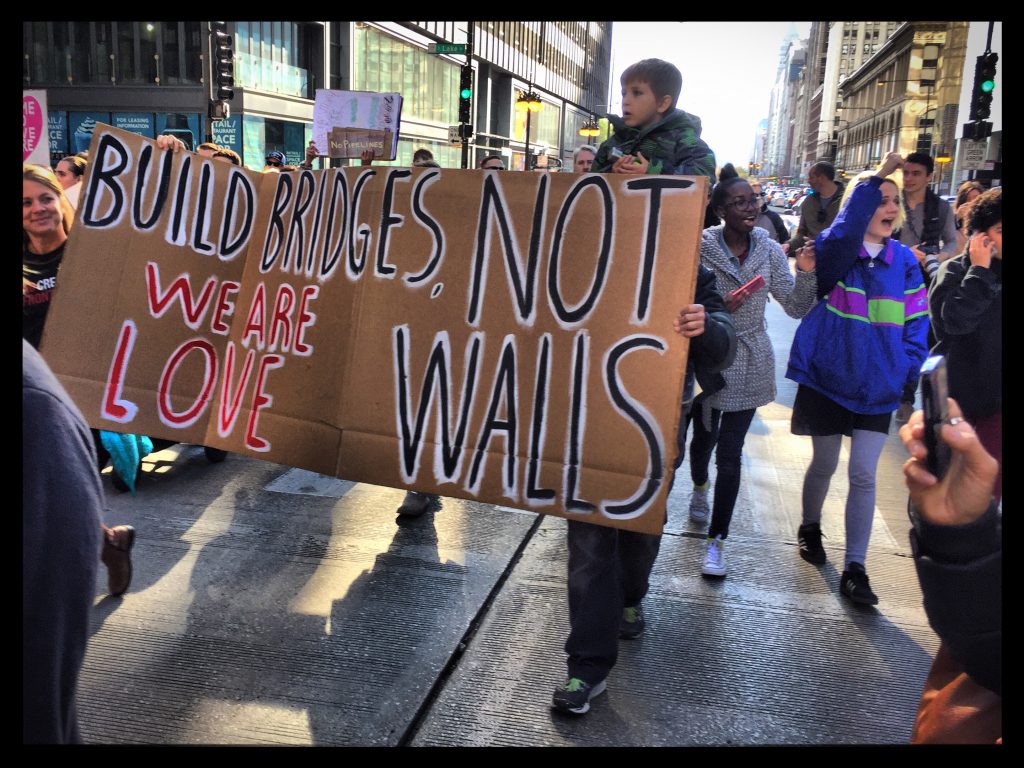 When confronted by the media, Trump often said he didn’t mean it, denied saying it, or claimed it was being blown out of proportion. He did this only AFTER the media called him out. There was never any self-awareness that he was breaching the deep social norms of equality and human decency.

This rhetoric has been emboldened by his election to the presidency. Both the FBI and the Southern Poverty Law Center ( which tracks hate groups in the US) have documented a spike in hate crimes since the campaign began and the election results were announced. 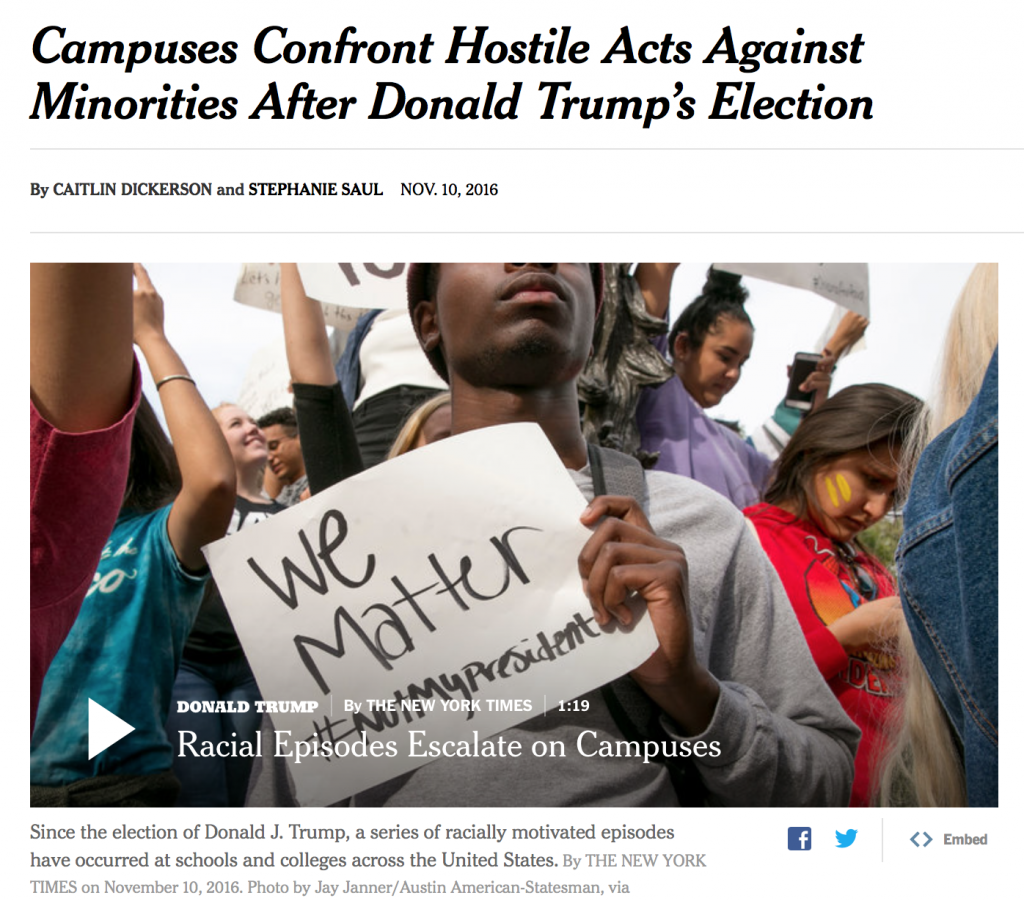 Many analysts explained the surprise and shock that liberals/progressives felt as a lack of attention to the plight of the rural poor and underestimating their discontent. I disagree. I think we were all surprised because we thought that, despite our political differences, there was no way that the United States, in 2016, would be okay with Trump’s bigotry and sexism, no matter what his other policies were. Seven out of ten Trump supporters said they preferred the US in the 1950s. I read this as longing for a time when white men had even greater institutional and societal advantage, when Jim Crow laws entrenched racial segregation, when sexual harassment was allowed and women were confined to menial roles, if any, in the labor force. 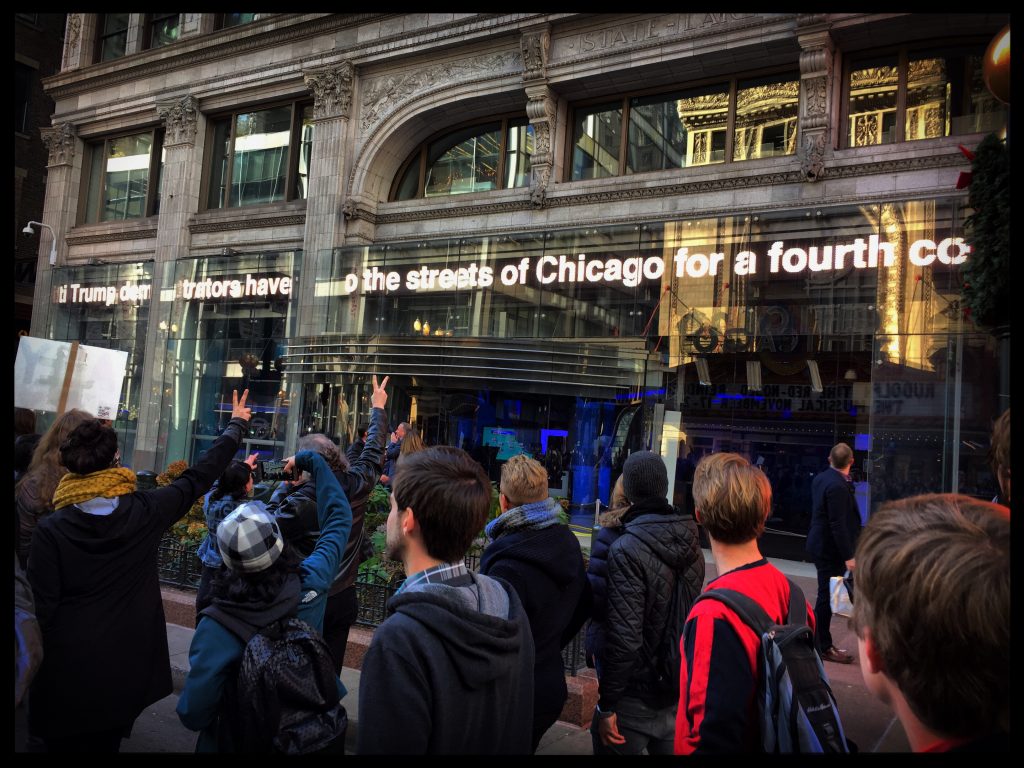 We will not allow the rhetoric and behavior of Trump to become the new normal, whether he is the president or not. 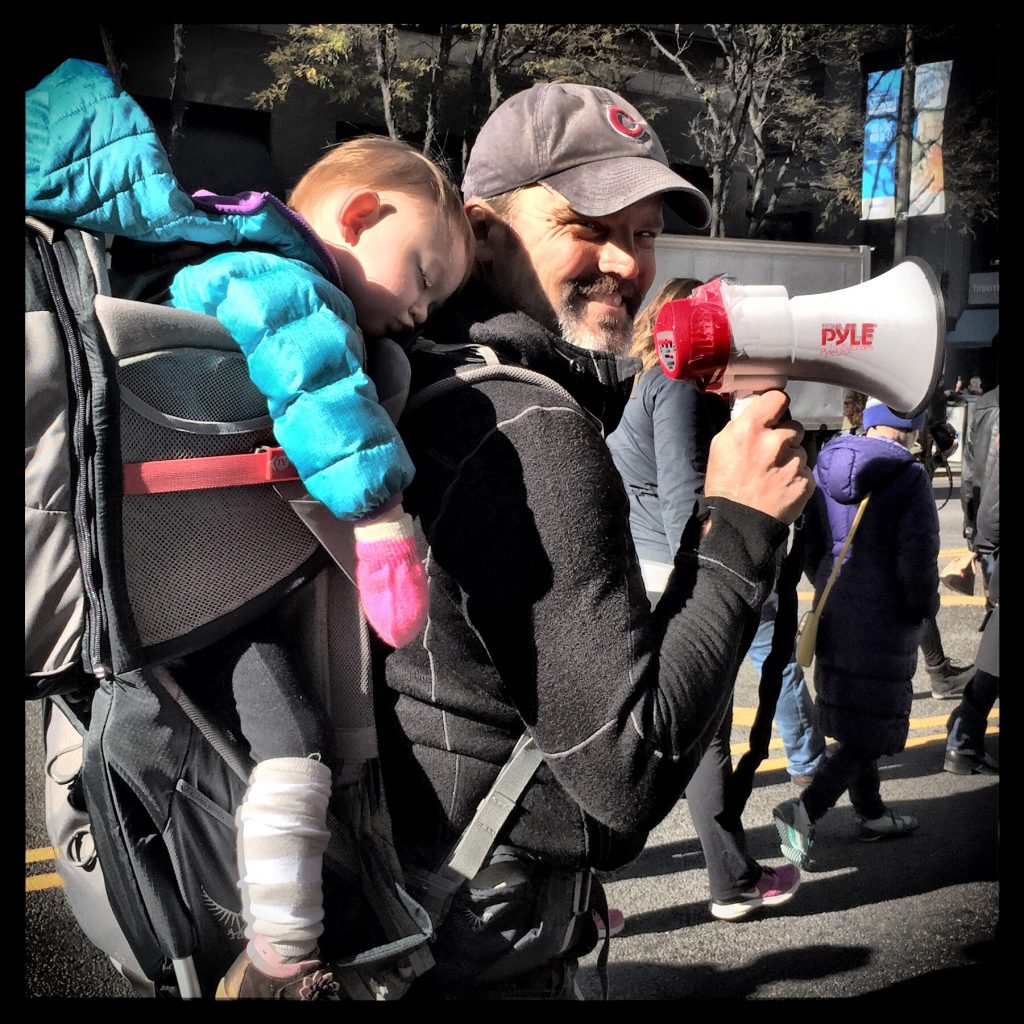 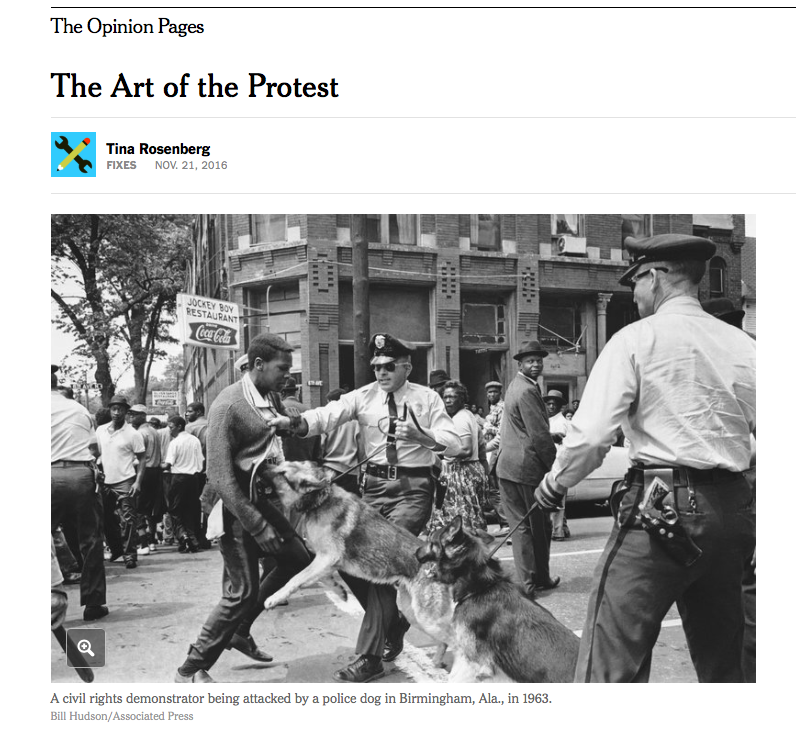 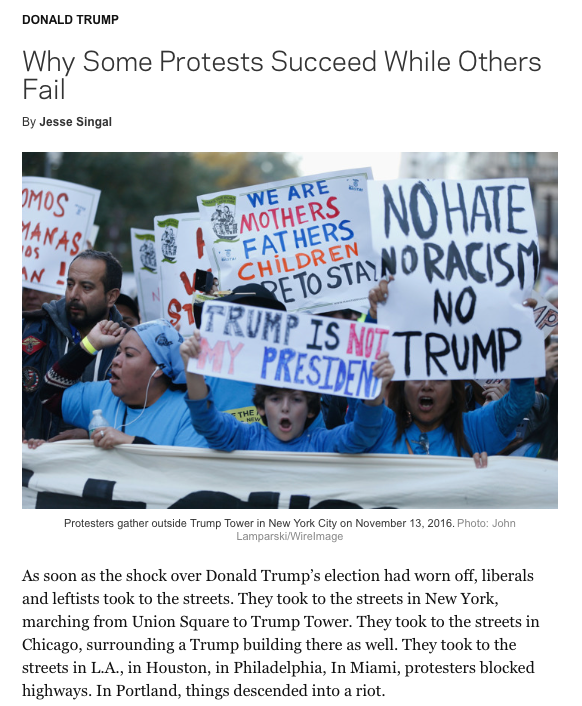 A great statement, a message that will hopefully be not only read but understood and conveyed to all who find such a person whose numerous actions/statements/ behavior to be without any ethical principles and, thus, unacceptable as the "leader" of the greatest (is and always has been) country in the world

It doesn't matter. Degenerate cultural Marxists like you have no more power to determine what is and is not "normal". The Alt Right is rising. (((Some))) people have every reason to fear losing control of the narrative.