TALKING ABOUT RACE: Don’t avoid it. 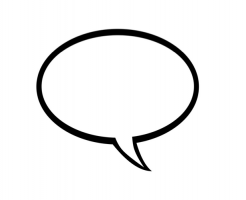 Talking about race is not white America’s strong suit.

I taught a course on racism and ethnic relations for the first time this semester and nearly every class period we were able to spend a good amount of time talking about highly relevant current events that had occurred since we met last. Police shootings, racist fraternity chants, grand jury decisions, overtly racist expressions, and more. At one point in the semester, we fell a bit behind the planned content because so much was occurring that reflected ongoing struggles in race relations in the US. As the semester comes to an end, it is no different. Organized protests are occurring in Baltimore against a long history of police abuse and the recent death of 25-year-old Freddie Grey while in police custody.

As I look back on a semester of talking about race, I hope students will continue their engagement with the topic in many ways. While non-white students are likely used to the topic being part of their lives, whites (myself included) can choose to ignore the issue of race. A few things I think we should do:

When you talk about race and racism…

Clearly, we have a lot to talk about.

Turns out that whites think we talk too much about race… 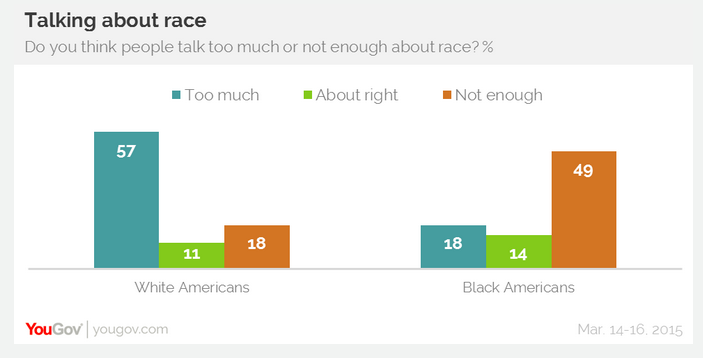 (click on the images below to go to the full resource) 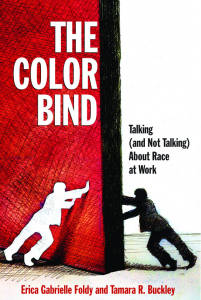 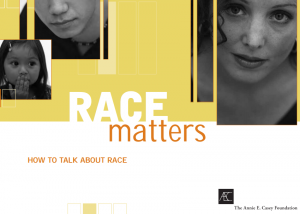 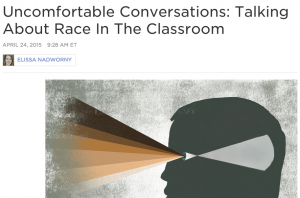 This New York Times short (5:24) documentary contains white people talking about race or to be specific, talking about talking about race. It may be a good tool for some of our students that do feel uncomfortable. They may find a person within the short film that shares similar feelings as they do. It could also be a way to have students analyze the way whites “talk” about race. An interesting assignment may be to have students watch the video and then respond to some of the monologs, evaluate patterns among the different people, or respond to the statements made. 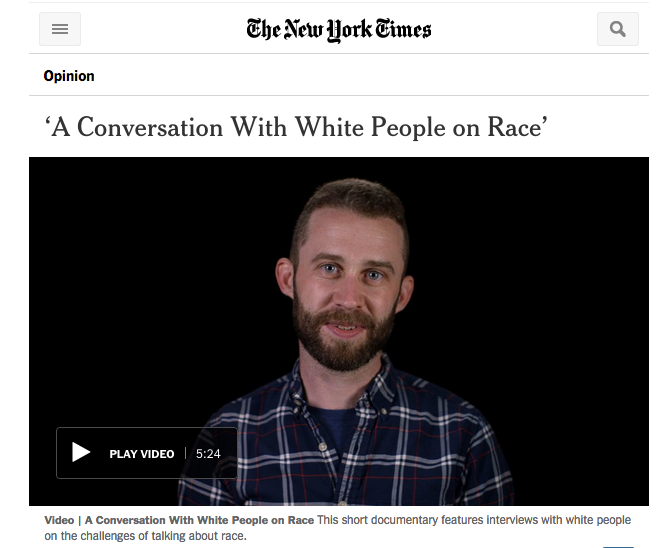 Below is an interesting reflection by John Metta, a black male on why he does not like to talk about race with whites, especially liberal whites.

click on the quote above to go to the full piece.

Another excellent quote from the piece, which deserves a full read:

“Black people think in terms of we because we live in a society where the social and political structures interact with us as Black people.

White people do not think in terms of we. White people have the privilege to interact with the social and political structures of our society as individuals. You are “you,” I am “one of them.” Whites are often not directly affected by racial oppression even in their own community, so what does not affect them locally has little chance of affecting them regionally or nationally. They have no need, nor often any real desire, to think in terms of a group. They are supported by the system, and so are mostly unaffected by it.”

A new poll shows that Americans view of race relations is quite dim: 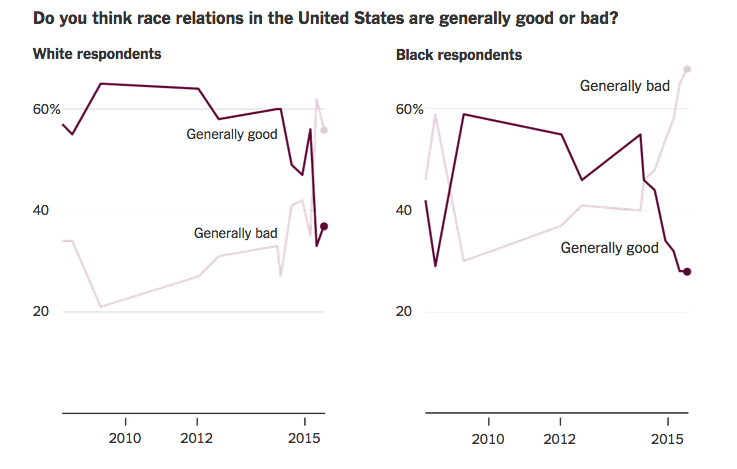 Clearly, we need to find ways to talk about race more in order to address declining race relations.