Unfortunately, for many Americas, the 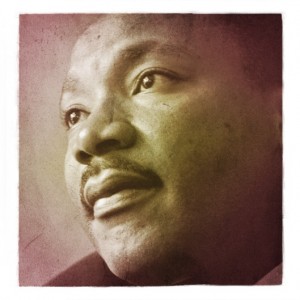 perception may be that the person and issues behind the holiday honoring the birth of Dr. Martin Luther King is about as relevant and historically recent as the October holiday for Christopher Columbus. Race is not an issue in the U.S. right? Sociologists and racial minorities  who live the experience know better.

Here are a few tools to help students examine what has changed…and more importantly, what hasn’t. In a previous blog, I talked about making the historical context of race in America a bit more real for students by showing historical images of Jim Crow laws in action and the challenges of school integration. An 18-year old today is likely to see Obama in the White House and Oprah as a billionaire media queen and wonder why we still talk about the consequences of race. I can imagine some saying, “Yeah, things used to be bad, but not any more.” It is true that things are better, but how much?

The first piece of data to conquer those anecdotes is specific to my city of residence, Chicago. Compiled by the Chicago Reader, the data compares housing segregation, unemployment rates, poverty, and median income for Blacks and Whites in 1968 (the year MLK was assassinated) and in 2010-12. If we just looked at the number for Blacks in Chicago we would be left with the perception that there have been vast improvements. But when you compare gains by both groups, persistent inequality is evident. 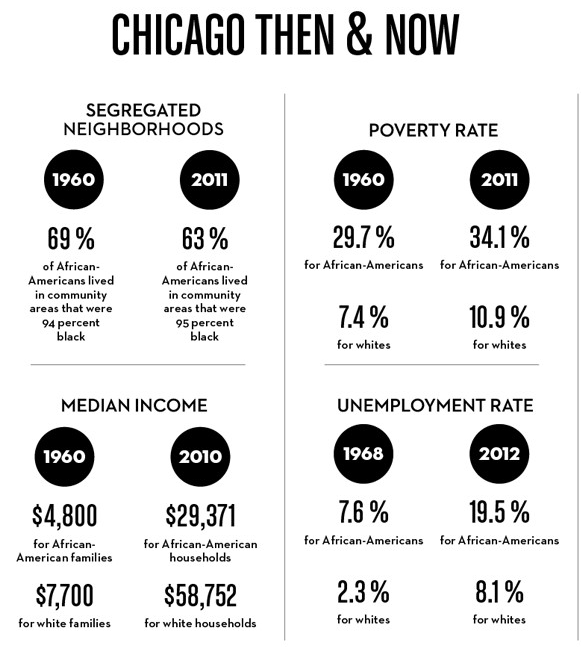 As you can see, neighborhood segregation has declined, but just a little and still over 60% of Blacks live in a neighborhood that is 95% Black residents. While rates of poverty for both populations were greater in 2012 than in 1968 (that’s another issue), the rate of poverty among the Black population in Chicago in 2012 was 3.13 times more frequent than the White population, less than the 4 times more frequent in 1968, but still vastly different. The ratio of median incomes has grown LARGER over 50 years.

Another sources of data comes from the Pew Research Center. 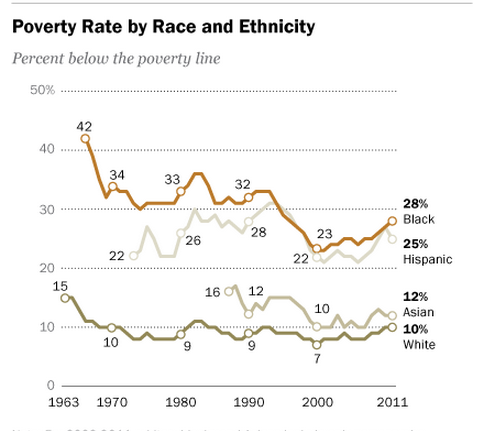 Looking at national, rather than just Chicago data, it is evident that poverty rates across racial and ethnic groups have declined since the late 1960s, with the exception of Hispanics. However, we see the ratio between Whites and Blacks remain very similar across the decades. This site also has other data on the perception of relations between racial groups and Blacks getting fair treatment in society.

The final data tool I utilize in my class to make the point that race still matters in structural, economic outcomes is from the New York Times. The following interactive data tool looks at the unemployment rate during the initial years of the current economic crisis. 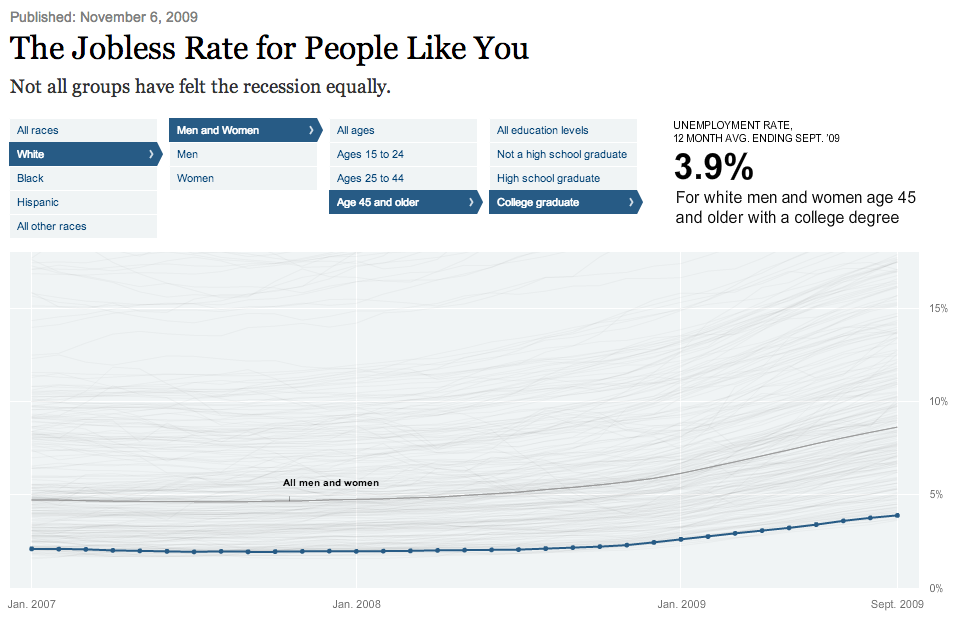 The power of this tool is the ability to control race, gender, age and educational level. That way you can directly compare the unemployment rates of college educated men age 25-44 and other combinations.

Lastly, Dr King wrote an academic piece that I only recently discovered. It is entitled, “The Role of the Behavioral Scientist in the Civil Rights Movement”, published in American Psychologist in 1968.