MINIMUM WAGE: DO WE UNDERSTAND THAT REALITY?

What does it mean to live on minimum 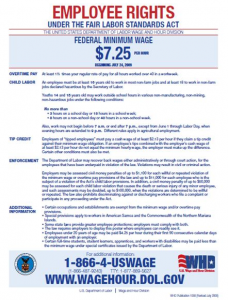 wage in the US? For any student readers of this blog, you are likely very familiar with what it means to earn minimum wage, but it is also likely that fewer of you rely completely on that income for all of your living needs. How do we convey the reality of what it is like to live on minimum wage? Who is it that actually earns minimum wage?

A new tool from the New York Times allows you to calculate how far a minimum wage salary would go towards the basic monthly expenses and the resulting debt (most likely) that one would incur trying to to make ends meet. 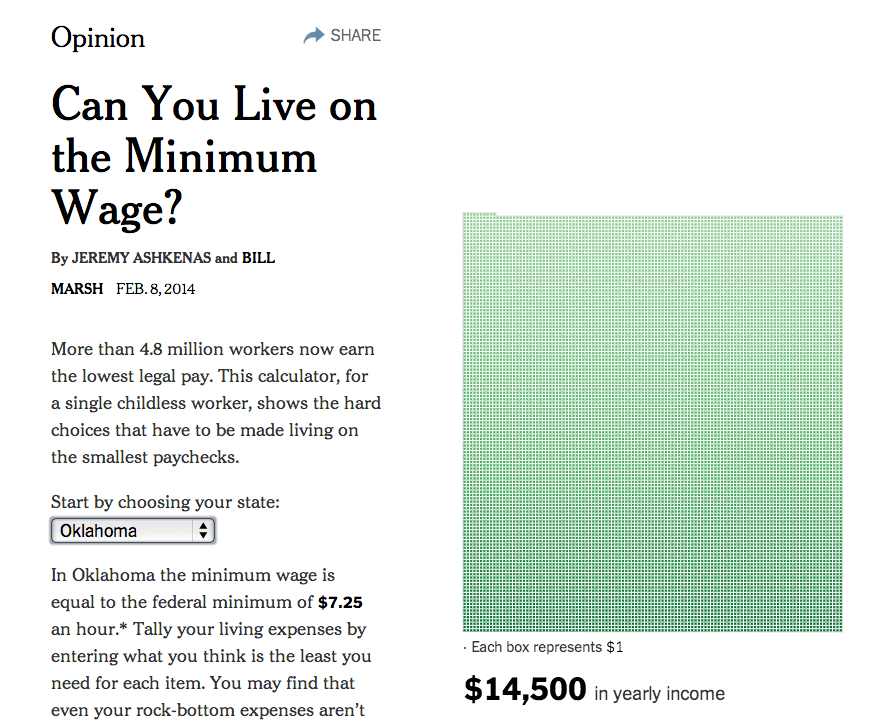 You begin with $14,500 in annual salary (depending the state you live in) and then can add expenses for housing, utilities, transportation, food, and more. As you add the monthly or annual costs, you can see your annual salary dwindle.

This is a great interactive tool for classrooms in the US because it allows students to explore the specific context of their state and you could have them do searches of rental listings online or in the paper too see where and what they could afford.

Living in Chicago, if I managed to: find a room to rent for $350 (good luck), spent only $75 on utilities (so no high speed internet or cable), $150 on what would have to be public transportation, nothing on healthcare, had managed to not accrue any debt or loans, spent $50 bucks a week on food and another $50 on household items, $125 on taxes each month, and an additional $100 on “other” expenses (cell phone, clothes, an occasional movie, medicine, music, dinner with a friend, books, the dentist and eye doctor…the list remains long for just $100) only then would I have $100 remaining for THE YEAR. That’s not much leeway for “life” to happen.

When we picture minimum wage workers, many of us may think of a teenager behind the counter of a fast food restaurant. That picture is not accurate. According to the Economic Policy Institute, 88% of those earning the minimum wage are NOT teenagers and over a quarter of them have children. 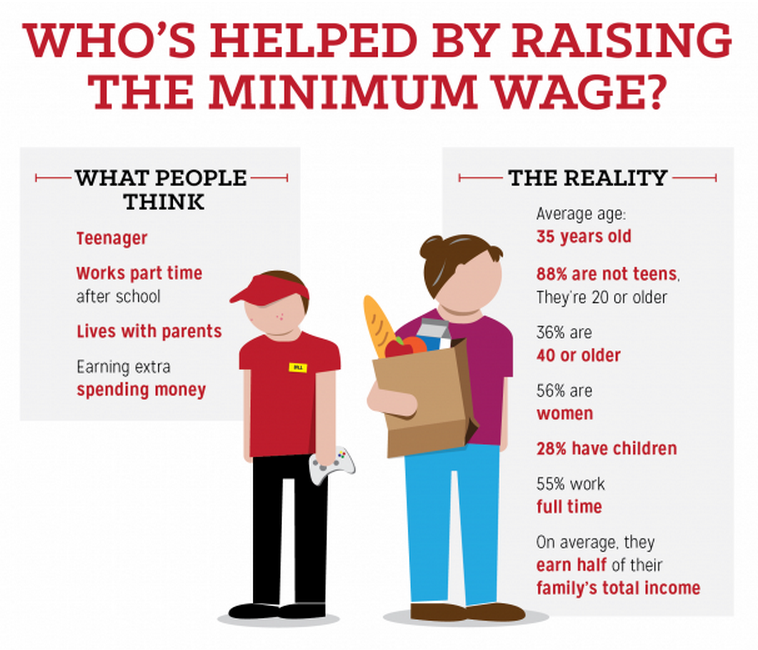 The real value of minimum wage (in 2012 dollars) has steadily declined for the past 50 years. While there are small spikes each time it is raised, as you can see from the Economic Policy Institute’s chart below, the general trend has been in decline. In fact, since the early 1980s, working full time, every week of the year at a minimum wage job has not been enough to keep a single parent (with one child) above the official poverty level. 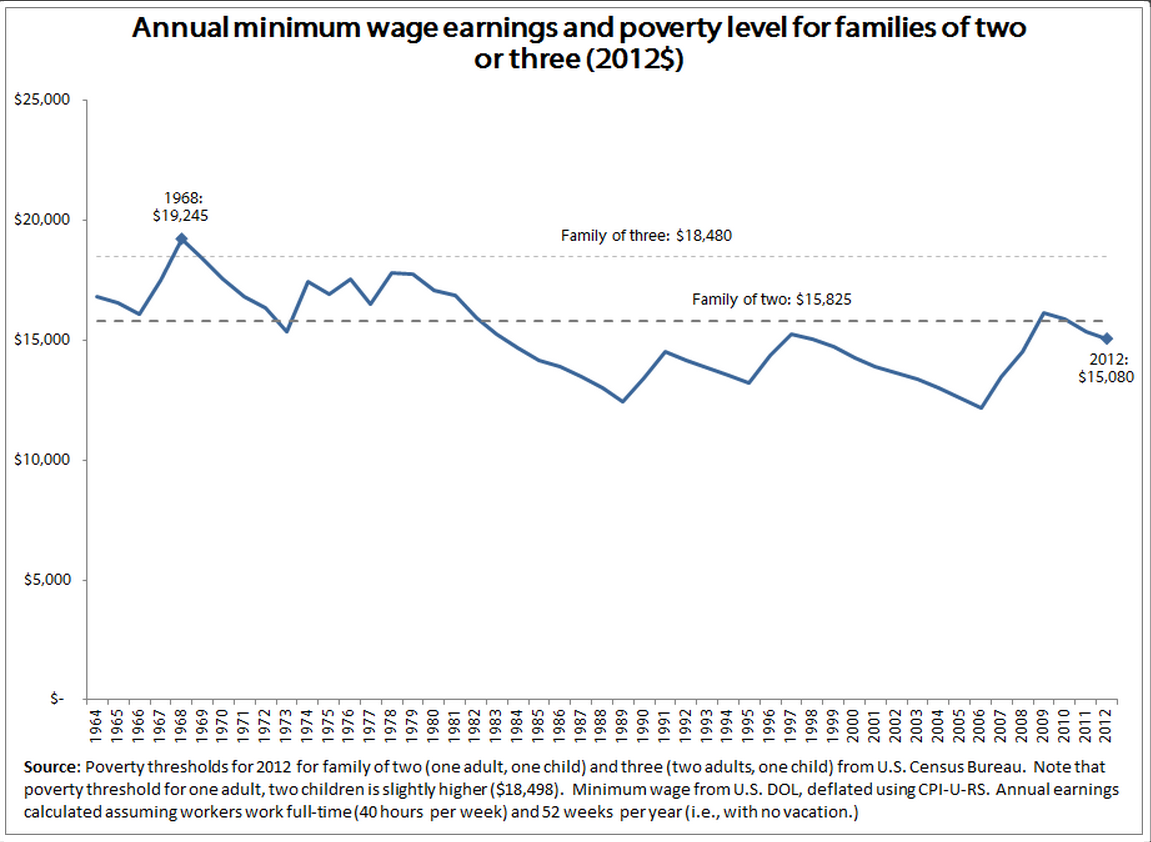 Click on the image below to go to an interactive chart that traces the inflation adjusted value of minimum wage since 1938. 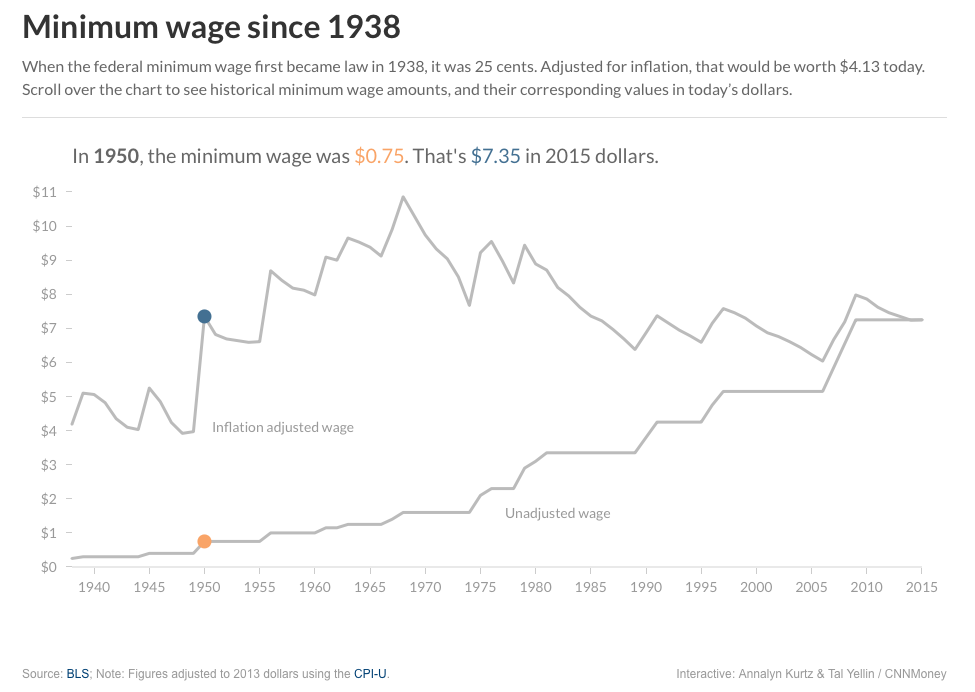 The last resource I will point out to help us understand what it is like to live on minimum wage is an episode from Morgan Spurlock’s (of Super Size Me fame) 30 Days. In this episode, he and his partner try to live for 30 days on minimum wage. If your library has the DVD set, the minimum wage episode the first of season 1. It is also on Amazon and Netflix 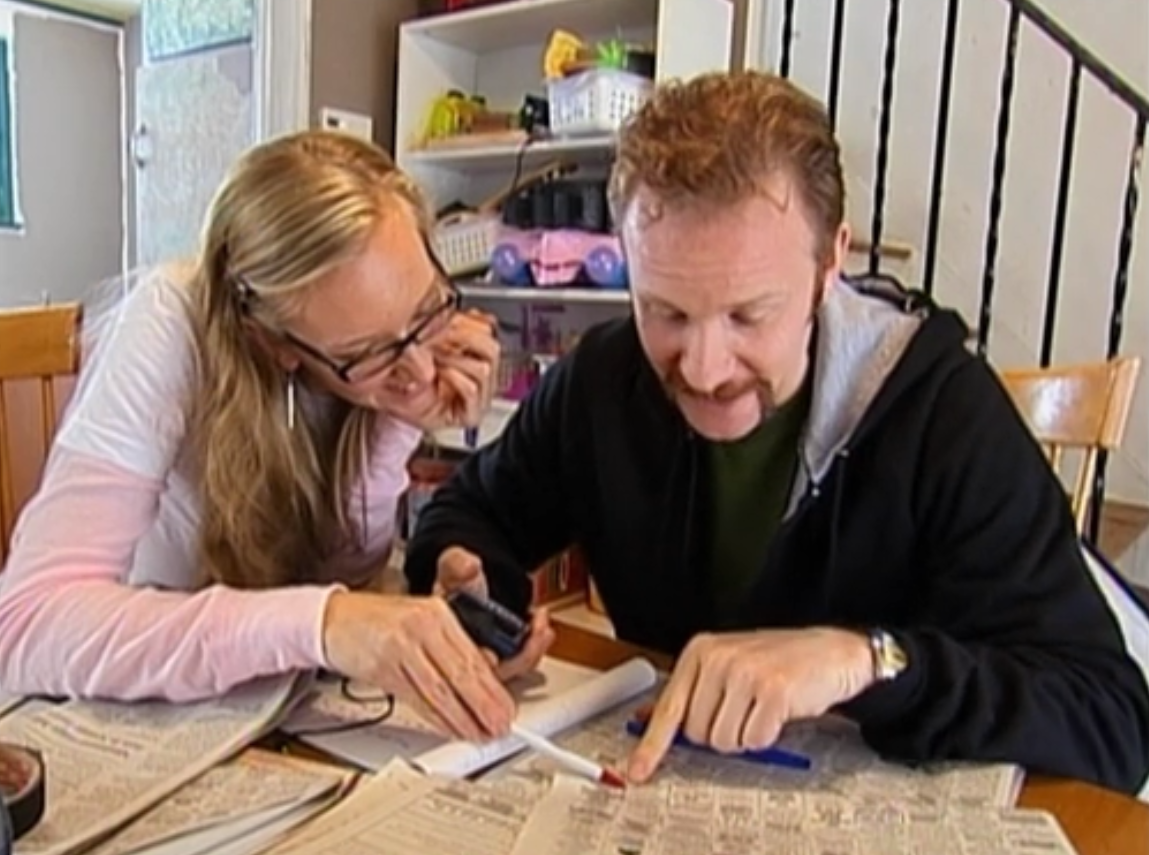 As US politicians and policy advocates begin another round of debates about the minimum wage, we can teach our students to understand the realities of trying to survive on minimum wage…and ask why isn’t there a maximum wage?

More recently a social movement has emerged organizing retail, fast food, and other workers that commonly get paid minimum wage. They are trying to get the minimum wage raised to $15 an hour. 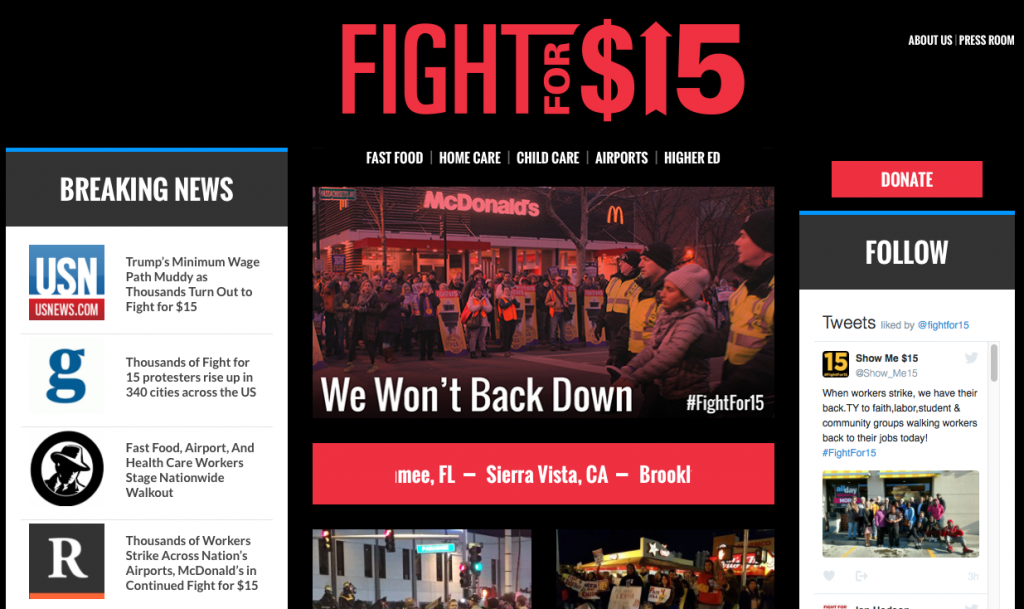 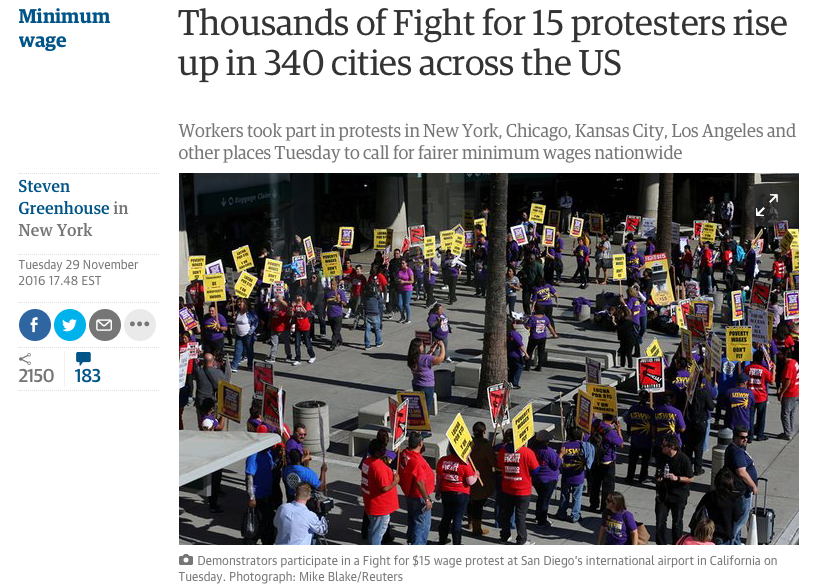