PICTURING THE US ENVIRONMENT: Before the EPA

In the early and mid-70s the then newly established US Environmental Protection Agency (EPA) hired a couple dozen freelance photographers to document environmental problems in the US for a project they called Documerica. These 15,000 images are now part of the national archives and available here. As the EPA budget, staff, and regulations are being severely slashed by Trump and the Republican controlled House and Senate, it is worth reflecting on some of the problems that the EPA has served to address to make our air, land and water cleaner and safer for humans and other species.

Below is a selection of illustrative images from the collection. 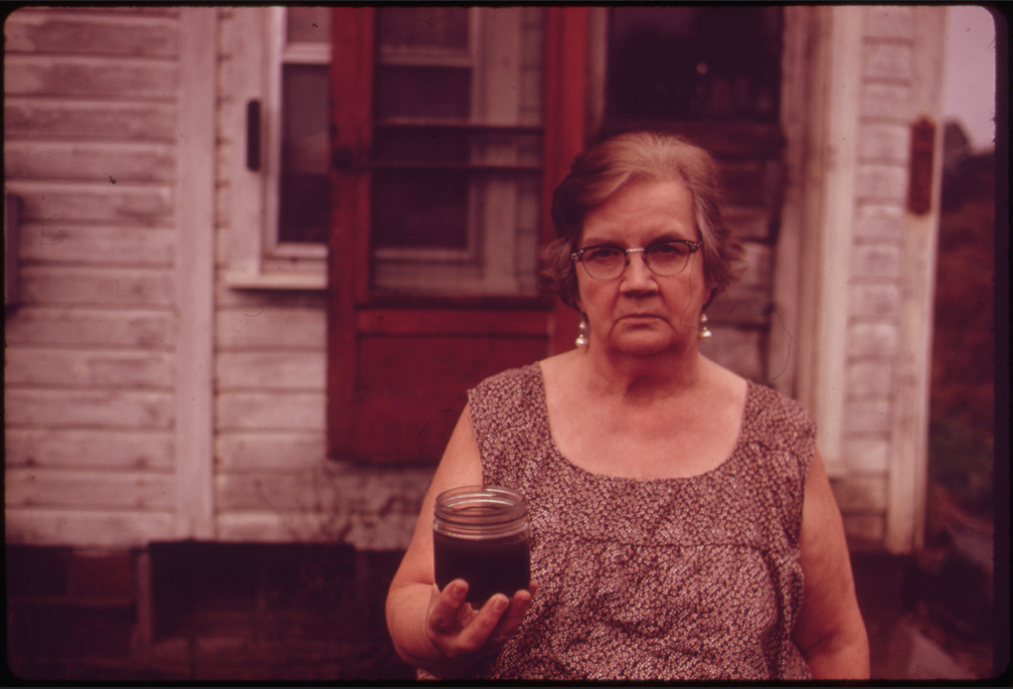 Original Caption: Mary Workman Holds A Jar of Undrinkable Water That Comes from Her Well, and Has Filed A Damage Suit Against the Hanna Coal Company. She Has to Transport Water from A Well Many Miles Away. Although the Coal Company Owns All the Land Around Her, and Many Roads Are Closed, She Refuses to Sell. 10/1973 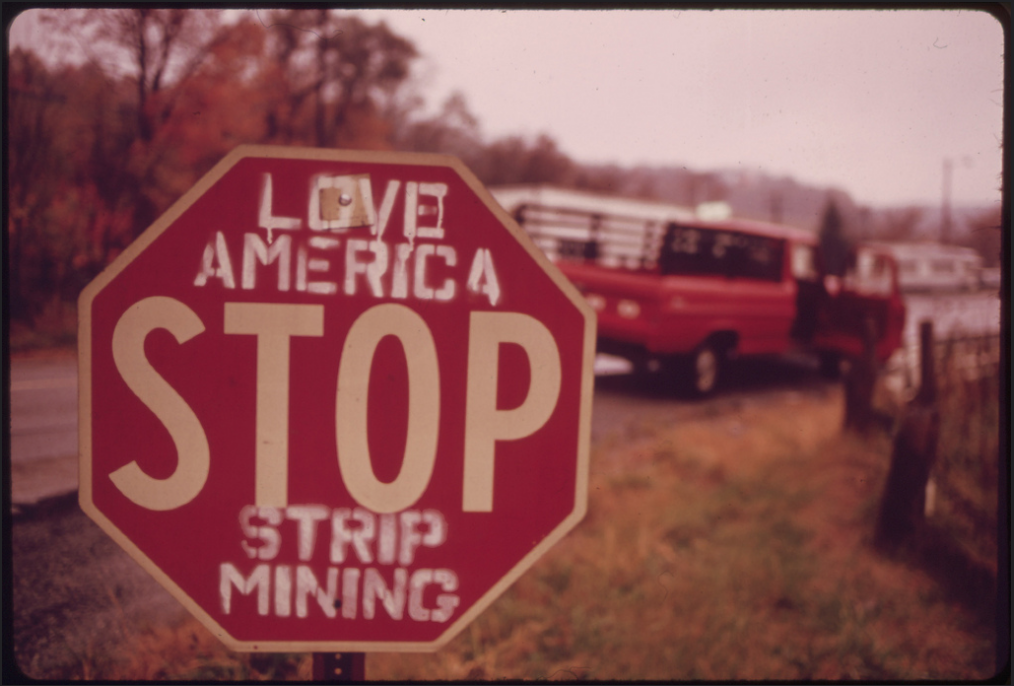 Original Caption: There Is Some Local Opposition to Stripping the Land in Southeastern Ohio. Most People, However, Are Employed by the Coal Companies and Are Afraid Any Demands for Reform Will Cost Them Their Jobs. Off Route 800. 10/1973 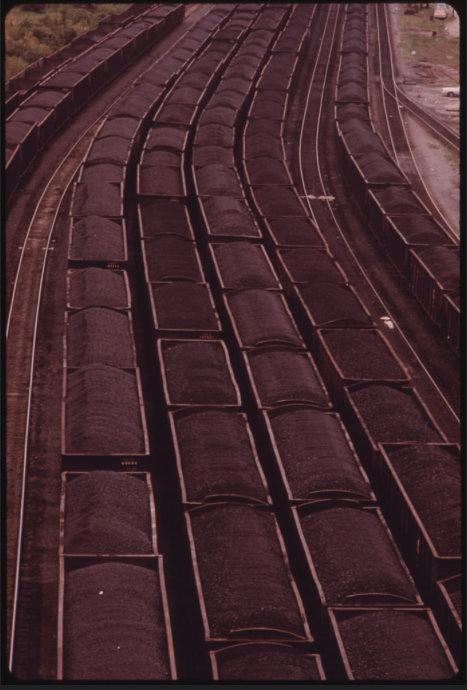 Original Caption: Loaded Coal Cars Sit in the Rail Yards at Danville, West Virginia, near Charleston. Awaiting Shipment to Customers. It Is One of the Largest Transshipment Points for Coal in the World. A Constant Stream of Rail Cars Is Moved in and Out of the Small Town 04/1974 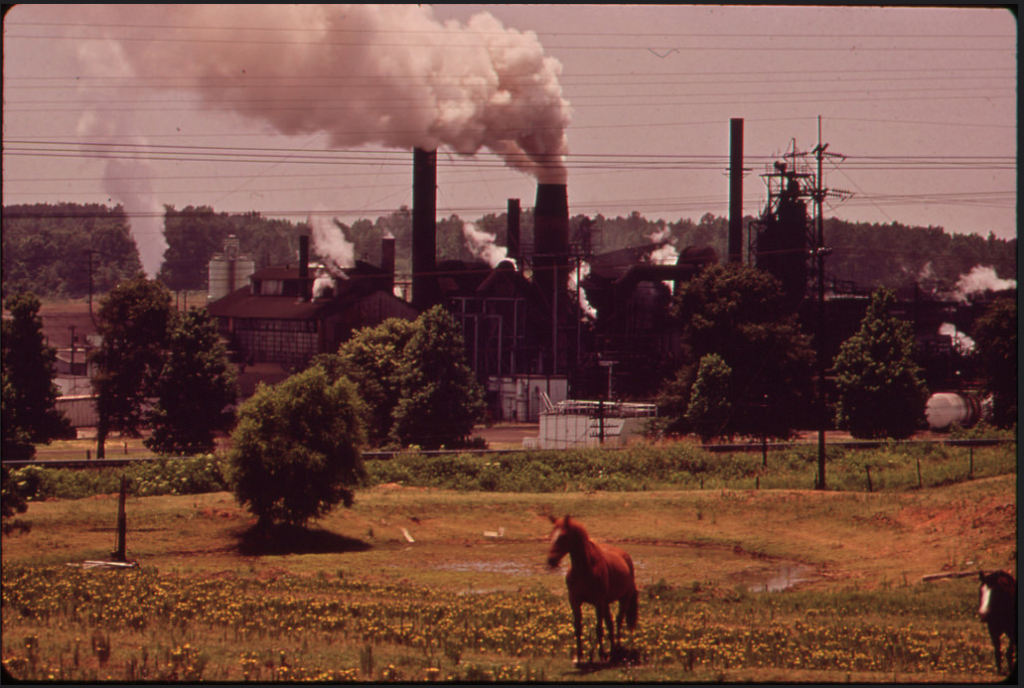 Original Caption: The Atlas Chemical Company Belches Smoke across Pasture Land in Foreground. The Plant Is Referred to as “Old Darky” in the Community Because Black Soot from the Plant Covers Everything Near-By. One Farmer Claims He Lost Several Cows Due to Soot and Chemicals from Atlas, 06/1972 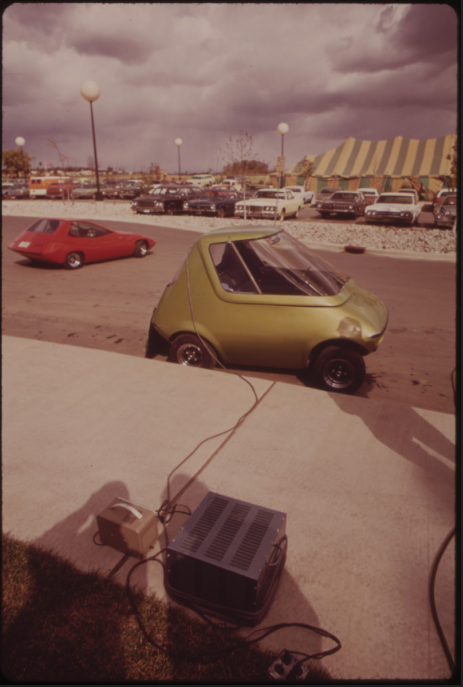 Original Caption: Exhibit at the First Symposium on Low Pollution Power Systems Development Held at the Marriott Motor Inn, Ann Arbor Vehicles and Hardware Were Assembled at the EPA Ann Arbor Laboratory. Part of the Exhibit Was Held in the Motel Parking Lot General Motors Urban Electric Car Gets Battery Charge. in the Background (Left) Is the Ebs Electric “Sundancer” 10/1973 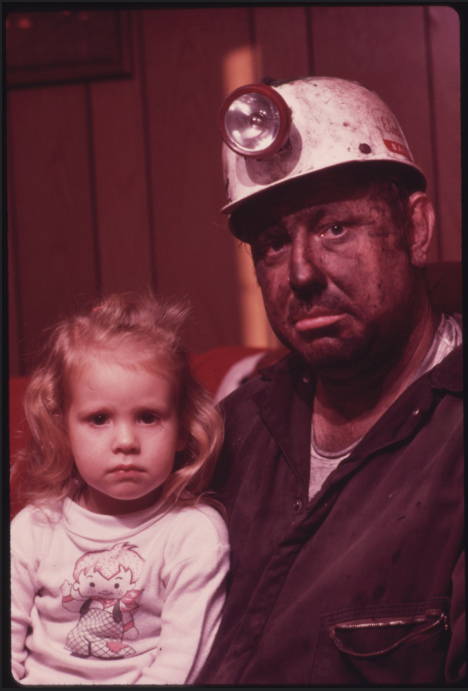 Original Caption: Miner Wayne Gipson, 39, with His Daughter Tabitha, 3. He Has Just Gotten Home From His Job as a Conveyor Belt Operator in a Non-Union Mine. as Soon as He Arrives He Takes a Shower and Changes Into Clothes to Do Livestock Chores with His Two Sons. Gipson Was Born and Raised in Palmer, Tennessee, But Now Lives with His Family near Gruetli, near Chattanooga. He Moved North to Work and Married There, But Returned Because He and His Wife Think It Is a Better Place to Live 12/1974 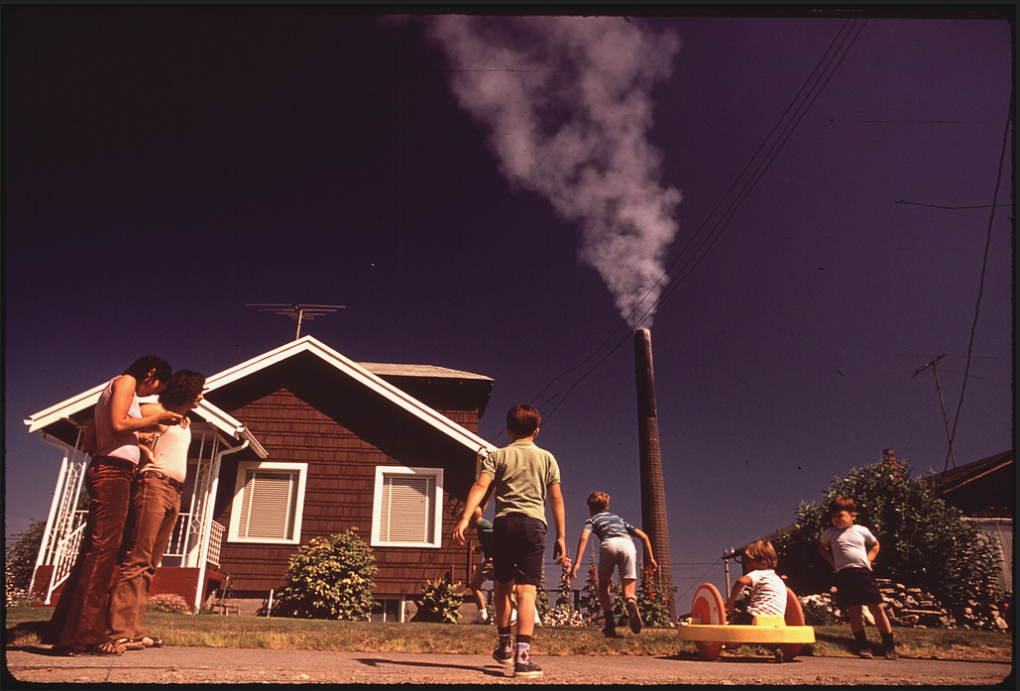 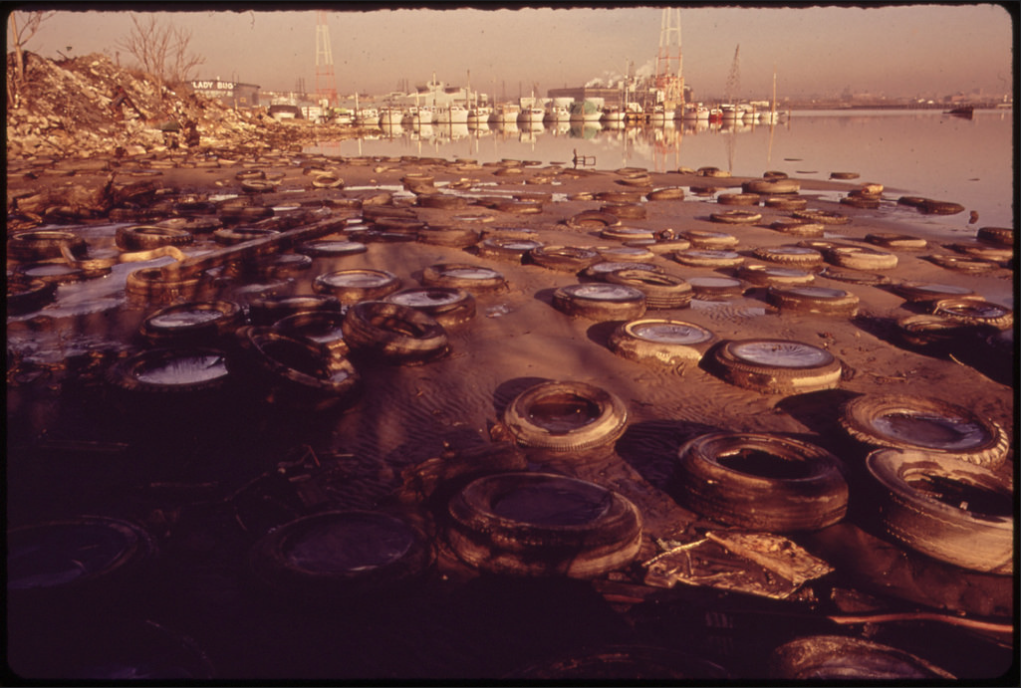 Original Caption: Trash and Old Tires Litter the Shore at the Middle Branch of Baltimore Harbor, 01/1973. 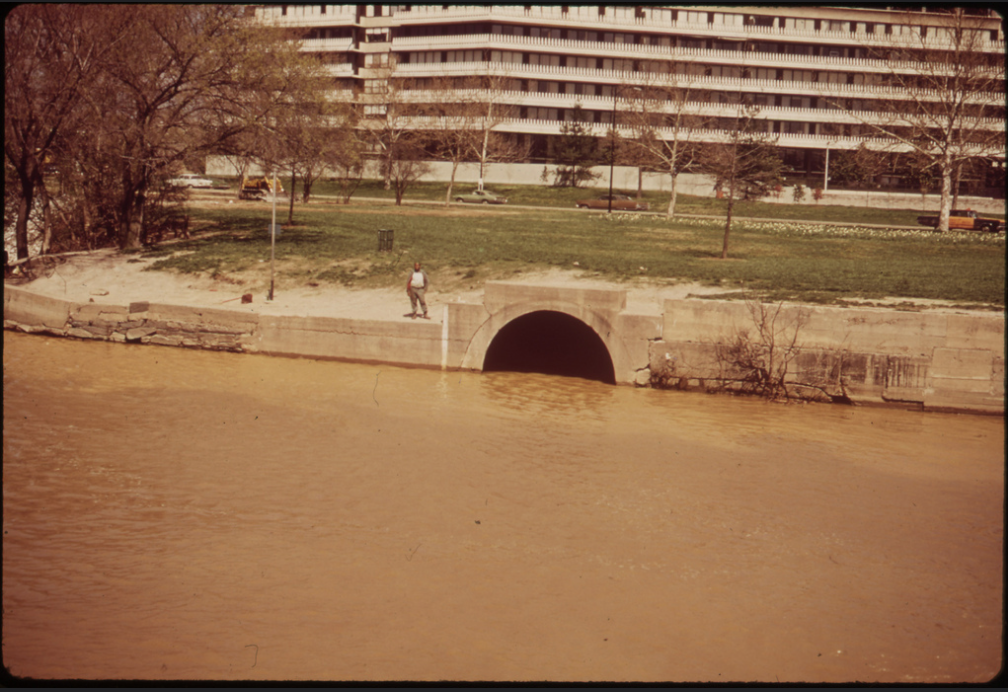 Original Caption: The Goergetown Gap, Through Which Raw Sewage Flows into the Potomac. Watergate Complex in the Rear, 04/1973. 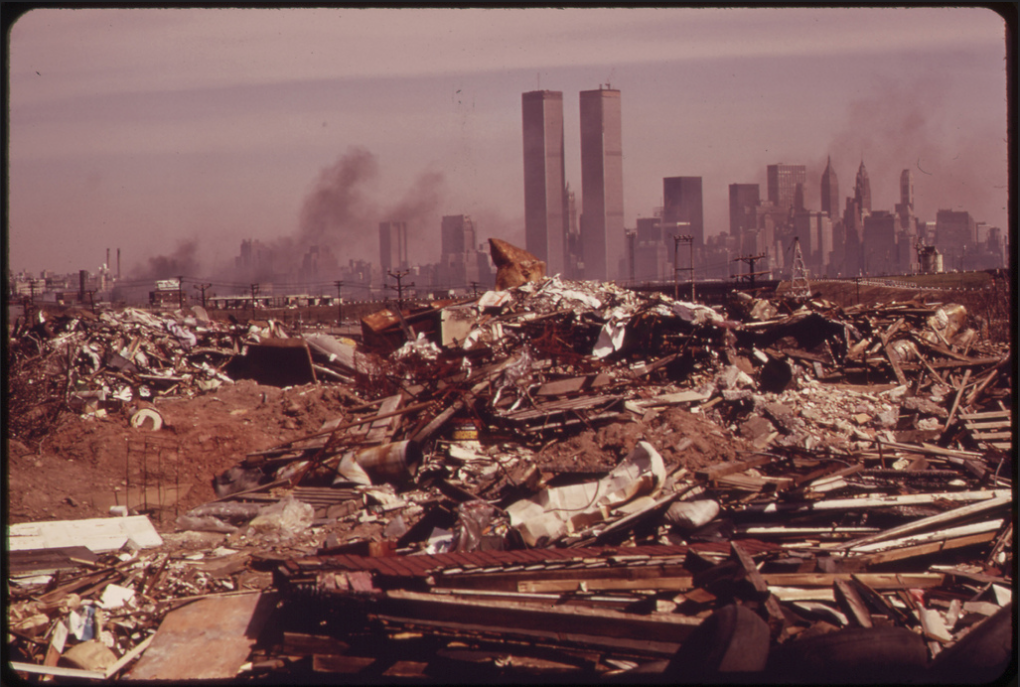 Original Caption: Illegal Dumping Area off the New Jersey Turnpike, Facing Manhattan Across the Hudson River. Nearby, to the South, Is the Landfill Area of the Proposed Liberty State Park, 03/1973. 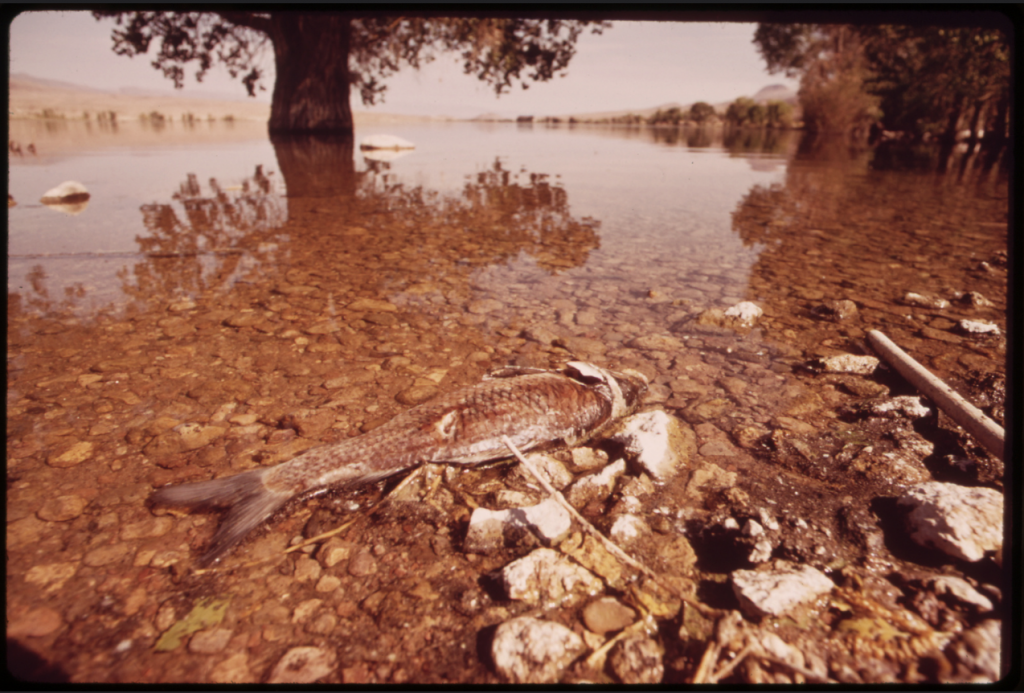 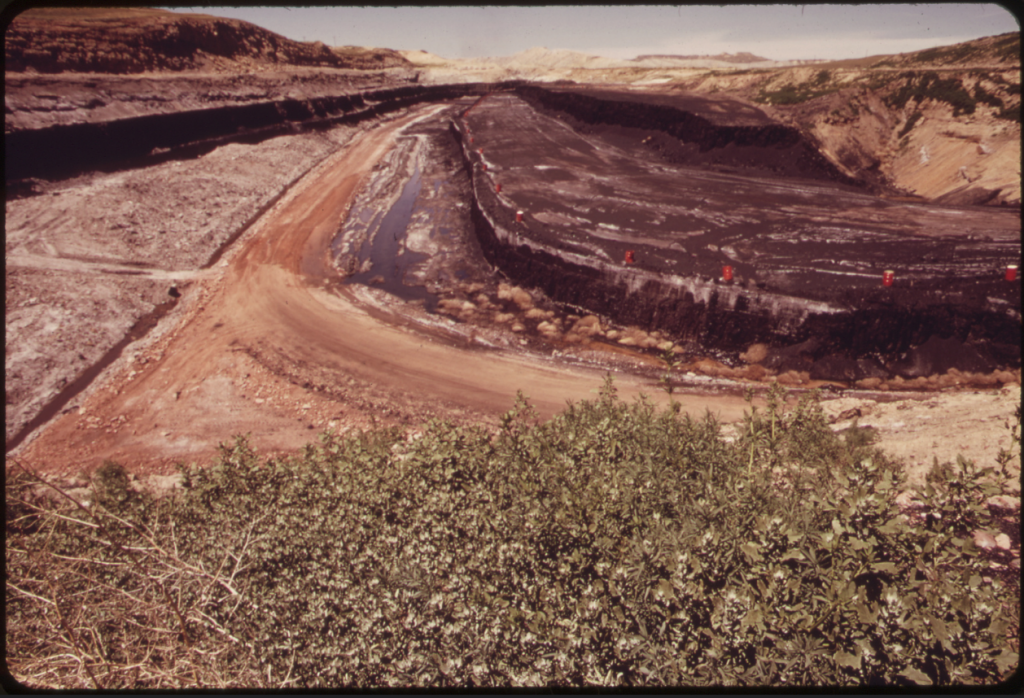 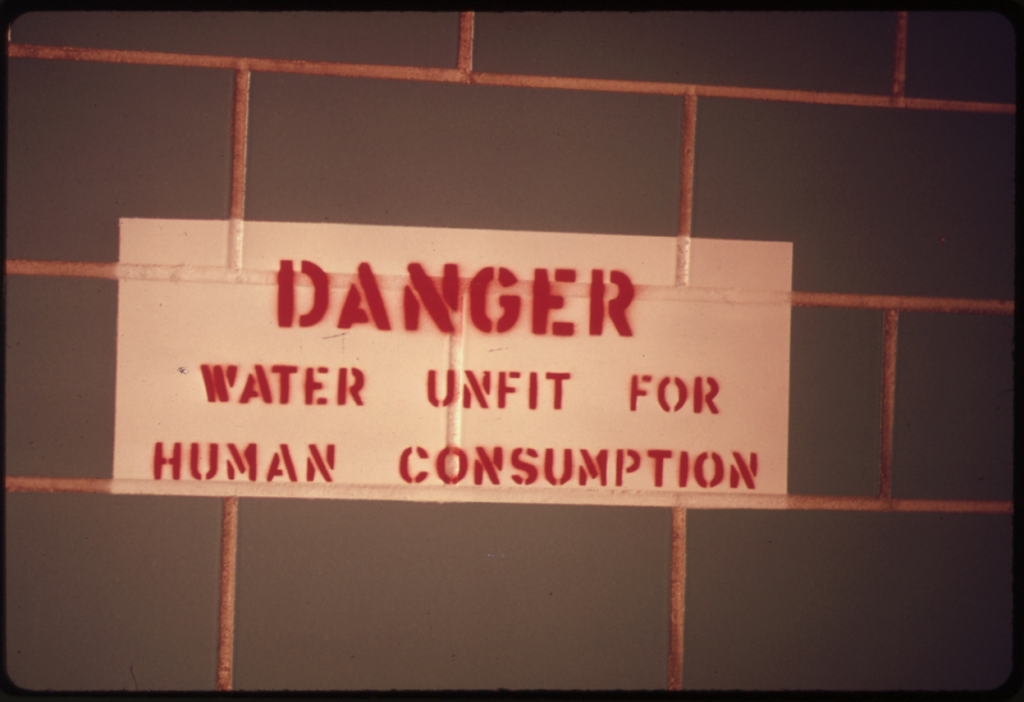 Original Caption: Sign in a restroom along Interstate 25 south of Colorado Springs, Colorado, warns that water is undrinkable, 04/1974 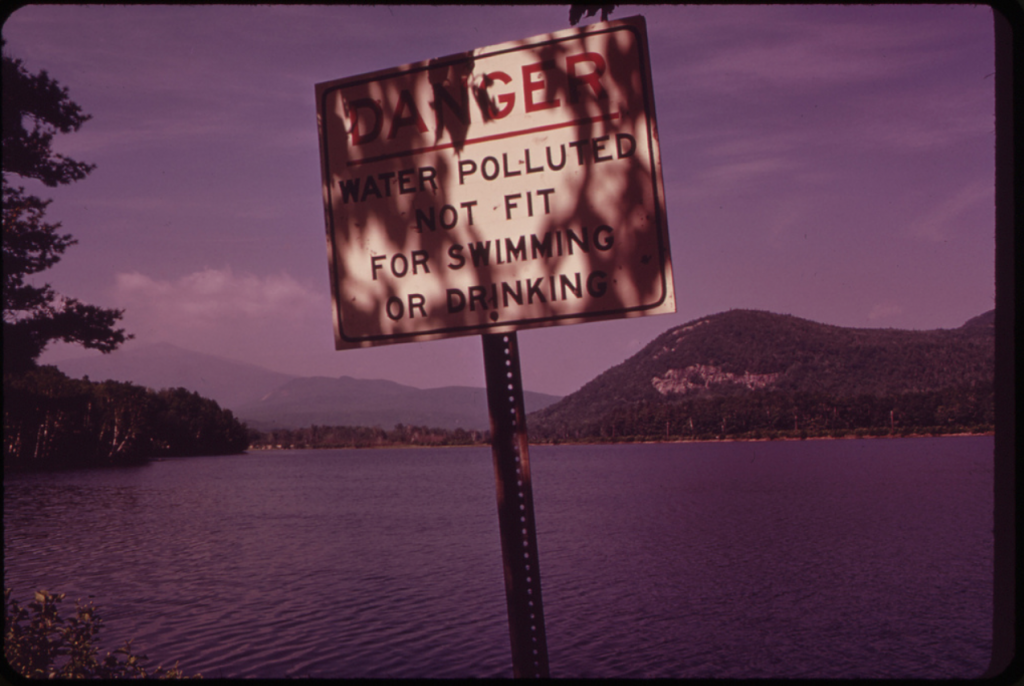 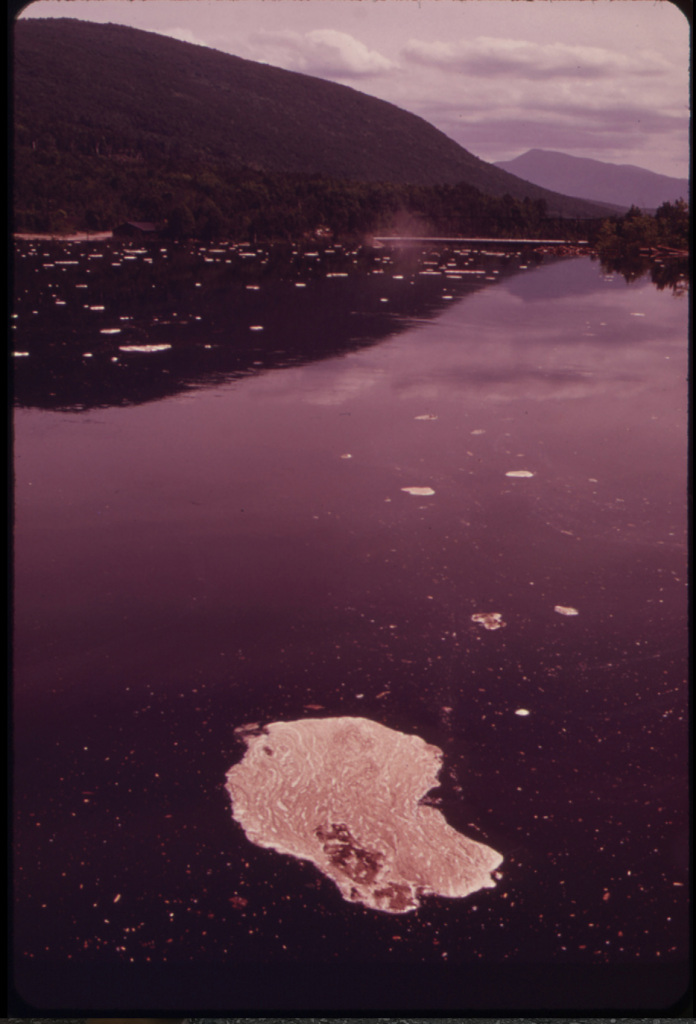 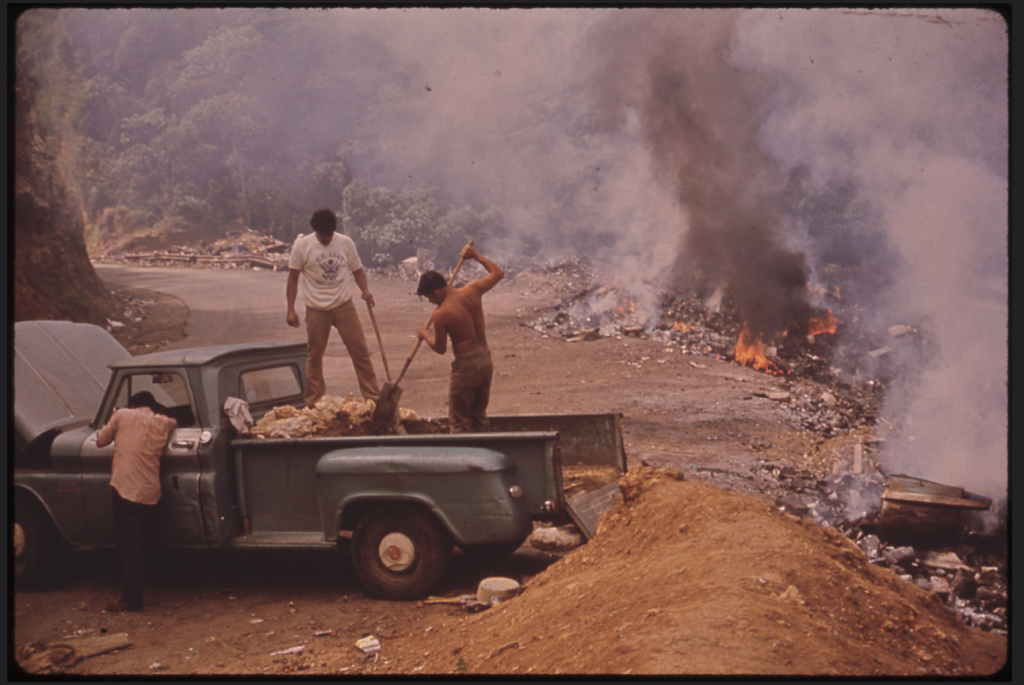