AFFIRMATIVE ACTION IN COLLEGE ADMISSIONS: A paper assignment for your class

What better time to teach the issue of race and affirmative action from a sociological point of view?

The New York Times reports, “The Trump administration is preparing to redirect resources of the Justice Department’s civil rights division toward investigating and suing universities over affirmative action admissions policies deemed to discriminate against white applicants, according to a document obtained by The New York Times.”

Here’s an assignment that I created to help students engage in the topic of affirmative action in college admissions. It is also available on ASA’s TRAILS  teaching resource site.

You can download a Word document of the assignment instructions and rubric HERE from a shared Dropbox folder.

You will be able to customize it for your needs and I and highlighted the areas in the text that you will need to add specifics.

I have the students read the ASA’s Amicus Brief to the Supreme Court of the United States in the case challenging the affirmative action policies of the Michigan Law School. This document provides an excellent summary of the sociological research on educational inequalities and racial inequalities that impact the educational experience and subsequently one’s application to college. 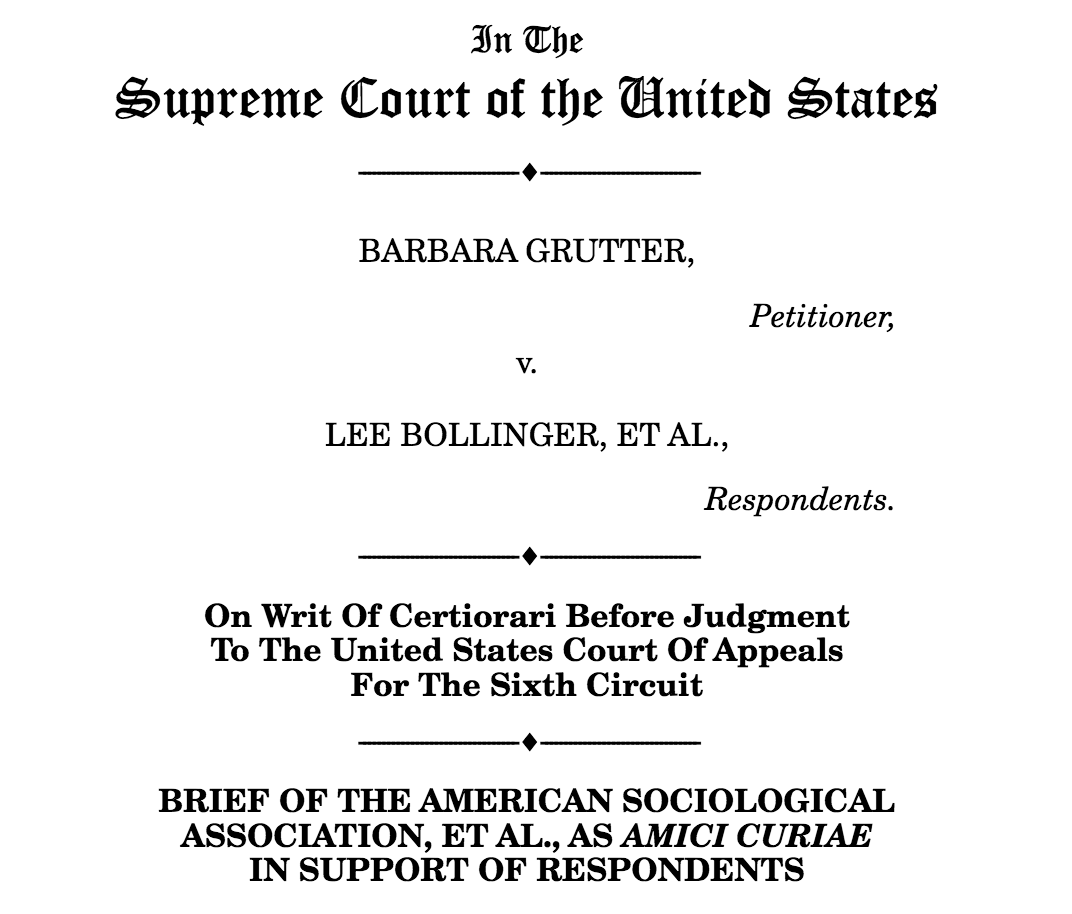 This assignment has an additional element to it, that is peer grading. Students learn from each other during class discussion or formal class presentations and they get feedback from professors on their papers, but they never really get an opportunity to read each other’s written work. In this assignment, I collect the physical papers and anonymize them and hand them back out for peer grading. This reinforces learning, as the students need to be really sure they know the material to grade someone else’s work. Additionally, they get to compare their writing to someone else’s. It is all done anonymously and I have the final say on all the grades. I have found that students typically end up grading their peers with very high standards. Peer grading can also expose students to an opposing argument. After the process is complete, there is ample opportunity and material to generate discussion in class. I also use it as an opportunity to discuss the double-blind peer review process of academic research.

You could also add a counter argument against affirmative action in college admissions decisions with articles such as these:

Or you could have students research their own.

I have found that engaging students in issues in the news or in public debate helps the become more engaged and learn to see issues from a sociological perspective. Apparently, the current justice department wants to revisit the issue of affirmative action.

Below see some additional resources for your use in classes about affirmative action in education. Click on the select images to be redirected to the full article. 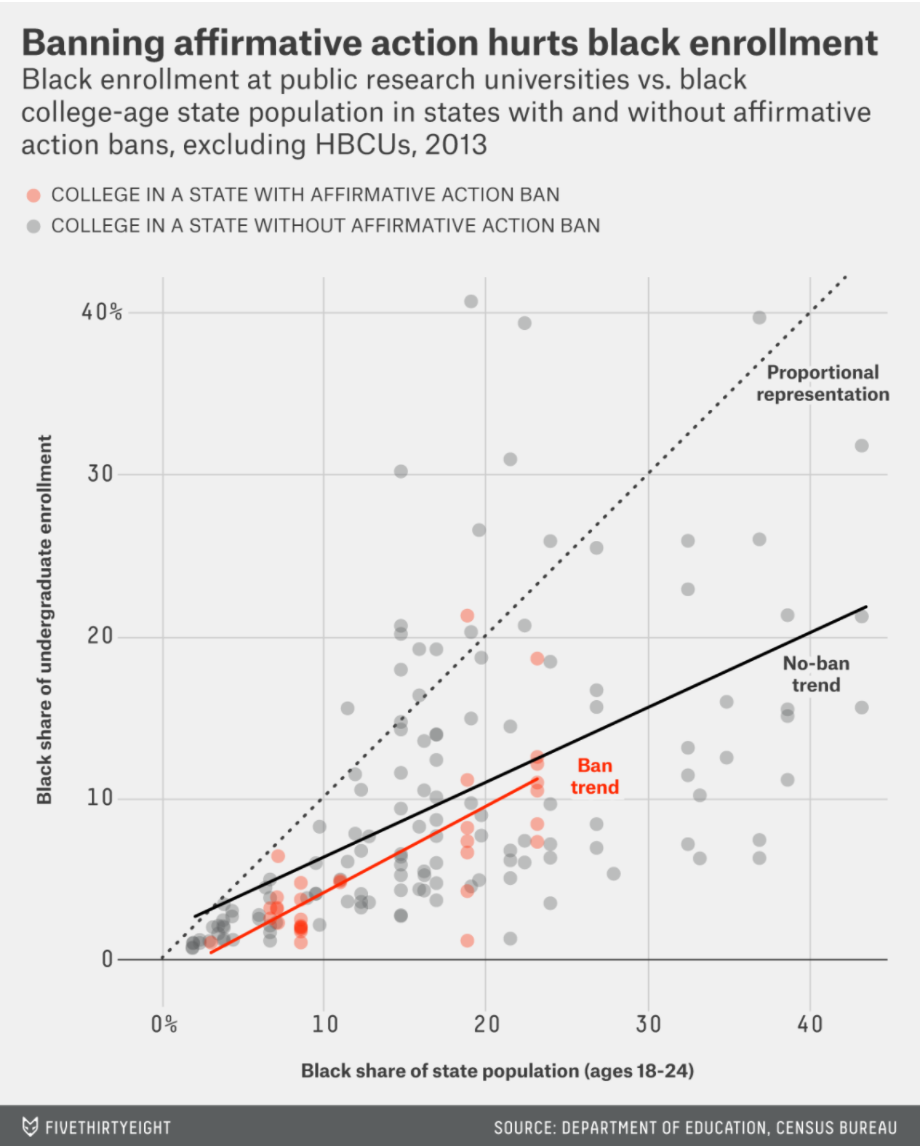