Big Questions: How Do We Move Beyond Stigma in Mental Health?

Discussions about mental health often focus on the role of stigma in preventing people from accessing mental health resources. Join us as we explore how we can move beyond stigma in our efforts to address mental health concerns, improve access to mental health services, and enhance well-being for all.

How to remember the wartime Japanese-American incarceration

Historian Yuichiro Onishi places the history in the present.

Erika Lee — a University of Minnesota history professor and director of the University’s Immigration History Research Center (IHRC) — talks about her latest project, the Immigration Syllabus, an online tool to help faculty, teachers, students, and the general public better understand the history of immigration in the United States.

What Americans Believe about Voting Rights for Criminals

Politicians argue over whether former inmates can and should vote, but citizens are increasingly unified in their position. Sociologist Chris Uggen provides a public opinion brief through the Scholars Strategy Network. 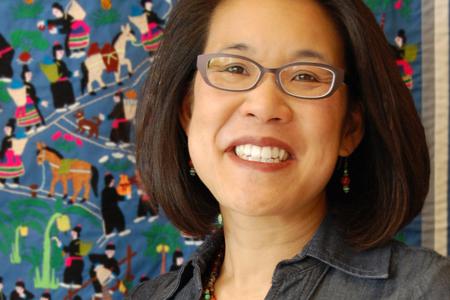 Historian Erika Lee reminds us that there have always been those who have tried to “raise the specter of immigrant menace.” However, “History shows us that those xenophobes were out of step – not representing the true spirit of America.”

Crime and Punishment---Do We Need a Fresh Start?

Drawing on his wide-ranging research, a leading SSN sociologist argues that now is the time to revamp America’s troubled criminal justice system.

In an enlightening forum at the University of Minnesota’s Humphrey School of Public Affairs sponsored by Minneapolis-St. Paul SSN, Christopher Uggen discussed the state of criminal justice in America with district court judge…

Unlocking the Mysteries of Language

The ability to speak, to learn languages: It is one of the most–if not the most–defining of human characteristics. But the whys and hows of how it evolved fascinate scientists, including Michael Wilson in the Department of Anthropology.

To Close the Achievement Gap

Today, roughly 50 percent of black students drop out of high school, and another 50 percent drop out of college. “When a student drops out of school, we all lose,” Keith Mayes says. “Who knows what that student could have achieved with a good education? We all lose out on that student’s potential to change the world.”