Dr. Ted Thornhill is a professor at Florida Gulf Coast University in Fort Myers, FL. He has published several academic journal articles about race, racism, and racial inequality in educational institutions; this includes discussing how race shapes smaller processes such as individuals’ socialization and larger processes such as admissions criteria and educational curriculum. Dr. Thornhill is one of several professors who have faced student organizations and political groups that oppose teaching about race and racism, and he has appeared on CNN and other national media outlets to discuss the importance of such education. We discussed these experiences, as well as the importance of studying subtle “new racism” practices even as overt prejudices rise; read more below!

1) Several professors and colleges have faced student organizations and political groups who throw around accusations that teaching about race, racism, and racial inequality is “racist towards whites;” please tell our readers about your experience with this! Can you discuss strategies that you and other professors could use to continue teaching about race and racism in the face of such contestation?

I’ve taught racial stratification courses for a decade. They’ve gone by various titles. This past spring, I taught a course called “White Racism” and white people (and some stupid people of color) went apoplectic. For violating the color-blind imperative, in naming, describing, and defending my course, I was the target of a right-wing outrage campaign that emanated from coverage in practically every conservative media outlet and white racist hate group website. And I was flooded with hundreds of harassing, malicious, hateful, and threatening emails, voice mails, postal letters, and social media messages. This campaign lasted much of the academic year.

Yet, this wasn’t the first time a course called “White Racism” had been taught. An identically titled course had been offered at the University of Connecticut for nearly 25 years. Further, the term “white racism” has been in the scholarly and general public’s lexicon since at least the 1940s. I suspect that the current political climate had something to do with the volume, though certainly not the ferocity of white people’s reaction to my course.

We need more anti-racist candor in this country, and especially within the academy. In my estimation, too many academics who claim to care about racial inequality and who teach courses on race and racism are so consumed by their career ambitions that they intentionally moderate the content and tone of their speech vis-à-vis racial matters so as not to discomfort or anger white people. I believe anti-racist educators will sleep better at night when they don’t compromise their values in the classroom or outside of it; I know I do,

Further, I always stay cognizant of the fact that there are others who came before us, people who sacrificed considerably more than most of us have for the advancement of racial justice and liberation from racial domination. The least that those of us committed to the eradication of systems of domination can do, is not capitulate in the face of hate and threats of violence by moderating our tone or silencing ourselves in the classroom, at committee meetings, or elsewhere. Professors who embrace such an unrepentant, anti-racist posture do increase the possibility that they will be targeted by right-wing student activists, which will likely lead to scurrilous conservative media coverage; a targeted campaign of hate, harassment, and threats of violence; and possibly institutional surveillance, investigation, and/or sanction. But I think we ought to do it anyway.

Here are 7 suggestions for dealing with those who would challenge you for doing so. 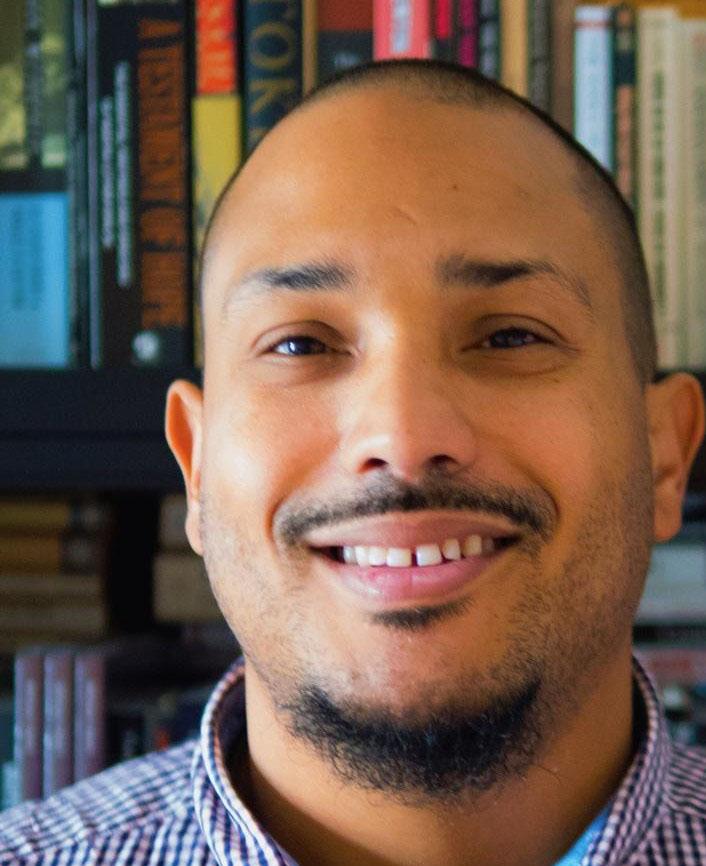 2) Much of your previous work has focused on racial discrimination and race in educational institutions, particularly how the idea of “diversity” does and doesn’t tackle racial inequality in such spaces. Can you tell our readers why you are interested in these topics?

While we are currently witnessing a resurgence of publicly expressed, overtly racist sentiment and race-based hate crimes, these are not the principal means through which most black and non-black people of color have their life chances adversely affected. Rather, it is what Dr. Eduardo Bonilla-Silva calls “new racism” practices that are most harmful. It is these subtle, institutional, and purportedly non-racial policies, practices, laws, traditions, and a seductive color-blind ideology that are the focus of my research. My attention has been increasingly trained on those places where I suspect there may be new racism practices operating.

My research and writing is motivated by my anti-racist politics, and, to be frank, my disgust with white people (and more than a few stupid people of color) who willfully refuse to acknowledge the history, empirical scholarship, news reports, and personal testimonies that attest to the pervasiveness and injuriousness of racism and white supremacy. Some years ago, I was a faculty member at a historically and predominantly white liberal arts college in Minnesota, which enabled me to experience firsthand how such an institution pretends itself deeply committed to “diversity and inclusion,” while simultaneously defending and instituting policies, practices, and traditions that marginalize and harm students, faculty, and staff of color. The white administrators and faculty at this institution also attempted to gaslight and penalize folks of color on campus who refused to capitulate and drink their color-blind Kool-Aid. The contrast between the white racist logic of this institution and its oft-professed but meaningless commitment to diversity was so palpable and hypocritical that it inspired in me a renewed focus to produce scholarship that not only moves our understanding of racism and racial domination forward, but that is also accessible to undergraduate students and the general public.

Over the past few years, I’ve been using the audit method, specifically the correspondence approach, to investigate “new racism” practices in higher education. Most recently I audited over 500 white admissions counselors’ email practices and found that they are less responsive to black students who demonstrate a commitment to racial justice. I have several additional audit studies at various stages that are designed to assess whether and the extent to which racially discriminatory practices are present in the market for fitness-related services, youth activities, and home services.

3) In your own words, how would you define the concept of “public sociology?” How do you feel that the spirit of public sociology informs your teaching and research goals surrounding race?

I think of public sociology as teaching, research, and service that challenges, exposes, and disrupts practices and systems of domination for the benefit of marginalized groups within and outside the academy. I work to ensure my public sociology is rigorous, searing, abrasive, unrepentant, yet accessible. In terms of scholarship, I want my research and writing to inspire people within and outside of the academy to boldly resist racial domination, to offer them practical anti-racist insights, and to provide them with clear and convincing data that can be referenced in conversations and marshalled in support of racial justice initiatives. In the realm of teaching, I want my students to understand that the sociological knowledge about race, racism, and racial inequality that they learn in my courses or others’ courses cannot fulfill its anti-racist potential when it does not inform their everyday thoughts and actions.

Be sure to check out more conversations with Midwestern sociologists on “Meet the Midwest!”!