In this issue of “Meet the Midwest!” we spoke with Dr. Meghan Burke from Illinois Wesleyan University in Bloomington, IL. We discuss racial attitudes and colorblind racism in this political moment where race is an important driver of partisan, ideological debate. Dr Burke studies racial discourses, structural racism, and the relationships between racial ideologies and political landscapes. Her book “Racial Ambivalence in Diverse Communities: Whiteness and the Power of Color-Blind Ideologies” tackles the complex ways that racial diversity does and doesn’t drive people to think about racial inequality. Her book, “Race, Gender, and Class in the Tea Party: What the Movement Reflects about Mainstream Ideologies,” focuses on how so-called “fringe beliefs” can often reflect very normal, mainstream discourses. Dr Burke has also published several research articles about colorblind racism and is a 2016 recipient of the American Sociological Association’s Fund for the Advancement of the Discipline Grant. 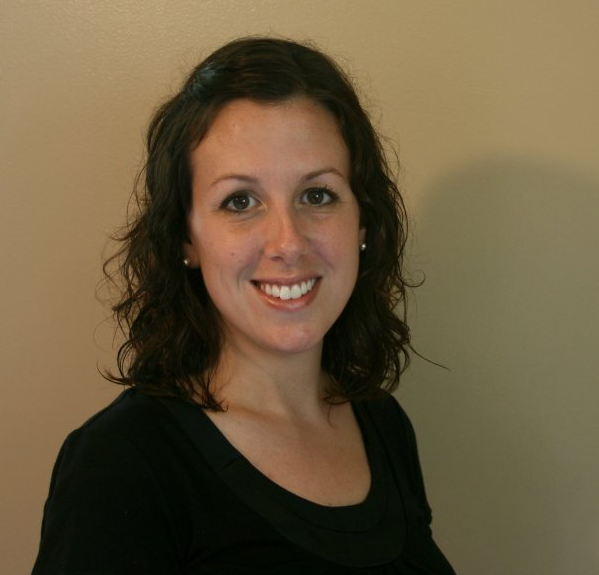 Colorblind racism is the belief that individual efforts and/or what we imagine about each others’, or our own, cultures are what best explain persisting racial inequalities, rather than ongoing racism (e.g., racial bias in policing or hiring) or the legacy of racist practices in the past (e.g., access to housing that could build family wealth). It takes an “anything but racism” approach to understanding these realities –thus the colorblindness, and as such limits our ability to effectively name practices that perpetuate inequality or act to change them –thus racism.

I first became interested in the topic when I encountered Bonilla-Silva’s work in graduate school, and in particular, when I saw many liberal and progressive white folks around me acting in ways that seemed to try to “wiggle out” of their complicity with whiteness and therefore with racism –often by doing identity work to downplay their whiteness relative to other social statuses, or even in some cases to clumsily try to perform some kind of non-whiteness. These were committed antiracists, who seemingly couldn’t grapple with the realities of a white racial identity and practices that could perpetuate racism in their own lives. I found myself thinking about how these practices might show up in spaces where there was an even more obvious influence over racial outcomes –in organizations or institutions that influence the lives of people of color and continue to confer advantages to whites.

All of my research to date examines folks in that very position –not only discrete individuals’ racial beliefs but those individuals who sit in positions of community influence, those who have more social power than ordinary folks in their environment: activists, block club presidents, those with political or other social power. What I found, be they in racially diverse communities where a progressive neighborhood identity was proudly claimed or in a far right movement with deep commitments to conservative politics, was that colorblind discourse and ideology were deep-seated and limited the ability of these folks to act on those often-noble ideals.

In these ways, regardless of their best intentions, they still perpetuate racism. I wrote a book about each of those movements, carefully considering their political/community goals and their individual discourse and action connected to it, as well as a comparative article examining how these two ends of the political spectrum share more in common than we typically believe. Finally, I’ve been working on a number of articles and a new book, out this fall, that steps back from these findings, as well as the findings of others doing related work, and examines how we can deepen our theoretical understanding of colorblind racism and the best ways to empirically examine it.

“The racial discourse and politics of the Southern Strategy of the 1960s, Reagan in the 1980s, Clinton’s support for welfare reform, the Tea Party discourse I analyzed during the Obama era: all of that sounds exactly like Trump’s racism today.”

2) Since the 2016 election, race has become a hot-button-topic in political debates both big and small. In this political moment, what do you see as new directions for social scientists such as yourself who study colorblind racism and post-racial discourses?

I believe that it’s vital that we always ground our analyses, the way we ask questions and the way that we go about collecting our data, from the site of specific social settings where people’s lived experiences grapple with material realities in sight of concrete, practical goals. This means a few things to me.

One is that we start not with the concepts or frameworks of colorblindness and then go out and find examples of their expression among those who we study. The existence, for example, of Bonilla-Silva’s four central frames of colorblind racism is well established. Too often, we end up only replicating the argument that colorblind racist ideologies or discourses persist without generating new insights about how these ideologies and discourses shape specific social settings and material outcomes in complicated ways.

The second way to practice this is to begin just there: with the messy terrain of lived experience and the very real problems connected to racism that individuals encounter in their work within and connected to institutions and communities, and ask what else we might learn about how racism shows up –insights that are also more likely to generate possible solutions rather than the simple diagnosis of colorblind racism.

The post-2016 political climate is actually a great example of this. Many people have asked whether Trump’s own, and his supporters’, racism might mean that we are in a post-colorblind era. (Recall that the Obama presidency prompted many to wonder whether we were in a post-racial era: what a quick inversion!) But most of Trump’s racism is still coded (sometimes called dog-whistle politics) and colorblind. It’s also nothing new. The racial discourse and politics of the Southern Strategy of the 1960s, Reagan in the 1980s, Clinton’s support for welfare reform, the Tea Party discourse I analyzed during the Obama era: all of that sounds exactly like Trump’s racism today. Further, colorblind racism and its supporting discourse existed even before the Civil Rights Era, and has always sat alongside more “traditional,” overt forms of racism. Racial politics are always shifting, the ideologies and discourses surrounding them always multiple and contested, and our connection to them always multifaceted.

It is by no means only those on the right who express and enact racism, colorblind or otherwise. This is also why, as I’ve described, we must remain grounded in concrete social practices and begin our investigations there, rather than with the theories or frames that we suspect we will affirm: refusing to do so will cause us to miss key insights that can help us understand the complexity of modern racism –and it is only from that vantage point that we can consider meaningful resistance to any form of racism that expresses itself in these concrete settings.

3) In your own words, how would you define “public sociology?” How do you feel that the spirit behind public sociology informs your research on racial beliefs in America?

I think public sociology is any sociological research, teaching, or public engagement that utilizes the strength of our discipline –its social scientific findings and our critical lens on power relations, to reveal insights that can be used for the public good. Some may find my work, my teaching, or my campus programming uncomfortable, but I firmly believe that humanizing rather than demonizing these dynamics –all while retaining a sharp critique of racism and other intersecting inequalities–best helps us to work in our spheres of influence to try to get closer to the ideal of a society where race truly does not matter for issues of access and well-being.

Be sure to check out more conversations with Midwestern sociologists on “Meet the Midwest!”