Performativity is becoming one of those terms that every economic sociologist—if not every sociologist—has to know. Unfortunately, it can also be difficult to grasp, as evidenced by the variety of attempts to explain it, from the highly-regarded work of Michel Callon, along with Fabian Muniesa and Donald MacKenzie, to the more informal (but very insightful) accounts available in the blogosphere.

To my own great vexation, I suffered for a couple of years under some sort of mental block about the term. I understood performativity in its original context, in the work of linguistic philosopher J. L. Austin, who observed that language can do more than simply state facts: it can also be a kind of action. Statements such as “I dub thee Sir Galahad, Knight of the Round Table” doesn’t describe a condition, but instead makes something happen. Austin called these “speech acts” performative utterances.

So far, so good. But once scholars in other fields—including gender and queer theory, as well as sociology—adopted the term to their own ends, I lost the thread of meaning. Every time I learned what performativity was supposed to mean in economic sociology, that knowledge promptly got dumped out of my short term memory buffer rather than going into long-term storage. Then I’d have to start all over again.

And then I was lucky enough to hear David Stark give a short lecture in Paris last summer—at the annual meeting of the Society for the Advancement of Socio-Economics—and he solved my performativity problem just like that. His explanation was so elegant and concise that I wrote it on a Post-It note and put it up on my office wall. The Post-It reads:

If you show someone a map and say ‘this is how people get from Point A to Point B,’ the statement is performative when it creates the behavior it describes. In this case, a path gets worn in the ground between Point A and Point B.

A model becomes performative when its use increases its predictive capabilities.

The elegance of this statement still delights me. It’s like the Gettysburg Address of sociology in terms of its parsimony.

This doesn’t entirely capture what was so compelling about Stark’s presentation, however. The missing piece is the visual: images of a path, drawn first as a set of directions, and then as a description of actual travel routes. Every time I saw the Post-It, it called up those images from Stark’s presentation, but I couldn’t easily convey the images to others.

So I asked if I could post the original presentation slides that were such a revelation for me. Stark graciously agreed, so here are the core ideas of his talk in three images, forming what he has elsewhere called a “silent lecture.”

By way of context, assume that you start with a location, as in slide 1; then someone asks for directions through that location, resulting in slide 2, and ultimately slide 3. 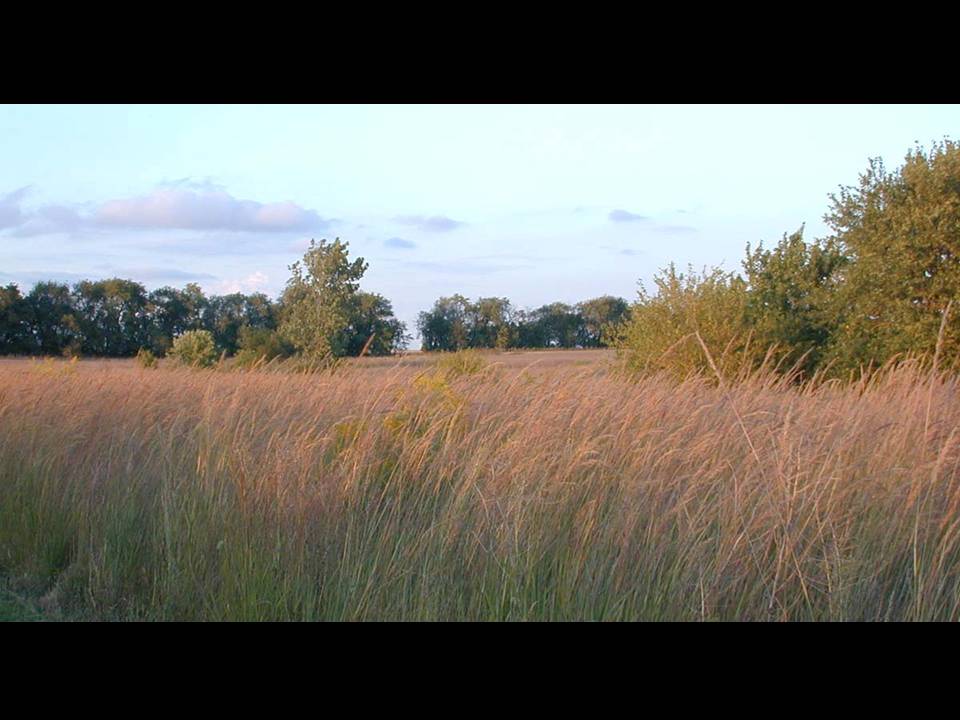 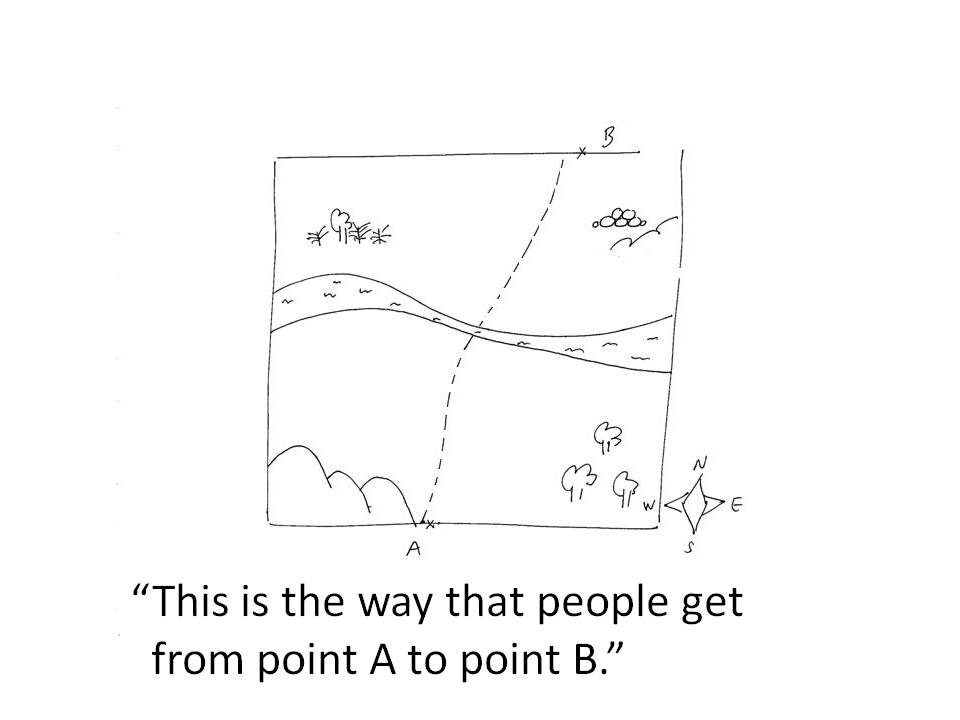 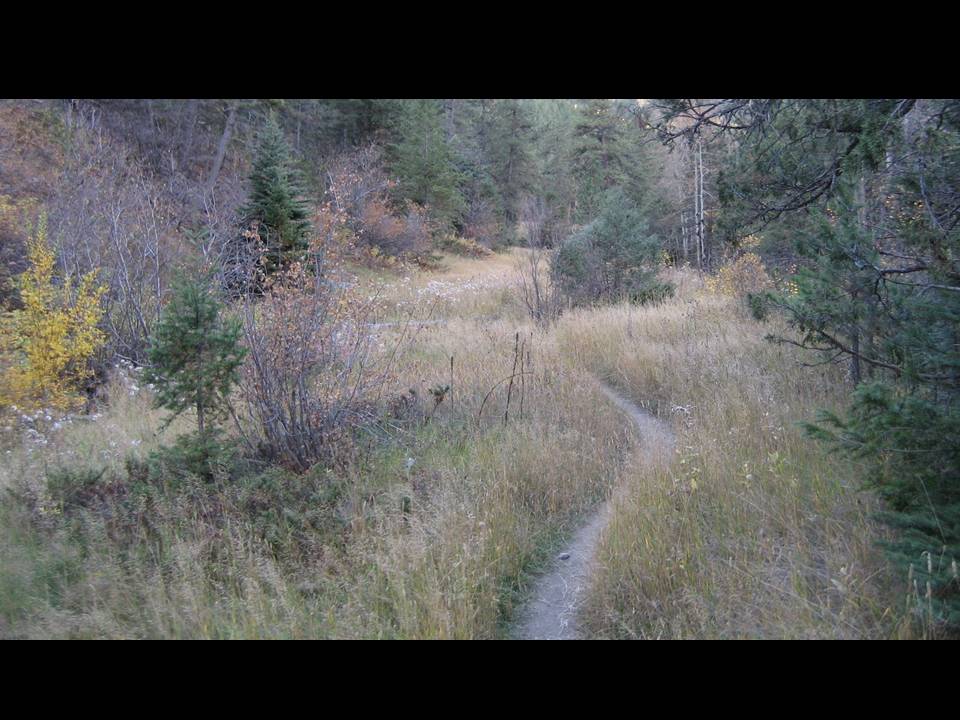 * Stark borrows the phrase from the title of a well-known book by Donald MacKenzie. 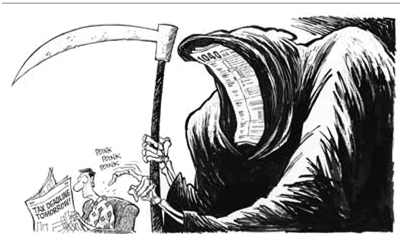 With tax season upon us, it is almost obligatory for Americans to complain about what they’re shelling out to Uncle Sam. According to Gallup polls, 46 percent of Americans think their taxes are too high.

The good news is that figure is near rock-bottom for the past 50 years; the bad news is that tax-related violence has been on the rise for the same period. The most recent example of this trend occurred last month, when software engineer Joe Stack, enraged by disputes with the Internal Revenue Service going back to the 1980s, flew a small plane into an IRS building in Texas.

In a lengthy essay/suicide note posted on his website, Stack styled himself after the early American patriots of “no taxation without representation” fame, reminding us all of the unique prestige of tax revolt in American history. As Stack points out, some of the first lessons American children receive about their nation’s history equates taxes to oppression, and revolt against those taxes to the struggle for liberty and justice for all. This probably contributes to Americans’ widespread distrust of taxation, and the acceptance of that distrust as normal and natural.

But that view of taxation is not shared worldwide. In fact, citizens of some countries are actually happy about paying taxes. If you’re an American reading these words, that statement probably sounds pretty far-fetched. But consider this: the citizens of Denmark pay the highest income taxes in the world (an average of 48.3 percent), and are also the happiest people in the world.

It’s not just that Danes pay those high income taxes: they also pay a Value Added Tax of 25 percent on every cup of coffee or pair of sneakers they buy, making the outcry in my hometown of Chicago over having the highest sales tax of any major city in the US (a whopping 10.25 percent) look picayune by comparison. And then there’s Denmark’s tax on new cars: a heart-stopping 180 percent. So if you buy a car with an MSRP of € 20,000 , you’ll pay an additional € 36,000 to get the car registered and licensed.

The Danish car tax, in and of itself, would probably be enough to provoke armed rebellion in the United States. So why do the citizens of Denmark not only tolerate the array of taxes they pay, but appear downright happy about them?

And just to be clear, Danes aren’t just generally happy, or happy despite the taxes they pay. Rather, they are specifically happy about paying taxes! Take this exchange, for example, from a recent series of “person in the street” interviews from Copenhagen by United States National Public Radio:

Ms. BAUOLASON [Ed—resident of Copenhagen]: I do actually think it is terrific.

From an American perspective, Denmark “seems to violate the laws of the economic universe.”

The key to this attitude seems to lie in Danes’ trust in government and each other—something I noted in an earlier post. As this video interview with a pair of Danish sociologists suggests, this trust stems from several factors. Among the most important is the widely-shared belief that their society is just, and that socio-economic goods are equitably distributed. As a result, many Danes seem satisfied that they are getting their money’s worth–that is, they enjoy tangible benefits of the taxes they pay in terms of universal health care, tuition-free education through the university level, and employment benefits and security far beyond anything available in the United States. 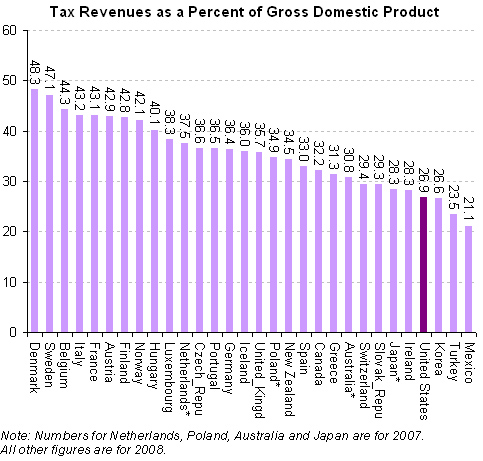 Meanwhile, things could not be more different in the United States, which ranks 23rd in the world happiness rankings, and where distrust of government has been virtually axiomatic since the Reagan era—if not before. This helps account for a paradox: while the United States has among the lowest income tax rates in the world, and we have nothing like the VAT and auto registration taxes that Danes pay, Americans rarely challenge each others’ complaints about “high taxes.”

In fact, one of the remarkable things about Joe Stack’s anti-tax rant/suicide note is how much it resembles what now constitutes “mainstream” rhetoric on taxation in America—particularly in the aftermath of the government bailout of financial firms following the 2008 economic crisis.

“Why is it that a handful of thugs and plunderers can commit unthinkable atrocities (and in the case of the GM executives, for scores of years) and when it’s time for their gravy train to crash under the weight of their gluttony and overwhelming stupidity, the force of the full federal government has no difficulty coming to their aid within days if not hours?”

Compare this to CNBC newsman Rick Santelli’s now legendary on-air rant of February 2009, in which he sounds many of the same notes as Stack, using virtually identical arguments and references to American history:

So while Stack’s violent actions took this rhetoric to the extreme, the evidence suggests that he was no outlier in his  perspective on taxation in America: his basic views are apparently shared by a wide swath of his fellow citizens, from television news reporters to the Tea Party movement to think tanks like the conservative Cato Institute.

What accounts for this extreme disparity between American and Danish attitudes toward taxes? And what does this have to do with the differences between the two countries in terms of happiness?

The evidence suggests that both phenomena stem from perceptions of fairness. While—as the two video interviews from Denmark suggest—many Danes believe that they benefit personally from their tax contributions, the rhetoric of people like Stack, Santelli and others suggest that many Americans believe they get little to nothing in return for their tax contributions. Instead, they believe their taxes benefit the “free riders” in US society—whether conceived as “welfare queens” at the bottom of the socio-economic ladder, or as corporations and executives at the top.

Thus, Stack signed off with this bitter epigram: “The capitalist creed: From each according to his gullibility, to each according to his greed.” For him, it was a bitterness unto death; for like-minded Americans, these beliefs contribute to a sense of pervasive injustice that frustrates their “pursuit of happiness” and makes April 15 a day of national resentment rather than a simple administrative deadline.