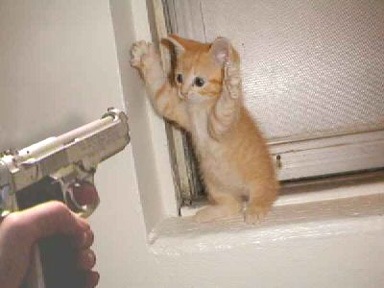 So my apartment in Copenhagen got robbed this afternoon–while I was in it. Dudes broke down the door, walked right past a flat panel TV, and ignored the closed bedroom doors, behind which they would have found a couple of new, easily fence-able laptops. And me.

Having ignored all the pricey and highly portable electronics, guess what they stole?

Let me say that again: the light fixture. I won’t dignify it with the name chandelier. It wasn’t anything special as far as I could tell, but my upstairs neighbors tell me that it was probably a designer number worth about 8,500DKK–that’s around US $1,700.

The thieves stacked up the couches in the living room so they could reach the lamp where it hung from the ceiling, then cut the wires and took it away. Wrapped in my favorite (and only!) overcoat, which is the part that really steams me, since it’s about 30F outside and I have nothing else to wear.

After I got over the surprise, I was in awe at the absurdity of it all. Instead of being frightened (that part set in later), I found there was something strangely funny at the sight of the raw electrical wires hanging from the living room ceiling, with the flat panel TV a foot away.

It just didn’t make sense economically. Who the heck breaks into a house to steal a light fixture? And who goes to that much trouble for it? Shattering the big, heavy front door so that the wood frame was splintered and the locks broken was not quick work. How could lamps be worth that kind of trouble?

But it gets even better: when I called the police, they said the whole neighborhood had been swept by a light-fixture-robbery gang today! In fact, they were so busy with these cases that they would not be able to come to my place to make a report for at least 24 hours. Apparently, there are gangs from Romania and Poland who steal pricey Danish light fixtures to resell outside of Denmark at a hefty profit. Heftier than the profit on a flat-panel TV? So it would seem.

So this got me thinking about other weird things people steal, and I knew in an instant that there must be a website or two devoted to this subject. After all, there are plenty of sites devoted to weird things people try to sell online. I figured theft must be closely related, and was not disappointed. Here are some highlights:

What are people willing to pay for, and what are they willing to steal? This ends up being an economic sociological question, because it ties into what people value.  I didn’t even notice the lamp that a group of men broke down a door and risked arrest to steal. I can’t really remember what it looked like. But I’ll always miss my beloved overcoat, which they probably regarded as a rag–no different from a cheap towel or a throw rug, useful only in concealing the real goods.

UPDATE!
My neighbor’s estimate of the lamp’s value was waaay low: turns out I was living with an interior design masterpiece and had no clue: the thing was a 1958 Poul Henningson “Artichoke” lamp, valued at 39,000DKK, or about US $8,000. Unbelievable. Had anyone mentioned this to me, I would have a) paid more attention to it, and b) made sure I didn’t leave anything valuable in the house, ever. In fact, I probably would have moved to a place that didn’t contain such a juicy target for thieves. Dang. Hard way to learn the difference between IKEA and “real” Danish modern.

I had my house broken into twice in a week. The first time they took my computer, jewelry, and important papers. The second time they took my bike and guitar, (and this is where it starts to get wierd) 2 bags of potting soil, a used ashtray made out of a flower pot filled with sand (including the sand and butts), ice cream, pickles, a loaf of bread, a half-drunk 2liter of Coke, and they made dinner.

However, my liquor supply was not touched (all remained sealed).

I'm glad they didn't find you, Brooke! In my experience, the perpetrators are often neighborhood boys with little knowledge of the value of household objects. Your thieves are quite impressive! I'll be checking ebay...

At least no one was hurt. In some countries thieves take great pleasure in torturing, raping and killing people in their own homes before escaping with a few household items.My father, who lives in Belfast (N.I) once phoned me to complain that someone had broken into his car and stolen his binoculars. You'll understand how underwhelmed I was since two of my friends had been murdered in separate incidents that same year. I lived in South Africa at the time; I got the message and moved to back to Belfast. I'm still waiting for someone to steal my binoculars!

Wait a second. Are you telling me that gorgeous genuine mid-century-modern Artichoke lamps are just hanging about, unnoticed, in otherwise average apartments in Denmark?? For the last fifty years?! Sigh. I'm not even a design aficionado, and I recognized that baby immediately. It's famous. In the US, a copy of that lamp would cost around $500 and it would be gone with the first tenant. No. It would never be installed in the first place! Because over here, we get what's known as "the contractor's special" for apartment fixtures like lights and faucets and such. Basically, they're sold to builders and apartment managers a dozen at a time, they're ugly, and they're of the absolute lowest possible quality. Not worth stealing, and not worth repairing when they inevitably break.

Man. I picked the wrong continent.

_________
PS: Glad you're (both!) safe. Home invasion— my god! Once when I was a teen, someone quietly broke into the lower level of my house while I was alone upstairs, and I wasn't afraid (too angry). He clearly wanted to rob us and thought the house was empty. But If someone broke down my door while I was clearly home and awake, I'd assume they were homicidal. That's insanely bold for a burglar.

I myself had a reverse burglary about a month ago...
I made the decision to leave my car doors unlocked since I had a mundane window-smashed-GPS-stolen incident a year ago.
From time to time, I enter my car to find that the glovebox is open and someone has nosed around for an interesting electronic device or cash. No one has ever disturbed my overdue library books or empty shopping bags....
Then one morning, I found that there was a half-eaten turkey sandwich left on the passenger seat. Perhaps someone consuming a take-out dinner was disturbed by a passerby? Or they were saying "screw you" to the owner of the vehicle, knowing that I abhor turkey?
I was grateful that nothing more repellent or disturbing was left. Maybe one day I will find Brooke's overcoat, enigmatically left behind by a would-be burglar who found nothing of interest to take. Here's hoping...

Imagine that- your light was worth more than your car.

[...] key to this attitude seems to lie in Danes’ trust in government and each other—something I noted in an earlier post. As this video interview with a pair of Danish sociologists suggests, this trust stems from several [...]

[...] key to this attitude seems to lie in Danes’ trust in government and each other—something I noted in an earlier post. As this video interview with a pair of Danish sociologists suggests, this trust stems from several [...]