On “Worth” Part II: A Case Study 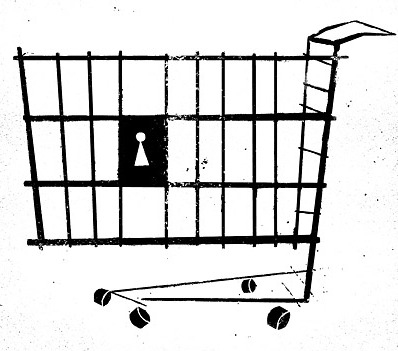 Shortly after posting On “Worth,” what to my wondering eyes should appear but this story from the Chicago Tribune: a mostly-first-person account of the experience of a young, white, middle-class couple applying for welfare. The husband is a graduate student, the wife is eight months pregnant, and they are both suddenly out of work.

The interest of the story–from the point of view of this blog–is not their experience (spoiler alert: the public assistance system is way broken), but readers’ responses to their story. The comments following the article represent a brilliant, if unintentional, case study in the rhetoric of justification, and the “social technologies” we use to determine who gets what resources. It’s like the commenters were all feral students of Boltanski and Thévenot, who weighed the possible justifications for going on welfare in this case, and declared the couple “Not Worthy.”

While some of the comments are basically sympathetic to the pair, the vast majority classify them among the “undeserving poor.” As I related in the previous post, the law once condemned such people

…to be whipped through the streets, publicly, until they learned the error of their ways.

In the Series of Tubes era, the public whipping takes place virtually, but with the same old intent to humiliate. Total strangers feel entitled to demand that the couple account for their most minute personal decisions, from their choice of college major (was it sufficiently pragmatic and career-oriented?) to their choice of birth control methods (so foolish of them to get pregnant during a recession).

It quickly becomes clear that the purpose of this questioning is not to learn anything about the conditions that can lead economically stable people into poverty, but to build a case against the couple, so that they can be blamed for their present circumstances. If you can stomach the ghoulish delight that many of the commenters seem to take in hurling retribution at the unfortunate pair, it’s fascinating to watch the ethics of Elizabethan England filtered through a 21st century medium.

So here’s a kind of pop culture pop quiz on worth: try to identify the justifications used by commenters in responding to this story of going on public assistance. Your options are the “orders of worth” known as: civic, market, industrial, domestic, inspiration, and fame. You can check out the exact definitions via Google Books’ link to On Justification.

Well, here’s what I found: exactly one of the rhetorics of justification in use, that of the “domestic order of worth.” In Boltanski and Thévenot’s taxonomy, this form of justification for action is based on the idea that society is a kind of household writ large—a notion that goes back to Aristotle’s writings on statecraft and the oikos. In this moral order, individuals belong to the collective rather than to themselves, and that imposes a responsibility for mutual care and assistance on the entire group—see Durkheim’s work on suicide rates in Europe for another interesting take on the results of this conception of the world.

The most sympathetic commentators on the Tribune article drew on this ethic of care, which also tends to come with rigid social hierarchies. The flipside of protection of the “weak” is that it is usually used to legitimize the position of those in power–those with the authority and access to resources that make public assistance possible. This logic would have been very familiar to the people of pre-Reformation England, when there was no need for a codified “Poor Law,” because the Catholic Church enforced a moral order (hierarchical and collectivist) which ensured that people in need got at least some assistance. As far as I know, no first-person accounts of being poor in Catholic England have come down to us, so it’s difficult to know what the experience of care was really like. But we can say with some confidence that the provision of assistance to people in poverty was not nearly as controversial then as it is now.

Which leads me to the majority opinion expressed by the commentators: there is no justification for being poor.

I was going to add “and able-bodied” to the end of that sentence, to indicate that being physically disabled was one of the few possible conditions that could get a person classified as “deserving poor,” but then I wondered: how to acknowledge the vitriol unloaded on the 8-months-pregnant female member of the couple? Clearly, pregnancy is not equivalent to a permanent physical disability, but it can make many physical activities temporarily difficult and dangerous. Thus, even the welfare officials won’t demand she go to work.

But the commentators are another story. They interpret her advanced pregnancy not as a condition that makes her at least temporarily deserving of assistance, but as cause to damn her further—evidence that she’s irresponsible and therefore unworthy of any help!

Why? Because she should have known better than to get pregnant…during an economic crisis, while her husband was in graduate school, when the couple didn’t have enough money set aside, etcetera, ad nauseam.

And here, I think, with this rhetoric of “you should have known better than to put yourself at risk,” we find ourselves faced with one of the fundamental contradictions of contemporary capitalism. On the one hand, risk is good. Risk is rewarded. We hail the entrepreuneur and the pioneer for the risks they take. And most Americans see it as “fair” that such risks should be rewarded, financially and otherwise, because risk-taking benefits us all. So there’s the “risk premium” in finance, tax breaks for entrepreneurs, and patents for inventors. That’s all mostly uncontroversial.

But when people take risks and lose, they are vilified as burdens to society—unless they are corporate titans, in which case they get multi-billion dollar bailouts. The socially-accepted posture toward risks that don’t pay off is blame and recrimination.

“Lost your job? You schmuck—a smart guy/gal would have seen that coming/gotten a new position by now.”

“Your business went under? You should have put aside more in the cash reserves/paid your employees less/sold more products that people actually wanted!”

In other words: “You know that bad thing that happened to you? It’s your fault.”

If Max Weber were still with us, he’d probably say that this was all a tragic consequence of the Protestant Ethic: the distortion of Calvinist doctrine that led some Protestants (like the Puritans who settled North America) to believe that God marked the “elect” (those pre-destined for salvation) with worldly good fortune, including material prosperity. Therefore, ill fortune—like losing a job, or a business, or finding oneself in need of public assistance—was interpreted as evidence that one was not among the elect, but instead pre-destined for eternal damnation. Which obviated the need for public assistance—why mess with a fate that God ordained?

It’s probably a safe bet that none of the commentators on the Tribune article are Calvinists. They may not even be Christians. But most of them were probably born and raised in the US, and this is the miracle of socialization: you don’t have to be aware of it in order for it to be effective.

In fact, the less aware you are of your own socialization—all the things you take for granted as “natural” and “normal”—the more effective that socialization is in controlling your thoughts and behavior. No awareness = no resistance. And as Harold Garfinkel’s “breaching experiments” so vividly demonstrated, often we can’t even “prove” that socialization (or social structure) exists unless we purposefully break the rules—the more mundane and trivial the occasion, the better.

But back to the Tribune commentators, the majority of whom seem to believe something along the lines of “bad things only happen to bad people, who are therefore undeserving of any help.” Which is why their comments consist largely of uninformed speculation as to all the things the unfortunate couple probably did to bring their economic woes upon themselves. As if there were no economic crisis, and no such thing as bad luck.

These commentators don’t have to be Calvinists, or literal descendants of the Puritans, in order to espouse their views. All they have to be is well-socialized Americans. As part of the process of historical path-dependency, the beliefs of the nation’s founders have come down to us in the institutions and laws they created, as well as in their customs. Part of what it means to be an American is to resonate with the language of self-determination and independence, whose dark side is detachment from collective responsibility—as we saw in the Bush-era proposals to “privatizing” Social Security, and as we see now in the debate on health care reform.

Societies built on this extreme individualism have a hard time explaining misfortune, loss and failure—which is why we waste so much time blaming the victims and ignoring any systemic factors that may have come into play. Part of this is sheer laziness: it’s easier (and, I fear, more fun, for some) to blame individuals for any problems they may experience in life than to look at social structural problems like the breakdown of informal support systems in the family, or long-standing customs, like those between management and labor over pensions and job security.

What is miraculous, to me, is that the individual-blaming explanations survive even the most blatant examples of systemic breakdown. So the world financial system comes to the brink of collapse, and in the minds of many, it’s still the fault of individuals—like all those people who got home loans they didn’t deserve. It makes me wonder what exactly it would take—what kind of financial/social/environmental apocalypse—for Americans to give up blaming individuals for the misfortunes they experience, and consider that there are some forces that individuals cannot control, and for which no amount of planning provides sufficient protection.

Any ideas? Anybody? Bueller?

I saw the same thing happen when a friend's teenaged daughter was murdered. She, of course, was blamed for being a bad mother and told it was largely her fault, if she'd done x, y, or z better it wouldn't have happened.

I came to the conclusion that this is one way people protect themselves from fear of the unknown. "Oh that happened to them because they were stupid,but it won't happen to me."

Too bad folks, it can happen to any of us.

Hi there - I wrote the article at ChicagoNow that you're writing about. I really enjoyed reading this post. It helped me put the many vicious comments into context and understand where they come from. I'm really intrigued by your question - what would it take for people to not blame the individual for their misfortune? It's so ingrained in us. Plus, like you said, the less aware we are of our socialization, the more it controls us.

I just really enjoyed reading this. I learned so much. Thank you for writing this.