My New Book Is Out from Stanford University Press! 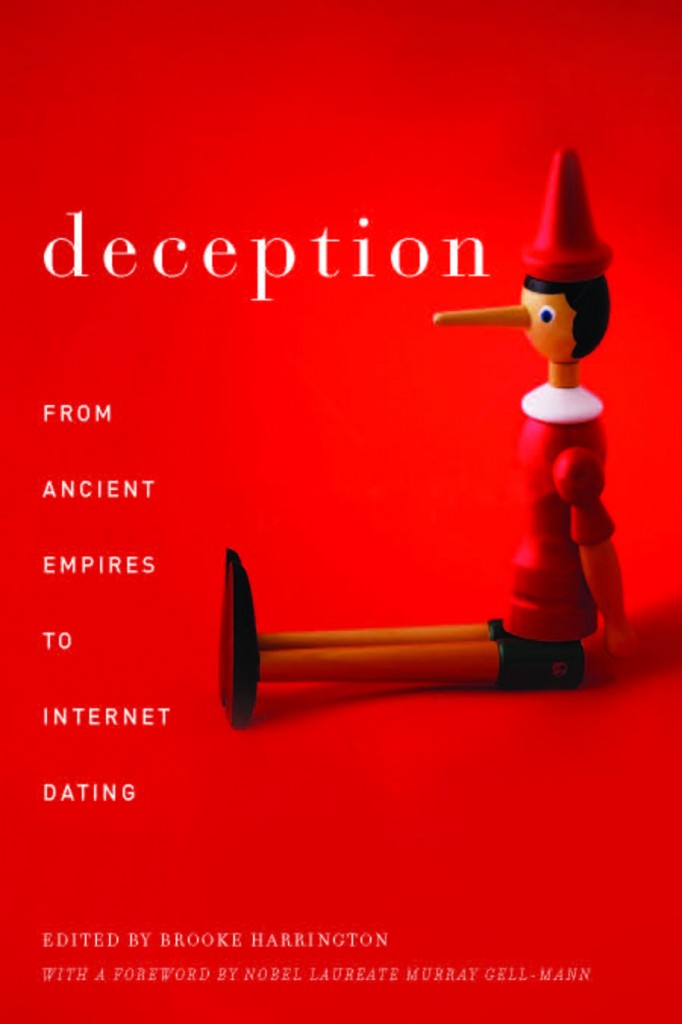 Here’s the magnum opus, hot off the presses! It’s about deception–among people competing for status and resources (including money!), as well as animals. It’s about culture and warfare, along with computing and public policy.

It’s the culmination of five years of work  in which I brought together 15 leading scholars in the natural and social sciences, as well as the humanities, to compare and contrast their disciplines’ approaches to this topic. As we found, through two conferences I organized at the Santa Fe Institute (a think tank devoted to the study of complex systems and trans-disciplinary research problems), deception is not the same as lying, and it’s not always a bad thing.

After putting the workshops together, I edited the book we produced and wrote two of the chapters: the introduction, and an empirical piece on deception in financial markets (a topic that, unfortunately, just seems to get more relevant as time goes by). While I can’t post the financial markets chapter here, you can find the full text of the introduction, which sketches out each of the 15 chapters, here. The table of contents is also available online.

One of the leading contemporary economic sociologists, Professor David Stark of Columbia University, had this to say about the book:

Don’t be deceived by the deceptively simple title. These fascinating essays by biologists, psychologists, sociologists, poets, and computer scientists reveal the complexities of studying deception across historical epochs and types of interactions—from the micromechanisms of facial muscles to online communications, from photography to finance, from the false mating signals of the carnivorous firefly to the literary trickster Brer Rabbit, from deception in warfare to self-delusion. Insightful analysis, and delightful reading.

One of the most important forms of communication—deception—is one of the least studied, in part because it deliberately blurs itself to get its effect, in part because there are so many forms of deception they seem to defy coherent analysis. A useful approach to the problem, then, is with a collection of investigators, each with a different angle, each aware of the others’ contributions, each looking for signs of hidden structure. The result in this book, deliciously, is an introduction to the Science of Untruth.