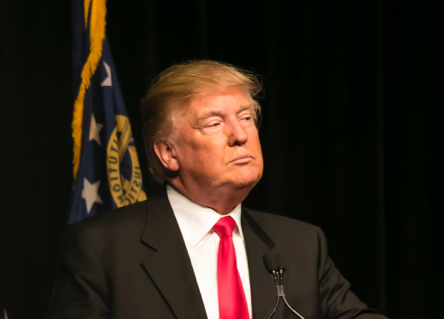 Donald Trump is the first President to use Twitter to regularly communicate with his public. As of late 2019 he has released over 40,000 tweet messages.

I spent a few hours searching and recording word counts for 50 words in this 9-year Trump database. Half the search words were negative and half positive, which makes it possible to answer the question of the degree of negative or positive slant over time in Trump’s tweet messages. My goal was not only to assess the degree of Trump’s negativity or positivity, but to determine to what extent he used words also used to describe humane or inhumane values.

Figure 1 below gives the number of times each positive word appeared in Trump’s 33,300 tweets. The most commonly use positive words were ‘trust’ with 46 uses and ‘community’ with 40. The phrase ‘human rights’ was only mentioned 3 times, as was the ‘charity’. Perhaps most telling was that the word kind appeared only 23 times, and the words ‘caring’ and ‘charity’ were used only 3 times each. Note that “Other” includes the words spiritual, altruism, caregiving, charity, empathy and reconciliation. 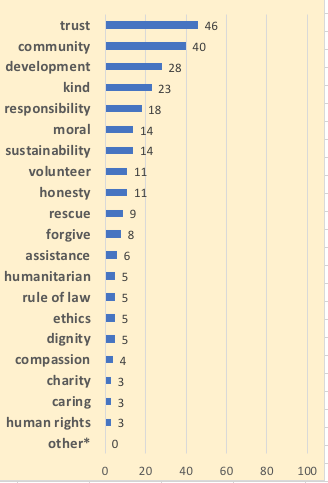 Figure 2 shows the number of times Trump’s tweets used each of the negative search words. The most mentioned words in this subset were ‘bad’ and ‘badly’ with 552 tweets and ‘hate’ at 306 tweets. Other negative words popular with Trump include ‘sad,’ ‘crooked,’ and ‘anger.’ 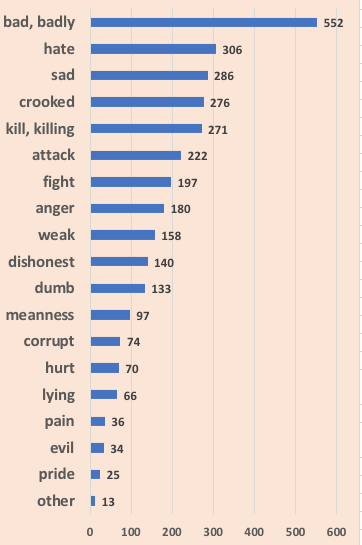 Essentially all American presidents up to now have been defenders of human virtues and humanitarian values. President Trump, however, avoids words that express these values. Thus, less than one tenth of 1% of all his words tweeted reflect concern for human virtues, human dignity or moral values. These words I labeled as positive, whereas words that reflect meanness, cruelty, or hatred, I labeled as negative.

Even more significant than this negativity ratio in Trump’s tweets over a nine year period, is his heavy use of words that express anger, humiliation and hatred, namely ‘hate,’ ‘crooked, ‘dumb,’ and ‘anger.’ Yet, words that both humanists and Christians consider the essential of their life’s meaning, rarely if ever get mentioned in the Trump tweets. Why does Trump not ever use words like caregiving, charity, empathy and reconciliation? It is because the essence of his meaning in life is self-aggrandizement and bullying or hurting people in his pathway.

This raises the question of the purpose of Trump’s tweets. Brendan Brown of the Trump Twitter Archive categorized the 2,500 tweets released by him during the campaign and his first 437 days of his presidency. Here are the dominant themes he identified:

This thematic analysis of Trump’s tweets during the past year and 2.5 months reveals that not only is Trump using his tweets to express anger and hate. Also, dominate in this tweets are the themes of self-marketing. It would seem that he feels insecure about himself and thus needs to invest much of his time in marketing his own reputation.

Not only is Trump’s rhetoric consistent with goals of humiliation of all competitors and ‘chest-beating’ to promote his own status, but to threaten democratic institutions, especially the free press and to shift public opinion toward white nationalism. These are the things that make Donald Trump’s life meaningful, not the Christian values of kindness, generosity, honesty and forgive

This numerical status report is appreciated for it’s factual but non-attacking revelation. I, a Christian and political conservative, am very embarrassed, ashamed, and angered by the tweets that come from the President of this glorious but imperfect country. He appears to not hear himself, or worse yet, to reveal his TRUE character by night and by tweet. I appreciate some of the positive things he has DONE, but beyond speeches delivered that were clearly written by staff, I find practically nothing to admire in what he SAYS. So much is unpresidential, and in sharp contrast to what we heard from and about the late Pres. George HW Bush in the last week. Very sad.

Ironic though it may be, Donald Trump brings out the Trump in me. When discussing him (because I don’t tweet) my negativity just flows. One of my fb friends that loves Trump accused me of being mean when I criticized his military parade. I thought she might have rewarded me for my “Trumpness”. The irony just flows.