The Future of Humanitarianism 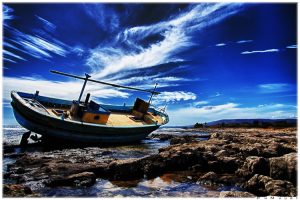 The parable of the Good Samaritan as told by Jesus Christ in the New Testament (Luke 10:25-37) has become a litmus test of sorts for humanitarianism. The Good Samaritan serves as a metaphor for the responsibility and duty of compassionate persons to care for others that need serious help. If you adopt the altruistic approach of the ‘Good Samaritan,’ you are enacting the teaching of Jesus to “love your enemies.” You are also implicitly defending humanitarianism.

This Good Samaritan story implicitly outlines one of four common definitions of humanitarianism, the informal type. This informal definition covers anyone or any action seeking to improve the well-being of others in need.

A second major definition of humanitarianism equates it with philanthropy. Specifically, it encompasses large-scale donations of money or resources to meet basic human needs more effectively.

The third definition of humanitarian action and humanitarianism consists of providing aid for relief in disaster or crisis situations, particularly earthquakes, famines, hurricanes, and armed conflicts.

Using the fourth definition of humanitarianism, Development aid in 2013 totaled $161B, which may seem like a large amount, however, quite often it does not get used to meet high priority development needs. In fact, over the past few years less and less of this aid flows to countries with the greatest development needs.

Although humanitarian relief (definition three) has evolved into a large industry-like institution, the thousands of non-governmental organizations (NGOs) involved spent only $22B in 2013. That amount has been increasing rapidly since then.

While lack of adequate funding curtails the effectiveness of both relief and development work around the world, coordination problems also get in the way. And some of the challenge is the lack of precise terms to discuss the issues. These challenges were behind the planning of an international conference called the World Humanitarian Summit.

After its success with international climate change agreements, the United Nations decided to hold a World Humanitarian Summit (WHS) to try to attain inter-nation agreements and to make progress in increasing the effectiveness of humanitarian relief and development.

The UN held the WHS in Istanbul, Turkey May 23-24, 2016 under the leadership of the Office of Secretary-General and the Office for the Coordination of Humanitarian Affairs (UN OCHA). World leaders were expected to come to the summit and announce the actions they would take to end the suffering of millions of women, men and children affected by armed conflicts and disasters.

Only 55 Heads of State and Government attended. However, 9000 people attended representing 173 countries. Attendees included hundreds of private sector representatives, and thousands of others from governmental and civil society organizations.

The 2016 World Summit produced several important outcomes. First, participants agreed to direct 25 percent of humanitarian funding “as directly as possible” to local and national agencies. Several additional agreements were established to pass international NGO funding on to national organizations, thus beginning to shift control of most aid projects from the global north to the global south, which means greater local control.

Secondly, agreements were reached to spend more funding on relief-related education. In addition, consensus was reached on attempting to avoid discrimination against people with disabilities in humanitarian aid work.

The World Summit also produced disappointments, which highlight major challenges for the future. One major disappointment was the nearly total absence of world leaders at the Summit. This meant that little progress could be made toward ending conflicts, especially armed conflicts, that create humanitarian crises. This curtailed many new agreements on additional and innovative funding mechanisms.

Secondly, the Summit failed to make much progress in getting agreement to find funding sources to help host countries process and resettle refugees. The same was true for funding of housing and support for internally displaced people.

Thirdly, some NGOs, most notably Doctors without Borders (MSF), strongly lobbied for greater protection of civilians in war situations. Their call for enforcement of International Humanitarian Law, as well as norms among nations, seemed to fall on deaf ears. Bombings of Syrian civilians and their hospitals illustrate the desperate need for progress in that region.

The Good Samaritan message still receives lip service from pulpits and humanist leaders around the world. However, from the time of Jesus to now, the message has been subversive, threatening the social order. Social convention throughout history has defined relief to undesirable racial groups or low status persons such as slaves as inappropriate, disgraceful or even illegal.

Selectivity in humanitarian aid has sharply worsened in the age of terrorism. According to sociologist Tugba Basaran, the immigrant policies of Western nations have been shaped by a wide range of laws and actions against terrorism. Many of these laws make it illegal to come to the aid of a undocumented immigrant. Thus, humanitarian aid as modeled after the Good Samaritan has been replaced largely by fear-based security laws and policy. As stated by Bararan, “the humanitarian subject is reconfigured from the victim to the suspect-victim.” This evolution in perspectives has led to extremely harsh laws and policies that prohibit refugees from entering many countries.

Terrorism has been used across the globe as the chief justification for sacrificing freedoms, curtailing immigration, and taking actions that build hatred and fear. However, these responses to terrorism do not appear to be justified.

A March 2017 article at ForeignAffairs.com, using the Start Global Terrorism Database, concluded that the number of acts of terrorism in the USA and the number of immigrants (Muslim and otherwise) involved in these have both been declining in recent years. Keep in mind that Donald Trump in the past year has claimed many times that “the US has failed to keep its citizens safe from terrorism.” His executive orders attempting to ban Muslim immigrants have been founded on totally erroneous assumptions.

With worries about security overshadowing humanitarian actions by individuals, organizations and societies, the future looks extremely bleak for those in need of relief. Any transitions toward greater equality around the world also seem farfetched.

Yet, giving up on attempts to bring back humanitarian objectives and actions would produce the worst possible outcomes. Political and social resistance seems essential to avert global disaster.

An example of promoting personal humanitarianism can be found in the book by Frank LaFasto and Larson on ‘humanitarian leaders.’ Their book builds upon interviews of 31 persons around the world that founded organizations or built projects to achieve humanitarian goals. The authors concluded that the overall profile emerging from these humanitarians reveals gratified helpers who have discovered how to imagine and move humanity toward a better future. Indirectly, their innovations and dedication offer a model of a more just society.

Basaran, T. (2014). The Curious State of the Good Samaritan: Humanitarianism Under Conditions of Security. Pp 61-29 in C. Kinvall & T. Svensson (eds) Governing Borders and Security: The Politics of Connectivity and Dispersion. London: Routledge.