U.S. Leaders Reflect a Nation Uncaring about its Neighbors 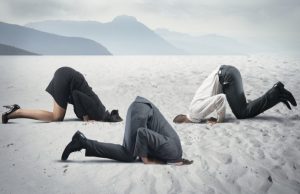 This 2,000-word essay glances at contemporary American politics and concludes that both the White House and to a large extent, the Congress, suffer from blindness to the deep suffering of both Low-Income Americans and the impoverished billions outside America. Almost no one in Washington DC mentions poverty or its roots. Likewise, almost no one mentions that the national budget and other policies are moral documents. Several books by social scientists get summarized to help explain why the American public no longer tries to be either logical or caring about their neighbors.

The new USA Congress began working in early January 2017 on setting up a new government. Their principal legislative task was to replace the so called “Obamacare” healthcare insurance system.

Three months later, their first attempt to replace the healthcare system had failed, leaving the Republican Congress in disarray. The debates about healthcare policy exposed the vulnerability of the American public because of their illness and insufficient medical care. Their suffering results largely because of insufficient healthcare insurance coverage.

None-the-less, many Republications seek to eliminate most health insurance and associated safety net health programs. By April 2017 after months of debating, Congress had failed to come up with a replacement healthcare plan. The future is anyone’s guess, except greater health average is very remote indeed.

What I have found most revealing is that the rhetoric of neither the White House or Congress has mentioned the existence of widespread suffering among the poor and middle-class due to their inability to afford existing or future health. Instead of considering healthcare policy as a problem in solving human suffering, the Congressional and White House decision makers view the legislative battle primarily as a problem in reducing higher taxes. Secondarily, they worry about expectations of the electorate.

Early Spring, 2017, brings Washington face to face with an equally large policy decision, that of the national budget. While Congress continues to take up various topics, the big hurtle is the budget. Meanwhile President Trump issued his blueprint for a budget.

To provide for an unnecessary and obscene 10% increase in the defense budget, essentially all social programs are recklessly targeted for either pruning or destruction.

Trump’s budget is cruelest in decimating programs for the most vulnerable including infant nutrition, day care for low-income families, public housing and rent support. The Meals on Wheels program for the poor elderly is slated for destruction as is a winter heat program for the elderly. Cutting such programs literally puts innocent people to death.

The White House even betrays those who helped put Mr. Trump into office by electrocuting such programs as the Appalachian Regional Council and the Great Lakes Restoration Initiative, as well as rural airports and radio stations.

The President makes a mockery of his claim that Republicans are the party of working people by crippling protections for workers, His cuts includes worker health and safety along with worker’s rights provisions.

A Budget is a Moral Document

Jim Wallis, leader of the Sojourners, a huge organization of Christian families in America from every major denomination, repeatedly has said that “A budget is a moral document.” Yet, no one in Congress or the White House has mentioned that this year. At least neither the print nor the broadcast media has quoted any powerful Washington politician as acknowledging even a sliver of moral concern. Instead, the budget is claimed to be going in the “right” direction if it reduces taxes, reduces the deficit and/or reduces the size and scope of government.

The big question this political culture raises is why don’t the American people demand that they be given a moral budget? Why don’t they demand high-quality healthcare without high insurance costs and other measures that keep the poor and needy from dying from neglect?

On the surface, the answer to this question seems to be that the American public has bought into the conservative agendas of (1) decreasing taxes, (2) reducing the size and so called “overreach” of government, and (3) letting the markets and the giant health conglomerates dictate our lives by default.

However, during this year’s healthcare debate by the Congress, many voters have strongly expressed their opinion that they want good quality healthcare as cheaply as possible. We have yet to hear much from the public regarding budget initiatives.

While public opinion may remain divided on these issues, the conservative segment of the voting public remains vocal. There are so many anti-healthcare believers that it begs the question that political scientists, economists and sociologists have been struggling with for many years. That question simply is: Why do so many Americans vote against their own self-interest?

About a decade ago, Thomas Frank in his book, What’s the Matter with Kansas? How Conservatives Won the Heart of America, stated that most voters were voting against their self-interest. He found that conservative voters supported Republican free markets, anti-regulation policies even though these policies had been shown to collapse the State economy and bring economic hardship to the State of Kansas. His explanation for this irrational behavior was the culture wars and the fact that very conservative voters placed a higher value on cultural issues like abortion than on income.

In 2012, Jonathan Haidt published an influential book, The Righteous Mind: Why Good People Are Divided by Politics and Religion, in which he argued that conservative values were not irrational but merely grounded in a different set of personal values than those of liberals. Specifically, Haidt wrote that conservatives compared to liberals place a much higher weight on values like loyalty, authority, and sanctity. He even argued that humans were born with a conservative instinct, but some cultivated it far more than others.

Both Frank and Haidt interpreted political differences primarily in terms of different ways of thinking. But a book, Strangers in Their Own Land: Anger and Mourning on the American Right, published in late 2016 by Arlie Hochschild takes a new look at these political assumptions and concludes that the essence of understanding conservatives’ tenacity lies in their emotional attachment to specific ideological values and beliefs. She develops a framework for thinking about political emotions and gives them the name of deep story. Peoples deep stories are the emotionally flooded core ideas about what is wrong with society and how it can be fixed politically.

Hochschild stated that the anti-government political-right view lifestyles of lower class and racial minorities as outcomes of deficiencies in character. She believes the deep story of the political-right points us to recognition that the morality associated with specific feelings locks them into specific beliefs and feelings. These core feelings stirred by charismatic leaders, also serve as guidelines to their selection of sources for news and for determining what is fact versus falsehood.

Equally important in her view of what has been happening in the nation during the last few years is her conclusion, based upon in depth interviews, that most conservatives hold on to beliefs about the effectiveness of conservative policies despite factual evidence that these policies do not work economically.

After conducting 60 interviews in the small Louisiana city of Charles River, Hochschild went to a Trump rally the day before the Louisiana presidential primary. The speech was typical of the hundreds that he gave at rallies during his presidential campaign.  What seemed both amazing and yet not surprising to Hochschild was the excitement and other positive emotions produced by simply being at the event and to be reassured that Donald Trump expressed their deep feelings and they felt safe because Trump was going to change things for the better.

These deep stories explain only part of complex American political behavior. The other piece of the puzzle is that despite evidence to the contrary, conservative partisans believe in a variety of assumptions that lack any basis in fact.

The system of groundless beliefs that she investigated dealt largely with environmental degradation and regulation. The State of Louisiana had for nearly a decade experimented with deregulation and huge monetary incentives to the oil industry, and in turn the economy and personal wellbeing declined. Yet, the conservative partisans still hung onto their beliefs that deregulation and corporate incentives were necessary to solve their personal economic problems.

In a side analysis of counties nationally, she and her associates found that the higher the exposure to environmental pollution, the more likely the conservatives were to seek less environmental regulation. Hochschild does not try to explain this paradox as simply ignorance, but instead views it as an unwillingness to question and give up opinions and beliefs that give them comfort and contribute to a “coherent” view of the political world.

Hochschild lists 12 common beliefs such as the belief that “State subsidies to industry help increase the number of jobs.” These beliefs were common, especially among political conservatives, not only in Louisiana, where the interviews were conducted, but nationwide as well. After each of these political belief statements, Hochschild presents the “fact-checked” data. The latest economic and political data do not support any of these common beliefs about which many conservatives hold as very emotionally charged “truth claims.”

This anomaly applies to the nation: red states are more polluted than blue states. And yet conservative and Republican individuals tend to brush aside the environment as an issue, and to suffer the consequences by living with higher rates of pollution. Louisiana is just an extreme example of the politics-and-environment paradox seen across the nation. And the environment is just one of many issues about which partisan beliefs do not logically coincide with the best knowledge available about underlying processes.

This analysis of political thoughts and emotions is much more than an academic sociological research theory. Many people suffer greatly from water and air pollution and some die early deaths.

Likewise, the analysis applies to poverty, human rights, and other social aspects of life. Millions of people around the world are trapped by structural barriers to upward mobility, human dignity, and freedom. Yet many conservative partisans continue to believe that those trapped are caught by their own laziness or lack of character. Such widespread, incomplete beliefs block amelioration of these problems. Consequently, living conditions worsen and wellbeing collapses.

Trump’s Views of Poverty and its Roots

Returning to the initial themes of this article, not only does the narrow-focused nationalism implied by the Trump campaign slogans get in the way of solving American problems of poverty, inequality, and dignity, but it curtails world progress as well. Those of us who are fortunate to live comfortably have a social responsibility to work toward reducing the suffering of others.

Trump’s ideology takes an opposing stance. He believes that those living comfortably should try to make their lives even more comfortable. In other words, “to hell with the poor and less fortunate.” If suffering were a one-time occurrence, its alleviation would be far easier than the reality. Without significant progress in improving the lives of the poor who are sick, suffering will reoccur again and again and forever.