SI Review: A Year Without a Santa Claus

While I am fairly certain A Year Without a Santa Claus will not be receiving an Oscar this year, I do believe it will be a future cult Christmas classic particularly for your radical feminist friends. In fact, I expect this movie to have most people redder than a Starbucks Satan Sipper for its cautionary tale of the indispensability of women’s emotional labor and uncelebrated ingenuity.

The story begins in the North Pole with Santa getting a man cold and feeling underappreciated.  So much so that he decides to just call off Christmas altogether. Ms. Claus to the rescue. As the true socio-emotional leader of all things Christmas, Ms. Claus sets forth a plan to get Santa out of bed. Recognizing that masculinity is so fragile, she sends two elves and Vixen to find evidence that Christmas won’t be Christmas without Santa. 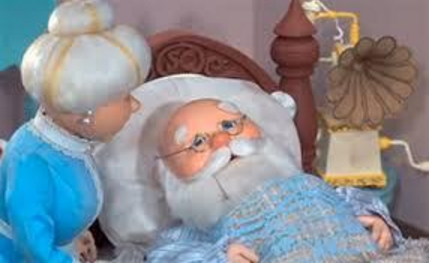 The trick is to inspire the Christmas spirit by making it snow in Southtown, a town where, like my home region of Central Texas (I am in shorts and a tank as I type), it never snows. Southtown is controlled by Snow Miser, brother of Heat Miser. The brothers have divided up the country and fight over of where it can be warm and mild or cold and snowy.  They illustrate to the audience the pettiness of male-typical competitiveness.

This time the emotion work is done by their mother, Mother Nature, who steps in to get her sons to stop the feud for just one day. It begins to snow in Southtown and, inspired, the children break their piggy banks to send gifts and cards to Santa saying “Let’s give Santa a Merry Christmas.” The movie takes an artistic twist to a wonderful cover of Elvis’ “Blue Christmas” by a child and spends a great bit of time on one mindful little girl and the construction of her Christmas card for Santa. Likely, the focus on the emotional intelligence of even girl children is meant to invoke women’s emotional  superiority as derived from an identification with the mother-nurturer. 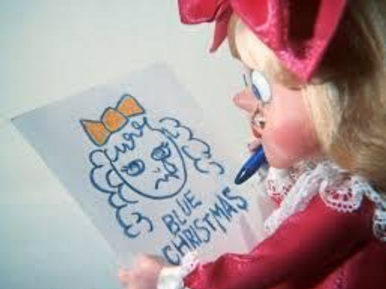 It works. Christmas is on! He is missed and loved.

While there is no surprise how much women contribute to our holiday traditions and men’s careers, I thought the story took a gutsy twist in showing that Santa is merely a figurehead. In fact, my favorite scene is the one in which Ms. Claus dresses up in Santa’s suit and proclaims, “I could. I couldn’t, but I could!” Here she knows she could be Santa on this day, but realizes the importance of men feeling needed. She decides, instead, to be the wind beneath his sleigh. The end result is that “the squeaky wheel,” aka Santa, gets to be the hero, showing how men’s bad behavior all too often gets rewarded and even celebrated. 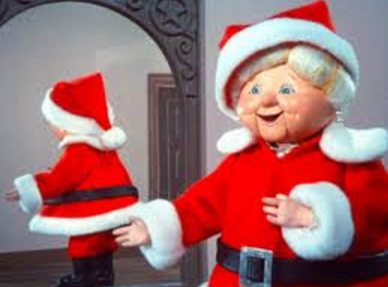 The director is smart to lure even non-feminists into watching A Year Without a Santa Claus by carefully obscuring its true message in its advertising. No women even appear on the movie poster (with the exception of Rudolph, who doesn’t even appear in the movie). Yet, in the movie, the women do all of the work and are portrayed as the true leaders. From Ms. Claus, to Mother Nature, to Vixen, and the little girl in blue, not one problem is resolved by a male character. Nor do any move the story forward. The male characters are mere set pieces and characters in place to highlight the capabilities and thoughtfulness of women. 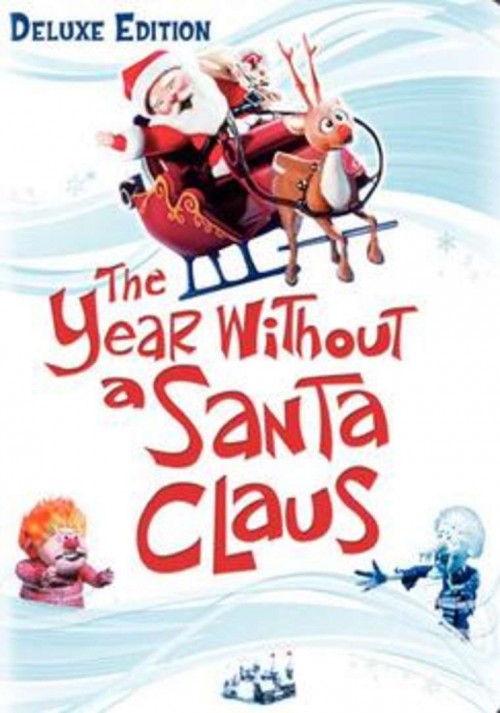 The message of the movie is that women are taken for granted like air — invisible, unacknowledged, yet essential for life. Because #masculinitysofragile, they could lean in, but don’t. So they find what solace they can in the power of enabling.

D’Lane R. Compton, PhD is a lover of all things antler, feather, and fur. An associate professor of sociology at the University of New Orleans with a background in social psychology, methodology, and a little bit of demography, they are usually thinking about food, country roads, stigma, queer nooks and places, sneakers, and hipster subcultures. You can follow them on twitter.