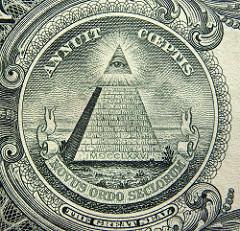 There are a lot of conspiracy theories out there. It seems easy to dismiss these ideas as the ravings of eccentric individuals, but don’t make that mistake. Research published in the American Journal of Political Science by UMN political scientist Joanne Miller, with co-authors Kyle L. Saunders and Christina E. Farhart, shows that conspiracy beliefs aren’t limited to people in tinfoil headgear.

Since the 1960’s, scholars have shown that conspiracy theories can fulfill psychological needs by providing a sense of order to chaotic real-world events. This new research tackles the political motivations behind conspiracy theories. For example, people who are strongly committed to a political ideology could champion any explanation for real events that makes opposing ideologies look worse, no matter how far-fetched that explanation may be.

Through analyzing two survey datasets, the authors explore how trust and political ideology predict conspiracy beliefs. They find that having low levels of trust, but high levels of political knowledge, predicts greater likelihood of conspiracy theories; people who know a lot about what’s going on in politics and have a more cynical, distrustful worldview are more likely to endorse these beliefs. In fact, liberals and conservatives are actually equally likely to believe in conspiracy theories, albeit different ones.

This research makes us think about how conspiracy theories aren’t limited to people on the fringes. Instead, knowledge and trust—two metrics that apply to us all—can shape whether you believe that those glowing lights in the sky aren’t just lights.

Neeraj Rajasekar is a PhD student in sociology at UMN interested in how “diversity” is constructed, managed, and represented within institutionalized spaces.