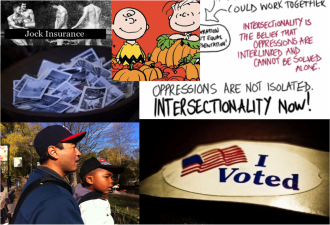 I was so struck last night to hear a little piece about the sociologist Clifford Nass on NPR (in a fun side note, I’d like to point out that Nass was also a computer scientist and professional magician… which is pertinent to the next sentence). Yes, he was known for his warning that multitasking was dangerous to real thought and real learning, but what caught my ear was how his colleagues spoke of his relationship with expanding technologies. Nass didn’t seem to have any antipathy for the tech—he saw its utility, of course—but he realized that all those blinky things were going to be attention sucks. Multiple distractions tend to be bad when you aren’t a good multitasker (to be fair, he didn’t think anyone was a good multitasker), but worse, he seemed to believe, the divided attention meant that his students paid attention to too much noise. Over time, he felt his students were getting worse and worse at understanding an argument and repeating it clearly. They weren’t good at finding the point or pulling out a specific nugget of information from a whole article. They had trained themselves (or been trained by their technologies) to see the forest, not the trees. I’m not wholly convinced, but I am intrigued—and I’m sad that the world has lost another great sociologist in the meantime.

The Social Side of Politics. “Off-year” elections tend to get a little less national attention, but all those hokey local ads add up to a socio-political experience. And sometimes Michelle Bachmann.

“The Personal is Sociological,” by Doug Hartmann. In which Hartmann explores a few recent examples of the sociological memoir, reminding sociologists that they’re part of society, too.

“Like Father, Like Son,” by Darren Wheelock. A former student of Hartmann’s shares his own sociological memoir about adoption, race, culture, and social justice.

“How Sociology Failed My Family,” by Robert L. Reece. A Duke PhD candidate on the power of understanding what little power his understanding holds.

“Neighborhoods and Social Cohesion,” by John Ziegler. Call your realtor. Depending on your priorities, you should know, cul-de-sacs increase safety and neighborliness, but they also probably make you fat. Sometimes sociology isn’t that helpful.

“Race, Immigration, and the American Welfare State,” by Cybelle Fox.