How My Social Justice Failed My Family 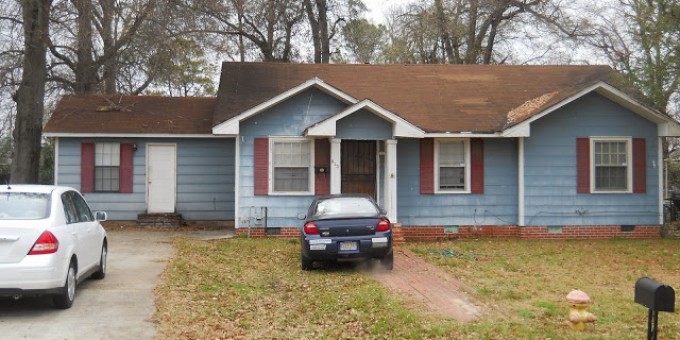 Editors’ Note: This piece is reprinted with permission (and appreciation) from Still Furious and Brave.

I’ve never felt more helpless than hearing my dad tell me that someone bought the house that I grew up in. After using student loans to help cover overdue mortgage payments, we were still unable to stave off the inevitable: he was forced to sell it or see the bank foreclose on it. And despite my knowledge of the precarious position of middle and working class blacks and the enduring nature of poverty, I still feel like it’s at least partially my fault.

In black communities and black families, like the one where I’m from, kids are chosen. Knowing that the odds are against us, kids that show promise (not always academic, but athletic, musical, etc.) at an early age carry the hopes of their families and communities. They are supposed to defy the statistics to go out and become doctors and lawyers and send for mom, dad, and grandma. I was one of those kids: never got into any real trouble, maintained good grades, somehow managed to perform well on the ACT despite my school’s terrible preparatory program, and fell into a full scholarship at my state’s flagship university despite zero knowledge of how to apply to college. I was on track, but somehow along the line something happened, and I feel as if I failed to meet my end of the bargain.

I didn’t lose my way in some extravagant fashion by being kicked out of school or falling into a drug conviction. My deviation was much more subtle. Rather than going to school to be an engineer or a pharmacist, I chose to be a sociologist. My family doesn’t understand what I do (shit, some days I wonder what I really do, and on many days I know it’s not what I want to do). They may not completely understand what I did even if I was an engineer, but at least I would have a decent income to show for it. Instead, when I call my parents excited about my first academic publication, they ask me if I get paid for it. No, mom and dad, I don’t get paid for it. When I call again about my second publication, I feel the enthusiasm in their voice again as they ask whether I’ll be paid. Nope. Not this time either. I think I’ll keep the rest of them to myself.

I look around and see my college classmates, my friends, my fraternity brothers, seeing large returns on their degrees, many making over two times as much as me, and I can’t help but think that if I’d gone down a different path, I wouldn’t have to watch my family’s only chance at a bit of wealth accumulation, what they worked so hard for, go down the drain. My parents, like all parents, worked tirelessly. At one point during my childhood, they both held two jobs, and my dad has always worked countless odd jobs. He has always had all the skills you develop when you can’t afford to pay “professionals.” He singlehandedly built much of the furniture in the house, added two rooms, and remodeled the kitchen and bathroom. But when you’re from where we’re from and look how we look, society knows all the fanciest ways to tell you that your hard work is meaningless, and it’ll have you walking around with nothing as if you never worked a day in your life.

In a few months, the edited collection that contains my first publication will finally be published after I submitted it three years ago, and they’ll send my free copy. A year ago when they asked for an address to send it, I gave them my dad’s address, the house I grew up in. Even though we’d struggled to keep the house up until that point, I hoped that it could remain a permanent address for me. Well hoping doesn’t work, and it appears, at least in this case, neither does sociology.

Robert L. Reece is in the sociology program at Duke University. He is an activist and advocate for social justice who cofounded and writes for Still Furious and Brave.

[…] “How Sociology Failed My Family,” by Robert L. Reece. A Duke PhD candidate on the power of understanding what little power his understanding holds. […]

Robert L. Reece is in the sociology program at Duke University. He is an activist and advocate for social justice who cofounded and writes for Still Furious and Brave.