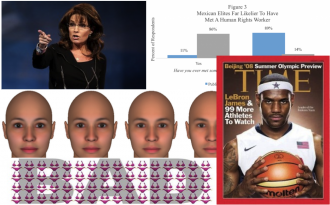 For real. It’s the end of June. What happened? Here in Minnesota, it’s a blur of downed trees and hot, muggy days. And yet, the hits keep comin’. Here’s what TSP was doing (when the power was on).

“The Struggle for a Truly Grassroots Human Rights Movement,” by James Ron, David Crow, and Shannon Golden. Around the world, it’s elites leading the charge for human rights, and even then, it’s often only in rhetoric. How do we get the oppressed more involved in championing their own rights?

“Colin Jerolmack on The Global Pigeon,” with Kyle Green. NYU’s Jerolmack on a bird that’s traversed the globe, going from celebrated, bred, and raced, to reviled and called “rats.” What does the pigeon’s place say about societies?

“Kings of the Court,” by John Ziegler. Sociologist and ESPN commentator Michael Eric Dyson considers the parallels being drawn between Michael Jordan and LeBron James. Is the sports world big enough for two icons?