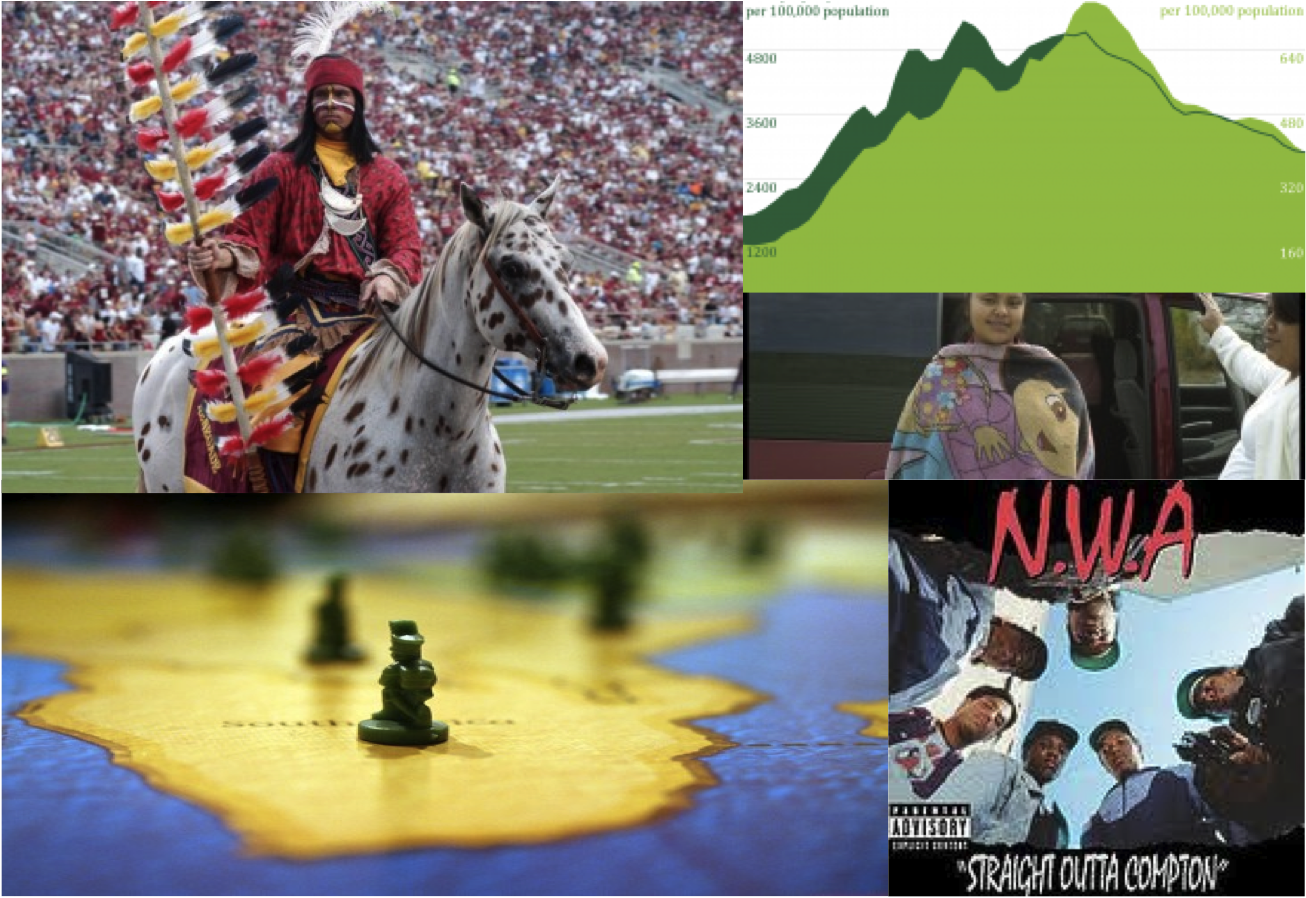 Double. Am I in trouble?

Scheduling strikes again! But the great news for you, dear readers, is that, while I’ve been immersed in creating our first volumes to publish with W.W. Norton, our authors, bloggers, and volunteer grad board members have continued to put out exciting new pieces on The Society Pages. Here’s what they’ve been doing in the past couple of weeks!

“Six Social Sources of the U.S. Crime Drop,” by Chris Uggen and Suzy Maves McElrath. In which a long-term crime drop is explored as a social phenomenon (with fantastic graphics by the Shannon Golden).

“Whatever Happened to the Shotgun Wedding?” by Doug Hartmann. In which our editor considers a study that implies single motherhood is a result of the anti-abortion movement.

“Exploring Dora,” by Doug Hartmann and Wing Young Huie. In which the sociologist and the photographer talk about an image of a young girl wrapped up in a cartoon character who really looks like her.

“Do Your Chores (Whatever They Are),” by Carolyn Lubben. In which we learn the sexiest hetero marriages seem to go in order of: man does nothing (no fun), everyone does everything (pretty fun), and “Leave it to Beaver” (I feel like I already made the joke).

“Are We All in Steubenville?” by Evan Stewart. In which sociologist Michael Kimmel explores the insularity (and ubiquity) of rape culture.

“Superheroes and Social Context,” by Andrew Wiebe. In which we follow the changing social constructions of gender by reading up on old comic books. (Side note: I did not know Lois Lane was black for a while until looking for images for this piece.)

“December Media Award for Measured Social Science,” by Hollie  Nyseth Brehm. In which we congratulate journalist Joanna Small for her explanation of the bystander effect to help discuss a controversial photo.

“China’s Sexual Supply Chain,” by Carolyn Lubben. In which a Chinese social scientist argues for the decriminalization of prostitution from an unusual angle.

“Mary Joyce on Digital Activism,” by Kyle Green. In which Green and Joyce talk big-picture research and the role of technology in social movements.

“Equally Unequal,” by Sarah Lageson. In which social movements bring inequality into the limelight, but fail to change Americans’ opinions.

“Obedience to Authority,” by Hollie Nyseth Brehm. In which a video of Milgram’s famous experiment is used to teach the concept of authority.

“Evolution and Heterosexual Dating Rituals,” by Kia Heise. In which undergrads are asked to get a little more analytical about a familiar experience.

“How the War on Drugs and Terror Creates New Challenges for Nonprofits Operating across the U.S.-Mexican Border,” by Margath A. Walker. How fear and funding are getting more complicated for NGOs.

“Should Citizens Have a Say about Emerging Technologies?” by Jennifer Kuzma. People want to learn about new tech, but there are two obstacles: lack of access to timely information and elite prejudices about “non-experts.”