Industry Analysis and the Nominal Price of Admission 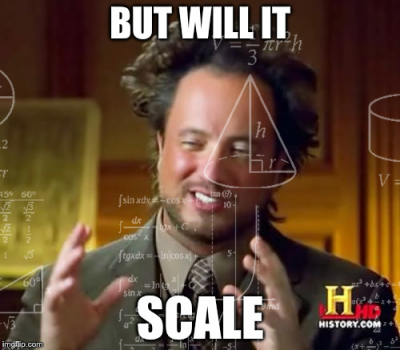 “Social media has exacerbated and monetized fake news but the source of the problem is advertising-subsidized journalism,” David wrote last year after numerous news outlets were found to have been unwittingly reporting the disinformation of Jenna Abrams, a Russian troll account, as fact. “Breitbart and InfoWars republished Abrams’ tweets, but so did The Washington Post and The Times of India. The only thing these news organizations have in common is their advertiser-centered business model.” David concludes that short of “confront[ing] the working conditions of reporters” who are strapped for time and publishable content, the situation isn’t likely to improve. As this instance of fake news proliferation shows, journalism’s reliance on this business model represents a bug for a better informed society, one that not coincidentally represents a feature from the perspective of the advertisers it serves.

Conceiving of less destructive business models can be a way into critical analysis of platforms. An aspect of that analysis is to situate the platform within the environment that produced it. For this post, I want to explore how industry analysts’ observations fit into criticism of socio-technical systems. The act of assessing platforms primarily in terms of market viability or future prospects, as analysts do, is nauseating to me. It’s one thing to parse out the intimations of a CEO’s utopian statements, but it’s another to take into account the persuasive commentary of experienced, self-assured analysts. If analysts represent the perspective of a clairvoyant capitalist, inhabiting their point of view even momentarily feels like ceding too much ground or “mindshare” to Silicon Valley and its quantitative, technocratic ideology. Indeed, an expedient way to mollify criticism would be to turn it into a form of consultancy.

So it is with frustration that I’ve found myself following industry analysts lately, specifically around Snapchat’s problems pleasing investors. “Snap and Twitter are now worth the same based on their market caps,” noted a recent report – an unflattering comparison given Twitter’s similar troubles finding a lucrative business model. As a user I’m not especially interested in Snap’s leadership structure or how their decisions might make Snapchat less appealing to brands. But when another executive leaves and flattening usage numbers leak, I start to wonder how these changes could affect my and other users’ experiences with the platform. Industry analysis seems to offer clues.

By industry analysis, I mean financial and strategic analysis written for a lay audience, from publications like the Financial Times and WSJ, to sites like TechCrunch and Business Insider, to analysts with popular followings like Benedict Evans. As the interests of users, shareholders and companies differ and at times diverge significantly, the consequences of their actions aren’t as clear or deterministic. A company’s efforts to boost engagement in one area, for example, perhaps don’t have the desired effect, while users may simply ignore the initiative, and the stock market might nonetheless register greater confidence because a few influential commentators frame the move as “a promising sign.” Industry analysis then purports to offer a coherent narrative, a rationale for apparent irrationality to paraphrase Weber’s term.

As if being a user weren’t fraught already, Silicon Valley’s preference for risky ventures invites us to roleplay as investor and analyst. Platforms encourage our feedback in the mode of consultants with a stake in their wellbeing, but as users we fancy ourselves closer to activist investors. We express our (dis)satisfaction by voicing feedback, whether to official support channels or our followers and in DMs, and in the extent of our user activity. The functional value of giving feedback is as important as the performative proof it signifies of our trust in the process. This role play demonstrates more than users’ personal affinity to any one platform or product, but a higher faith in the apparent logics of venture capital as divined by industry analysts. We don’t need to seek out market strategy or understand gantt charts, our continued participation is sufficient evidence of allegiance on its own.

It’s common in journalism to criticize corporations when they make unpopular decisions without examining deeper causes. Digressions are attributed to idiosyncrasies of executive personality or to a kind of corporate peer pressure. Industry financial and strategic analysts may similarly opt to omit larger social forces too, but are more likely to recognize corporate actions as functional. In contrast to journalism that treats corporate missteps as nefarious or accidental, industry analysis can avoid presenting reality in an ideal way. “The problem with ideal theory is that it naturalizes those existing imperfections and doubles down on them rather than fixing them,” Robin James writes in the intro to her forthcoming book The Sonic Episteme, on statistical modeling’s instrumentalization of acoustic epistomologies. “Liberal approaches to equality are a classic example of this: treating everyone as already equal–because in the end everyone should be equal–reinforces existing inequalities (like racism or sexism) rather than ameliorating them.” Where incredulous journalists and critics see bugs in capitalism, analysts see features.

This isn’t to imply that analysis challenges convenient industry wisdom, e.g. that Facebook really just ‘gives users what they want,’ but just that it is more apt than other sources to read corporate and market intentionality beyond profit motive or malice. Nor does this mean analysts’ methodology ought to be emphasized in criticism in general. The popular import of analysis necessarily seeps into mass consciousness and bends our frame of reference, a charade we semi-consciously enact. If understanding analysts’ appeal, if not their conclusions, allows us as both users and critics to better anticipate change and sharpen our critiques, then salvaging analysts’ insights, if only to critically reframe them, is surely worth the nominal price of admission.