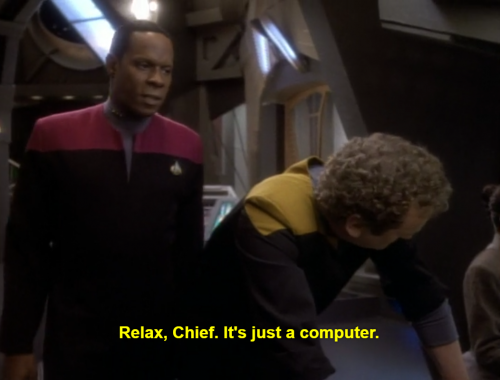 Apple users usually expect for their devices to perform basic system management and maintenance, monitoring background processes so that a rogue task doesn’t drag down the currently active app, for example. But when Apple confirmed users’ suspicions that a recent update was aggressively slowing older devices, the story quickly gained national attention, culminating in the company cutting the price of battery replacement service and apologizing for the misunderstanding in an open letter to customers. Though Apple never goes as far as to admit wrongdoing in the letter, their direct appeals to customers’ “trust” and “faith” serve as an implicit acknowledgement that the company disregarded a boundary somewhere.

The new power management system has received justifiable attention and it isn’t the only update the company surreptitiously added recently. In a separate update, wireless and Bluetooth controls that previously functioned like manual on/off switches now only disable connectivity temporarily, until the system automatically reactivates them the following day. Similar to the new power management feature, the connectivity controls weren’t publicized and users weren’t notified of the altered functionality until a subsequent release.

Given how social media and messaging services have, as Jenny Davis says, “extended beyond apps and platforms, taking on the status of infrastructures and institutions,” Apple’s moves to smooth device performance and subtly automate connectivity make some sense. “They have become central to society’s basic functions, such as employment, public safety, and government services,” Data & Society scholars argued in response to Carpenter v. United States. On a basic level a phone’s remaining battery life can, as Jenny Davis wrote of her second night living in Australia, be the difference between calling an Uber or cab home and staying lost and stranded at night in an unfamiliar city on the other side of the world. “I could mess up, (which I did) and have layers of contingency preventing my mishap from becoming a catastrophe.”

The ubiquity of networked phones not only facilitates access but furnishes society’s layers of contingency – the many convenient, useful and at times crucial services we enjoy and rely on every day. When our societal infrastructure shifts, as it inevitably does, we feel it and often anticipate its impact. Indeed, as part of the cyborgian bargain, we both expect and are specially equipped to continually renegotiate our status within ever shifting socio-technical systems. For the trust we exercise conditionally with and through society’s mediating infrastructures and institutions, we do not expect an equitable exchange so much as we demand reciprocation, however tenuous and incomplete, commensurate with our wants and desires.

“This isn’t just a matter of items and gadgets,” as Sunny Moraine wrote back in 2013 when digital rights management (DRM) embedded in SimCity effectively broke the game for a majority of players upon release. “This is about data, about identity; if we’re our technology, this has profound implications for our relationship with ourselves.” Since 2013, the mass adoption of smartphones has mostly usurped videogames’ role as the “the canary in the coal mine,” as Sunny put it, for the tech industries’ experiments in digital ownership. While Apple’s recent updates seem relatively benign and well-intentioned compared to overtly user-hostile DRM (a low bar, admittedly), such an assessment would reduce platform ethics to lesser-evilism. Broadening our focus from platforms’ more deceptive moves to include those they pursue out in the open may be more instructive for an analysis of their potential implications for usership.

For such an example, consider Apple’s new Do Not Disturb While Driving feature. Enabled by default in iOS 11, the feature uses “a number of signals, such as the iPhone’s accelerometer, the rate at which it finds and loses nearby Wi-Fi networks, and GPS to try to detect when it thinks you are driving.” Touted in an Apple keynote event and praised by public safety officials and driving safety advocates, the feature clearly advertises itself and allows the user to opt out easily and indefinitely. The feature among other things provides a counterpoint to the company’s battery scandal, demonstrating transparent public disclosure and design flexibility.

The uptake of distracted driving laws in the US surely influenced Apple’s decision to add the feature. Similar to Facebook’s assumed responsibility for suicide prevention, failure to do so would constitute platform negligence. Coincidentally my city just passed a sweeping distracted driving ordinance that covers not only texting, but manual entry of directions into a GPS, checking your hair or makeup in the mirror, “reading anything located in the vehicle other than the operation information of vehicle gauges and equipment” and turning your head too far. The fact Apple’s own driving safety efforts parallel, and in a small sense make redundant, my local municipality’s laws, reemphasizes how digital devices and services are inseparable facets of contemporary societal infrastructure.

From the perspective of users and drivers, this instance of corporate and municipal interests converging also raises a related issue about social institutions. That is, prescriptive and otherwise coercive mechanisms, when conceived ostensibly in the interest of public safety or system health – be it a municipality’s local but far reaching driving laws or a multinational device maker’s implementation of proactive, semi-automated driving and power management features – often elude or deflect public scrutiny. Better to err on the side of caution. The point isn’t to engage in theoretical paranoia, but to account for the reality that social institutions have interests of their own beyond their stated mission and conscious intentions to serve the public. As a resident and documented citizen I certainly have more direct input and visibility into my city council’s governance than I do Apple’s, yet the capacity each entity respectively holds to arbitrarily and intimately affect my and numerous others’ daily lives is similar. The fact that for-profit corporations make up an ever larger portion of our social institutions doesn’t fundamentally change that reality, but amplifies it.

This intersection (pardon the driving pun) of municipal and corporate safety efforts seems a good place to explore the question of usership raised in Sunny Moraine’s and Jenny Davis’s work theorizing the owner-user and datafied subject, respectively. Sunny’s prescient analysis of digital rights management summed up the stakes at the time, which seem newly relevant to the present moment:

“Why should we care about this? Most simply, because it’s a continuation of an ongoing trend: The recategorization of technology owners as technology users, of the possession of private property transformed into the leasing of property owned by others, with all the restrictions on use that come along with it. And what’s most worrying about this are all the ways in which we as owner-users are being encouraged to view this as a normal part of our relationship with our stuff. When the very concept of “our stuff” is up for grabs.”

Through digital rights management, game companies sought to codify digital ownership as something more akin to renting, pushing the bounds of usership in the process. Sunny’s hyphenated owner-user term (alternately phrased ‘user-renter’ and ‘user-serf’) conveys a transitional and precarious relationship to digital possessions. To conclude that ‘we are all owner-users’ now would not only be late, but erase users’ cognizance and qualified complicity, as well as their outcry and efforts to mitigate the game industry’s rentier inclinations as epitomized in onerous DRM.

As the rise of smartphones (née teleputers) accelerated popular adoption of social platforms and services, along with many benefits it also further entrenched the user-as-renter. Which raises the question, what sort of user are we becoming now? “Our status as datafied subjects in overlapping state, commercial, institutional, and corporate databases,” Jenny Davis writes, “points to an emerging structure of data governance […]” Jenny’s argument concerns algorithmic systems, exemplified by Facebook’s automated suicide prevention service, which reflects a new and significant dimension of usership today. Datafied subjectivity then could be seen as an outgrowth of one’s perquisite user status, perhaps analogous to how in the US one’s eligibility to vote and access social services, for example, is afforded by one’s residency status. As datafied subjects, our phones serve as a multipurpose key to the datafied city.

If digital social platforms regard our individual and collective user agency (if not our aggregate customer satisfaction and data trails) as increasingly ancillary to their and society’s smooth functioning – a bug to be engineered around or away for our convenience and safety – Sunny’s owner-user and Jenny’s datafied subject provide useful correctives from users’ point of view. Drawing from these correctives, the sort of user we are becoming now might be better described as interstitial, a status emerging from our agency in relation to and actions afforded by socio-technologies. Instead of the ancillary user that platforms imagine molding and fixing in place, the interstitial user contends that our interests and desires necessarily defy simple categorization and we will use what options we have at our disposal to pursue our aims in spite of designers’ wishes.

Though this battery scandal ought to inspire reconsideration of device lifecycles and how they could be designed to last longer by encouraging extended care, concern over users’ justified resentment shouldn’t be reduced to an unfortunate side-effect of mismanaged communication. Miscommunication presumes a good faith effort on the part of engineers and designers who, by all indications, believed they owed no explanation at all.