Two Nets: The Trap and Support of Technology 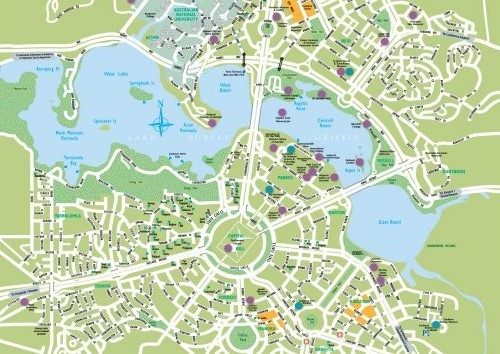 Several nights ago, Uber saved my life prevented my becoming a distressed soul, lost and crying in a new country.  Had this event transpired to fruition, it would have been both emotionally exhausting and also, deeply troubled my  sense of self.  Luckily, however, I called an Uber, and here I am, nerves and feminist identity still well intact. In recounting the events of this banal and, in retrospect, marginally stressful experience, I’m reminded of the two nets that our devices weave: the trappings of dependence and the comfort of safety.

Here’s what happened: I was on a mission for fruit. Fruit not from a can. Fruit not dried into a nut bar. Fruit free from individual plastic wrapping. Real, Fresh, Fully Hydrated, Fruit. And so, on my second night in Australia, the land I now call home, I Google Mapped my way to an IGA X-Press. Armed with the cheapest “smart” phone I could purchase at the airport, I fumbled on foot down unfamiliar streets until, in what seemed more like an accident than a well followed plan, I found myself flesh to flesh with colorful and aromatic pears, apples, peaches, and citrus. I had arrived. With glee and pride I filled my cart with the fresh products that 30 hours of travel and temporary accommodation made scarce. I then slowly trecked down each aisle with anthropological interest in the breads, coffees, and packaged foods on offer. I chose Wallaby Bites to save for a late night treat, got thick ground coffee to use with my university-apartment-provided French press, marveled at all of the local dairy products, and felt strangely comforted by the familiar brands that I never bought in the U.S. and still wouldn’t buy here. I remained unwary of the weighty bags I would need to carry home, and unconcerned about the early signs of a setting sun.

Immediately upon leaving, I made a wrong turn. Actually, it may not have happened then. I’m still not sure when the first wrong turn happened, but I do know that one wrong turn dominoed into a series of wrong turns, so that I ended up on the side of a highway, and then somewhere on the Australian National University campus, and then back by the side of the highway again, in a different location. It was dark by then and my phone warned of 15% battery. Maps had long stopped being helpful. Perpetually searching for GPS, it was as though I had printed the original directions and carried with me a static piece of paper, like the old days when people used to Mapquest things.

I had become trapped by my dependence on an adaptive mapping system. My device would tell me where to go, I presumed, making wrong turns relatively benign. My phone would simply recalculate, and I would dutifully follow the pleasant roboticized voice. But this is not how things happened, and I realized I had been staring at my phone so intently, willing it to capture a signal, that I hadn’t paid close attention to my surroundings. I also hadn’t fully examined my route before setting out. I didn’t know where I was or the direction best to turn. In a city not designed on a grid system, and with sign structures and landmarks with which I was unfamiliar, the static map on my phone and the analog maps on the street left me struggling to translate curving and intersecting lines into my own location and that of my desired destination.

With the dark night in full bloom, I made an executive decision about how to allocate the remainder of my waning battery charge—I called an Uber. My knight in shining armor, a middle-aged man in a Kia Sport, drove me home. I was a couple miles away from my university apartment, and as we twisted through the city, I thought it was among the best $8.77(AUD) I had ever spent. We laughed as I told him what had happened, and, looking impressed, he said his wife would have been crying ages ago. I told him I was about 8% battery life away from that point. 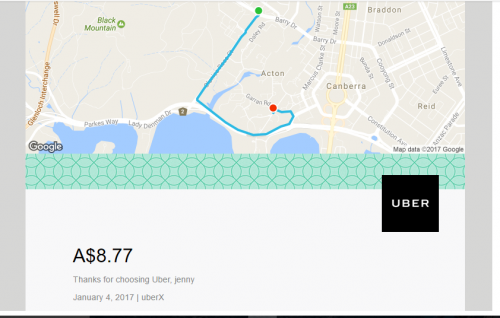 Just as getting lost was a product of technologies’ net of dependence, the availability of a ride-share app empowered me to stay strong, providing a safety net when things didn’t go as planned. Though it was dark, and I was lost, and my grocery bag was leaving deep red imprints in the crook of my arm, I knew, the whole time, that I would be okay. I knew that I only needed to push a button, and a ride would come. If that didn’t work, I could push several buttons, and call a traditional cab, and again, a ride would come. I could mess up, (which I did) and have layers of contingency preventing my mishap from becoming a catastrophe.

The two nets that our technologies weave—that of dependence and safety—sit in both complement and tension with one another. As Nathan Ferguson says in his own lost-in-the-city account, these tools “reinforce a trust in a remote, arbitrary, comforting and pacifying, if no less sought after authority.” We come to need them, and also, to be empowered by them. We have a hand in their weaving and maintenance—waving off directions and electing to put in coordinates, while engaging in quick problem-solving when those coordinates fail, for example. We aren’t stupider because of our devices, but we do think differently, plan differently, and expect differently. We plan and expect to be adaptable, which is both a product and necessity of, the devices that we carry.

Today, I think I’ll go phone shopping. I hope I can find the mobile store.

Cyborgology Co-Editor Jenny L. Davis is a Soc. Prof. and an Aussie newbie. She is on Twitter @Jenny_L_Davis