What is The History of The Quantified Self a History of? The Finale 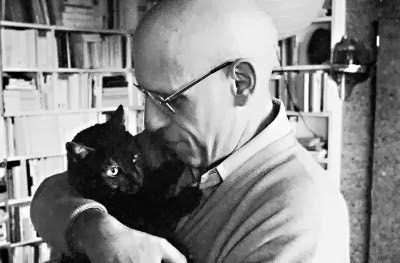 Welcome to the fourth and final installment to my series on the history of the Quantified Self. If you’re just joining us, be sure to review parts one, two, and three, wherein I introduced and explored a project that seeks to build a genealogical relationship between an already analogous pair: eugenics and the contemporary Quantified Self movement. The last two posts appear to have, at best, complicated, and at worst, failed the hypothesis: critical breaks along both of the genealogies elucidated within each post seem more like chasms which make eugenics and QS difficult to connect in a meaningful way. At the root of this break seems to be the fundamental tenets underlying each movement. Eugenics, with its emphasis on hereditarily passed physical and psychological traits, precludes the possibility that outside, environmental influences may lead to changes in an individual’s bodily or mental makeup. The Quantified Self, on the other hand, is predicated on the belief that, by tracking the variables associated with one’s activities or environment, one might be able to make adjustments to achieve physical or psychological health. On the surface, then, there is an incommensurability between the two fields. However, by understanding how the technologies of the two movements work in the context of the predominant form of Foucauldian governmentality and biopower of their respective times, we may be able to resolve this chasm.

First, it is important to recognize how closely intertwined the eugenics movement was into the welfare state of early-twentieth century Europe and the United States. Per Nils Roll-Hansen in the conclusion to Eugenics and the Welfare State, in the first decade of the 1900s, a classical concept of genetics was formed in which an individual’s phenotype could be influenced by not only their genetic makeup, but by a combination of genotype and environmental and social factors. After being pioneered by conservative evolutionists such as Galton and his cohort of protégés, then, “reform” eugenics of the 1920s and 1930s was led by scientists looking to jettison the racist reputation of their predecessors through a “renewal of the ‘social contract’ of the movement” (Roll-Hansen 260).   In Scandinavia, Britain, and elsewhere in Europe, newly elected Labour governments used legislation to enact the forced sterilization of the “feebleminded” and weak in the name of the protection of both that marginalized group and the population as a whole. In England in particular, liberals used “eugenical arguments to disseminate information to the working classes on how they should behave biologically for their own benefit and that of the English ‘race’” (Hasian 115). American liberals used neo-Lamarckian ideas concerning the social influences on human traits to emphasize the importance of “race poison” studies (Hasian 128)—research that “proved” that, for example, cigarettes and alcohol had negative downstream effects on the human race (Hasian 28).

For an understanding of how this type of welfare state came to be, I turn, now, to the eighteenth century, as sovereign power shifted from individuals ruling over principalities and whomever lived inside of them to governments overseeing populations understood to live in, travel to, trade with, and war with neighboring lands. In a 1978 talk to the Collège de France, Michel Foucault outlined this shift in governance, arguing that it ushered in the birth of economies: collections of goods, people, and money that all fell under the sovereignty of a state. Critical to the management of these economies were technologies of counting and tracking—statistics, anthropometrics, and the like. Majia Nadesan, reading Foucault as well as Nikolas Rose, notes that governmentality addresses some key concepts surrounding the organization of society’s technologies, problems, and authorities; it recognizes, too, that individuals are both turned into “self-regulating agents” and/or marginalized as invisible or dangerous (1). In order to explain how hegemonies develop and deploy technologies to control the life of populations, Foucault developed the concept of biopower, “arguably the most pervasive form of power engendering the homologies and systemic regularities across the diverse fields of social life” (Nadesan 3).

Without question, the technologies enabling eugenics and their legislative implementation are prime examples of governmentality and biopower at work—the combination of which can be understood through Foucault’s “biopolitics”. In the biopolitical realm, knowledge of man—at once global, quantitative (i.e., concerning the population), and analytical (i.e., concerning the individual)—is exploited by loci of power to divide, categorize, and act “upon populations in order to securitize the nation” (Nadesan 25). As the nineteenth century came to a close, the negative effects of laissez-faire policies turned the tide towards a more active liberal state, one that enabled citizens to maximize their liberties. Nadesan perfectly sums up where welfare-state sponsored eugenics comes in: “the modern liberal-welfare state utilized biopolitical knowledge and expert authorities to expand its power at the level of the population…while simultaneously these forms of knowledge operated to individualize and subjectify citizens as particular kinds of subjects” (26). This occurred at the expense of the liberties of some individuals, of course, as conceptualizations of the normal and pathological were dispersed throughout the population (Nadesan 26).

As the twentieth century progressed through two World Wars and the biomedical and technological revolutions that accompanied them, psychology, anthropology, and sociology saw major shifts towards the social experiences of the individual in shaping psychologies and behaviors—this is something exemplified in the two brief histories above. Alongside these new visions of what it means to be human, new technologies of the self (e.g., the self-help personality test, the self-experiment, psychotropics) engendered an empowered, self-governing subject of liberal democracy (Nadesan 149). These technologies of the self (Foucault’s term) ushered in a neoliberal mode of governance—one in which welfare states jettisoned responsibility for the individual. As Nadesan notes, “By stressing ‘self-care,’ the neoliberal state divulges paternalistic responsibility for its subjects but simultaneously holds its subjects responsible for self-government” (33). Enter, then, the Quantified Self: a movement predicated on the use of technologies which enable individuals not only to self-track, but to make changes in their lives—based on the data collected—towards a normative conceptualization of a good, healthy citizen. And while certainly not a prerequisite, sharing that data with others adds “value” to it by enabling comparison and competition, though at the risk of being utilized by surveillance apparatuses.

Eugenics, then, was seemingly predicated on wholesale changes to the collective while Quantified Self is based on an individual’s efforts to play their responsible part in society—for the sake of that same collective. Both utilize technologies of governmentality that depend on statistical mechanisms invented and/or made mainstream by Francis Galton. But this relationship is more than just analogous—by tracking the development of technologies of experimentation, behaviorism, psychometrics, and personality classification, we see a complex progression from welfare-style “one for all” approach to the neoliberal state’s reliance on self-governance. I have already noted a number of social-welfare focused programs offered by “reform” eugenicists. In hard-liner, “positive” eugenics, those deemed worthy are incentivized to reproduce—see, for example, Galton’s £5,000 wedding gift proposal, as well as Henry Fairfield Osborn’s speech to the Third International Congress on Eugenics, in which he argued for “not more but better Americans” (41). To a eugenicist—even a hard-liner—these types of programs might be considered what William Epstein calls “moral behaviorism—the use of material incentives to promote socially acceptable behavior” (183-4), in this case, reproduction for the sake of the race. The development of behaviorism into self-experimentation and incentivized self-tracking makes a great deal of sense, then, as the neoliberal emphasis on self-care no longer warranted social welfare programs. Nadesan, once again citing Rose, notes that “political authorities sought to ‘act at a distance’ upon the desires and social practices of citizens primarily through the promulgation of biopolitical knowledge, experts, and institutions that promised individual empowerment and self-actualization” (27). The classificatory power of psychometric testing under the early-twentieth century welfare state served to exclude and erase those individuals deemed worthy of institutionalization or, worse, deemed unworthy of reproduction. The same technology which enabled these tests drive the self-informing power of the daily happiness meters and mood surveys of the Quantified Self. Nadesan, this time citing Mitchell Dean, points out neoliberalism’s heavy emphasis on normalization of our social and cultural condition—a normalization centered around containment and extrication of risk; “concerns for ‘responsibility’ and ‘obligation’ outweigh freedom and rehabilitation” (35). Participating in the Quantified Self, one is under the impression that their freedom to excel will be enhanced by the adjustments made thanks to the data they have collected. Welfare states sought to normalize towards compliance through aggregate data. The neoliberal state aggregates through surveillance apparatuses for the sake of risk management. Galton’s psychometrically driven tests classified those worthy of breeding and those not. Tracing the progression of these tests along with the shift from social-welfare to neoliberal biopolitics, it is easy to recognize and understand the shift into a market based on products heavily reliant on the collection and analysis of personal data.

What is the history of the quantified self a history of? One could point to technological advances in circuitry miniaturization or in big data collection and processing. The proprietary and patented nature of the majority of QS devices precludes certain types of inquiry into their invention and proliferation. But it is not difficult to identify one of QS’s most critical underlying tenets: self-tracking for the purpose of self-improvement through the identification of behavioral and environmental variables critical to one’s physical and psychological makeup. Recognizing the importance of this premise to QS allows us to trace back through the scientific fields which have strongly influenced the QS movement—from both a consumer and product standpoint. Doing so, however, reveals a seeming incommensurability between an otherwise analogous pair: QS and eugenics. A eugenical emphasis on heredity sits in direct conflict to a self-tracker’s belief that a focus on environmental factors could change one’s life for the better—even while both are predicated on statistical analysis, both purport to improve the human stock, and both, as argued by Dale Carrico, make assertions towards what is a “normal” human.

A more complicated relationship between the two is revealed upon attempting this genealogical connection. What I have outlined over the past few weeks is, I hope, only the beginning of such a project. I chose not to produce a rhetorical analysis of the visual and textual language of efficiency in both movements—from that utilized by the likes of Frederick Taylor and his eugenicist protégés, the Gilbreths, to what Christina Cogdell calls “Biological Efficiency and Streamline Design” in her work, Eugenic Design, and into a deep trove of rhetoric around efficiency utilized by market-available QS device marketers. Nor did I aim to produce an exhaustive bibliographic lineage. I did, however, seek to use the strong sense of self-experimentation in QS to work backwards towards the presence of behaviorism in early-twentieth century eugenical rhetoric. Then, moving in the opposite direction, I tracked the proliferation of Galtonian psychometrics into mid-century personality test development and eventually into the risk-management goals of the neoliberal surveillance state. I hope that what I have argued will lead to a more in-depth investigation into each step along this homological relationship. In the grander scheme, I see this project as part of a critical interrogation into the Quantified Self. By throwing into sharp relief the linkages between eugenics and QS, I seek to encourage resistance to fetishizing the latter’s technologies and their output, as well as the potential for meaningful change via those technologies.

Gabi Schaffzin is a PhD student at UC San Diego. He swore he’d never bring Foucault into his Cyborgology posts. ¯\_(ツ)_/¯.