What is The History of The Quantified Self a History of? Part 3 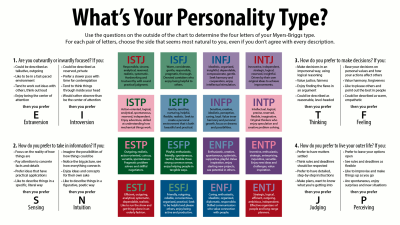 Welcome to part three of my multi-part series on the history of the Quantified Self as a genealogical ancestor of eugenics. In last week’s post, I elucidated Francis Galton’s influence on experimental psychology, arguing that it was, largely, a technological one. In an oft-cited paper from 2013, researcher Melanie Swan argues that “the idea of aggregated data from multiple…self-trackers[, who] share and work collaboratively with their data” will help make that data more valuable—be it to the individual tracking, physician working with them, corporation selling the device worn, or other stakeholder (86). No doubt, then, the value of the predictive power of correlation and regression to these trackers. Harvey Goldstein, in a paper tracing Galton’s contributions to psychometrics, notes that Galton was not the only late-nineteenth century scientist to believe that genius was passed hereditarily. He was, however, one of the few to take up the task of designing a study to show genealogical causality regarding character, thanks once again to his correlation coefficient and resultant laws of regression.

Galton’s contributions to psychometrics go beyond technological, however, and into methodological. In what I might have also included as an example of the scientist’s support for self-experimentation, Galton’s 1879 “Psychometric Experiments” features the results of a word association test performed on himself:

The plan I adopted was to suddenly display a printed word, to allow about a couple of ideas to successively present themselves, and then, by a violent mental revulsion and sudden awakening of attention, to seize upon those ideas before they had faded, and to record them exactly as they were at the moment when they were surprised and grappled with. (426)

Famously, this word association test was used by Carl Jung as he developed methods to classify his subjects into his various psychological types (Paul 82). Eventually, this tool pioneered by Galton was used to build the Myers-Briggs Type Indicator a 93-question test which plots a test-taker’s personality along multiple axes. Interestingly, the MBTI works against what Nicholas Lemann calls “the first principle of psychometrics…that all distributions bunch up in the middle, in the familiar form of a bell curve” (91). Because of the MBTI’s assumption that individuals are either introverts or extroverts, and so on, resultant data would look like an inverse bell curve, with data bunched up on either end of the axes. Though the test had been conceived of decades prior, Katherine Briggs and Isabel Briggs Myers were finally inspired to finalize the MBTI’s matrices in 1943. The test was, per its creators, intended to help people understand one another—a concern inspired by the onset of World War II, which also provided a more practical reason for its development: helping women who were replacing men in the industrial workplace to find the right “fit” in their new jobs (Myers 208).

Beyond influence in managerial-type personality tests, a Galtonian lineage can be found in the development of the Minnesota Multiphasix Personality Inventory. The 567-item questionnaire was built using a system derived from the nosological methodology of Emil Kraepelin, a German psychologist who, in 1921, published a paper arguing for “inner colonization”—what one translator suggests “as being rightly associated with the eugenics movement” (Engstrom and Weber 341). While the MMPI is perhaps the most widely used psychological personality test, it is closely followed by the Sixteen Personality Factor Questionnaire, a 187-item test developed by Raymond Cattell in the 1940s (Paul xii, xiv). The eccentric researcher developed his own language (with words like “Autia”, “Harria”, Parmia”, and “Zeppia” all referring to different character traits) in order to describe subjects in a novel manner. Cattell’s quirkiness is perhaps not too surprising when his academic pedigree is revealed: he was recruited into psychology by the eugenicist Cyril Burt (Paul 179), who was eventually revealed to have falsified most of his data in twin studies meant to support Galtonian conceptualizations of heredity (Hattie 259). Charles Spearman, Cattell’s academic mentor, was another eugenicist who argued that “‘An accurate measurement of everone’s inteligence would seem to herald the feasibility of selecting better endowed persons for admission into citizenship—and even for the right of having offspring’” (Paul 179). And while Cattell attempted, after World War II, to walk back his belief in purely hereditary personality traits, he could not resist revisiting his eugenicist ways in his 1972 A New Morality From Science (Paul 180-81).

The history of Galton and eugenics, then, can be traced into the history of personality tests. Once again, we come up against an awkward transition—this time from personality tests into the Quantified Self. Certainly, shades of Galtonian psychometrics show themselves to be present in QS technologies—that is, the treatment of statistical datasets for the purpose of correlation and prediction. Galton’s word association tests strongly influenced the MBTI, a test that, much like Quantified Self projects, seeks to help a subject make the right decisions in their life, though not through traditional Galtonian statistical tools. The MMPI and 16PFQ are for psychological evaluative purposes. And while some work has been done to suggest that “mental wellness” can be improved through self-tracking (see Kelley et al., Wolf 2009), much of the self-tracking ethos is based on factors that can be adjusted in order to see a correlative change in the subject (Wolf 2009). That is, by tracking my happiness on a daily basis against the amount of coffee I drink or the places I go, then I am acknowledging an environmental approach and declaring that my current psychological state is not set by my genealogy. A gap, then, between Galtonian personality tests and QS.

Next week, I’ll conclude the series by suggesting that this gap might be closed with the help of your friend and mine, Michel Foucault. Come back, won’t you?

Gabi Schaffzin is a PhD student at UC San Diego. He hates personality tests—of which he has had to take many, thanks to his past life—because he always ends up smack dab in the middle of whatever silly outcomes are possible.

Paul, Annie Murphy. The Cult of Personality: How Personality Tests Are Leading Us to Miseducate Our Children, Mismanage Our Companies, and Misunderstand Ourselves. New York, Free Press, 2004.