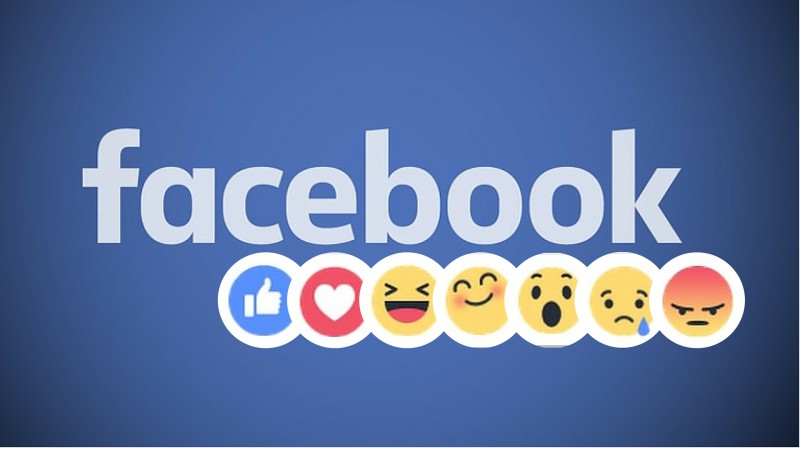 The range of human emotion is both vast and deep. We are tortured, elated, and ambivalent; we are bored and antsy and enthralled; we project and introspect and seek solace and seek solitude. Emotions are heavy, except when they’re light. So complex is human affect that artists and poets make careers attempting to capture the allusive sentiments that drive us, incapacitate us, bring us together, and tear us apart. Popular communication media are charged with the overwhelming task of facilitating the expression of human emotion, by humans who are so often unsure how they should—or even do—feel. For a long time, Facebook handled this with a “Like” button.

Last week, the Facebook team finally expanded the available emotional repertoire available to users. “Reactions,” as Facebook calls them, include not only “Like,” but also “Love,” “Haha,” “Wow,” “Sad,” and “Angry.” The “Like” option is still signified by a version of the iconic blue thumbs-up, while the other Reactions are signified by yellow emoji faces.

Ostensibly, Facebook’s Reactions give users the opportunity to more adequately respond to others, given the desire to do so with only the effort of a single click. The available Reaction categories are derived from the most common one-word comments people left on their friends’ posts, combined with sentiments users commonly expressed through “stickers.” At a glance, this looks like greater expressive capacity for users, rooted in the sentimental expressions of users themselves. And this is exactly how Facebook bills the change—it captures the range of users’ emotions and gives those emotions back to users as expressive tools.

However, the notion of greater expressive capacity through the Facebook platform is not only illusory, but masks the way that Reactions actually strengthen Facebook’s affective control.

Although Reactions offer an emotional lexicon that affords more granularity than the universal “Like,” they maintain the platform squarely within a happiness paradigm. Facebook maintains a vested interest in keeping the site a generally cheerful place. Advertisers post there, and it wouldn’t do to have users who openly dissent against those who paid for ad space. Moreover, advertisers are willing to pay because users go there, and people feel (at least a little) bad when they read disproportionately negative content. Keeping things cheerful keeps users coming back, which keeps eyeballs for sale and ad space more valuable. That Facebook designed Reactions based on content produced by users themselves is of little meaning, as the site has always facilitated a positive affective bent. Engineers are therefore pulling sentiments from a user-base whose emotive expressions were already shaped by a precisely designed platform.

Of note, alternate expressive options are only available after toggling or long-holding over the still-compulsory “Like” option. This is reminiscent of the way Facebook added more granular gender identity options, but relegated 56 of the 58 options to an “Other” category, available only as an alternative to the Male-Female binary. Just as they reorganized gender expression to reinforce cis-normativity, Facebook has now reorganized affective expression in a way that normalizes cheer.

Moreover, all of the Reactions, including negative ones, are signified with adorable emoji faces. These emoji express sadness and anger as a little bit silly, not too threatening, not too real. “Like” might not be the appropriate response to the passing of a loved one, but bulbous tears streaming down a banana yellow face feels downright disrespectful. Imagine posting a brow-furrowed Angry emoji in response to a friend’s personal story of sexual assault. It’s the symbolic equivalent of “that rascal!!” and woefully inadequate for anything that provokes real anger.

The cartoonishness of Reactions is most certainly intentional. It lets people express a degree of anger or sadness, while easing the transition into the remaining lines of News Feed filled with cute memes, funny text message screen captures, and images of friends on vacation. H.L. Starnes once compared bad and sad news on Facebook to the candy river in the 1970s Charlie and the Chocolate Factory film, in which those aboard float through “a bright garden of colorful sweets” and then into “an ever-quickening barrage of lights and awful imagery only to emerge on the other side to continue a fantastical tour of candy making delight.” Facebook Reactions let users quickly pause for something awful, but then seamlessly continue on their fantastical George Takei-filled tour.

In contrast to the seeming expansion of expressive capacity, Facebook Reactions strengthen Facebook’s hold on the overall sentiment of the site. Reactions don’t just offer more options, but give users a particular set of tools with which they can efficiently engage bad news. It is challenging to respond to bad news. The person who shares bad news is vulnerable, and the task of crafting a thoughtful reply requires effort and can be quite uncomfortable. Reactions give users an “out,” and give Facebook control over how negative sentiments manifest. By encouraging emotional expression through pre-fab Reactions, Facebook does not foster expressive autonomy, but instead, stakes an ever stronger hold on how sentiment takes shape.

Excellent article. I'm an older internet user. My experience of the internet was shaped by fellow coders who taught me the difference between "free as in speech" and "free as in beer". Software licensing aside this concept applies to a commercial platform such as Facebook that is often a primary source of user's news and self expression. Who will we become if we express ourselves within this tightly bounded space? These recent "reactions" are caricatures of real emotions, the kind of faces you might pull to amuse a baby. Within the walls of Facebook, I find this mollifying of human experience to be perverse. I would never expect Facebook to do the right thing; it has no obligation to philanthropy. I just hope users consider how their self expression is being subverted.

Thank you for this excellent comment.
"Who will we become if we express ourselves within this tightly bounded space?"-What an eloquent way to capture both the shaping effect of the platform and its interplay with selfhood.