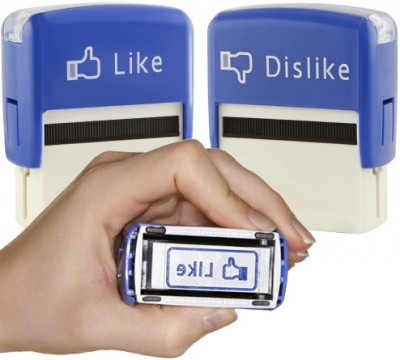 At this point everyone is undoubtedly aware of the school shooting at Umpqua Community College in Oregon, though I am certain the method by which we came across the news varied. Some of us were notified of the event by friends with fingers closer to the pulse, and still more of us learned about it first-hand through a variety of content aggregation platforms, such as Reddit.

I would hazard that the majority of people learned about it first and foremost through social media;  primarily Facebook or Twitter. I certainly did. A friend first told me about it through Facebook Messenger, and almost immediately after she did, I started to see articles trickling into my newsfeed in the background of my Messenger window. And the moment that happened I shut my Facebook tab down, despite the fact that I compulsively, addictively, have it open almost all the time.

Facebook, when taken on the whole, is a fantastic way for people to compare each others’ lives and share pictures of kittens and children, but when it comes to a tragedy, the platform is woefully inadequate at allowing its users to parse and process the gravity of events as they unfold. It is a thorough shock to a system that thrives on irreverent links and topical memes, and when faced with an item that requires genuine reflection and thought, it is often simpler – indeed, even more beneficial – for users to turn their heads until the kittens may resume.

This is no fault to the user. At the system level, this is the way Facebook operates. Users share personal updates, photos, or links, and other users may comment or “like” them before sharing them within their own group of friends. Liking content is often perceived as a method by which to gauge this content. Is it worth your time? Judging by the sheer volume of users who liked it, perhaps it is.

But, as is inevitable, a system like that has a tendency to favor those aforementioned irreverent links. Is your meme good enough – nay, dank enough – to garner All of The Likes? Then congratulations: You have, in a sense, won Facebook. There is a strange sense of accomplishment through that feat that is difficult to convey in a way that does not invariably make us all sound embarrassingly shallow, but in the internet age, where fictitious and transient achievements are often held up side by side with those more tangible, it is a very important item to consider. Because Facebook rewards the user with likes. The content that garners the most likes, regardless of  substance, is the one that results in reward.

And herein lies the rub. Facebook does not offer any way to weight or differentiate these links in a meaningful way, so all of your social media content has a tendency to just flow, like a deranged stream-of-consciousness. Try to imagine the scene from the 1971 classic Willy Wonka and the Chocolate Factory in which Gene Wilder takes a group of innocent civilians down a tunnel of terrors. At one point, they slowly travel down a river of candy and see a bright garden of colorful sweets, and in the next moment, they are treated to an ever-quickening barrage of lights and awful imagery, only to emerge on the other side to continue a fantastical tour of candy making delight. This is more or less the Facebook experience during any sort of national tragedy, and as you might surmise, it has a tendency to leave us all a little desensitized, confused, and hollow.

The fact is, when you read about ten people murdered and countless others injured in between a list of “12 Pugs Who Cannot Even Right Now” and a gallery of Disney Princesses dressing as though they play in an ‘80s hair metal tribute band, it quickly becomes jarring to have to openly and honestly consider the one piece of news that is irresponsible to ignore.

This is the true reason I jumped ship from Facebook:  I felt I needed to find my information elsewhere. After experiencing multiple school shootings through the social media juggernaut, I was all too aware of the unhealthy way I would wind up consuming the news if I stayed where I was, biting my nails and refreshing my home page to click on link after link. Every article would possess a  shock headline specifically designed to garner coveted clicks, and many would quickly deviate off the topic into politicized debate, piggy-backing off the horrific event in ways that would produce the greatest volume of interaction through either likes or comments. The fates of the victims and their families would inevitably be buried under the larger, more politicized issues that generate substantially more views. I hope you will all be understanding when I say that I am, at long last, a bit too squeamish for the process. Facebook wasn’t built for bad news.

To Facebook’s credit, they have clearly heard their users and are working to add some additional functionality to the platform to help people respond in a meaningful and appropriate way to news that does not, and should not, ever garner a “like.” News outlets have been quick to dub this upcoming functionality the “dislike button,” as this has been a common request by Facebook users from the moment the like button came into existence. However – and again, this is to Facebook’s credit – there will be no dislike button for the exact reasons you already know. Such a feature would only cause users to rampantly troll and bully other users with negativity, which goes completely counter to the sort of positive cyber utopia Mark Zuckerberg would like his community to be. 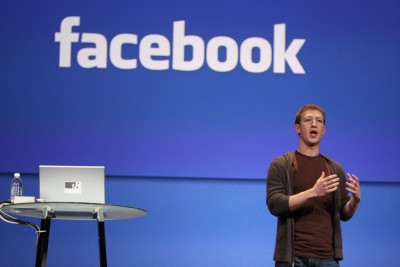 No, if the reports from Facebook are to be taken at face value, we are more likely to receive a button that gives us the ability to issue condolences or regards – something specific that shows a respectful acknowledgement of the news received, and notifies the poster that we are thinking about it.

And so, all our problems are solved, and in the future, no Facebook user will be burdened by the awkwardness of having to sit in silence when an acquaintance announces the passing of a family member, mouse arrow hovering between the comment bar and the “like” button, uncertain of how to proceed.

The truth is that “liking” something on Facebook is the absolute lowest common denominator of participation in the community, and any additional button meant to showcase a feeling of remorse would have no more impact than the tools already at our disposal. Does clicking “Sorry About That” at the news of a gun-related massacre actually indicate anything other than the consumption of the headline?

Likes, dislikes, regards, condolences – whatever new and supposedly groundbreaking interactive buttons Facebook chooses to unveil still fail to convey interaction in any meaningful way. If we are to assume that this problem is a wound, then the addition of new buttons is not even a band-aid that might cover it up. It is a team of strangers wandering in off the street  to stare at the wound while shrugging their shoulders.

At the end of the day, Facebook’s issue with conveying tragedy has nothing to do with a lack of expressive tools. They have plenty of sad-face emojis. I can conjure up a cartoonish picture of a crying dog clutching a broken heart even as we speak. The problem is that these minimum-effort interactions are still sandwiched in between list articles of Harry Potter gifs and celebrity gossip. There is no weight; nothing to distinguish that this news about human suffering is any more or less important than the exciting comeback Tom Hardy gave in a recent interview preceding his latest blockbuster. When true tragedy occurs – personal, local, or even international – the consumption of that information is every bit as important as the interactions that follow it. An event like the school shooting at Umpqua demands more than just a modicum of reverence and attention. Would any of us be satisfied if we relayed the passing of a loved one – a personal loss – and that news was buried underneath recipes for cookie bars and this year’s swimwear trends?

If this all seems a bit high-horse and hypocritical (I am, after all, still a Facebook user wandering through every image of a baby hippopotamus I can find and compulsively liking them all), then allow me to assuage that anger slightly by letting you know that I am not in the business of blaming Facebook users for using a platform the way it was clearly designed to be used. If I accomplish anything with this piece, I hope it will be to challenge us all to consider the media through which we consume our information, and if there is some failing in those media, to look elsewhere or to request a change. I do not know if Facebook considers themselves responsible in any way for the delivery of important news to their users, but given how many of us acquire information about current events through their platform, I think it’s important that the designers and employees of Facebook understand that the paradigm creates a responsibility, and it is currently undelivered.

H.L. Starnes is a writer, pop culture enthusiast, social media connoisseur, and owner of a very official looking certificate that labels him the Number One Dad, edging out all other fathers in a global ranking system.