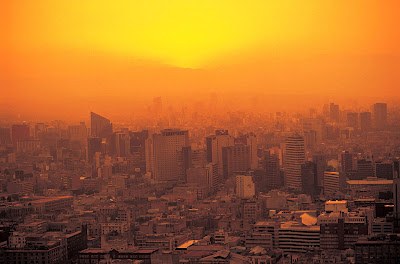 There are any number of ways to frame the apocalypse, I suppose. As one who spends a lot of time thinking about technology, mine is a phenomenon known as “technological autonomy.”

I’m convinced that technological autonomy may be the single most important problem ever to face our species and the planet as a whole. A huge statement, obviously, but there’s plenty of recent evidence to back it up.

Briefly stated, technological autonomy describes a condition in which we’re no longer in control of our technologies: they now function autonomously. This isn’t as absurd as it may sound. The idea isn’t that we can’t switch a given machine from “on” to “off.” Rather, technological autonomy acknowledges the fact that we have become so personally, economically, and socially committed to our devices that we couldn’t survive without them.

Technological autonomy is probably the most controversial theory in the rarified but growing field known as the philosophy of technology. Paul T. Durbin, a professor emeritus of philosophy at the University of Delaware, has written that the discipline is roughly divided between those who interpret technology narrowly and those who interpret it broadly. If you think of technology as tools, period, scholars in the narrow camp agree with you. They tend to have engineering backgrounds and become irritated at any suggestion that machines have taken on a life of their own. “It is not the machine that is frightening,” says Joseph Pitt of Virginia Tech University, “but what some men will do with the machine; or, given the machine, what we fail to do by way of assessment and planning.”

Scholars in the broad camp, who often come from philosophy or sociology backgrounds, say it isn’t that simple. They insist that technology must be seen systemically, that it includes not only machines but also the social relationships and economic structures in which machines flourish. As Thomas Misa of the University of Minnesota puts it, technology is “far more than a piece of hardware,” but rather “a shorthand term for the elaborate sociotechnical networks that span society.”

From that perspective we can see that controlling our machines involves much more than just deciding, “Okay, we’re not going to do that anymore.” All of us, whether we like or not, are enmeshed in a massively complex web of interconnected, inter-dependent technologies and technological systems. To extricate ourselves from those systems would inflict massive, probably irreparable, damage to our way of life. I use the term “de facto technological autonomy” to suggest that while we can literally turn off our machines, practically we are unable to do so. 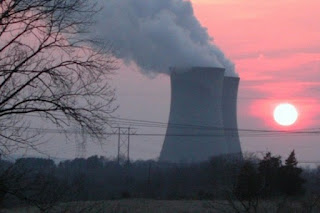 The people of Japan have learned a lot about technological autonomy since the tsunami hit the Fukushima reactors. They’d love to get rid of nuclear power altogether, but their leaders are telling them that to do so invites economic disaster. In much the same way we Americans, along with most of the rest of the developed world, are trapped by our automobiles. We know that for lots of reasons we’d be better off if we stopped driving them tomorrow, but we can’t. If we did, life as we know it would collapse, since in one way or another we depend on the internal combustion engine for our jobs, our food, and virtually everything else we need. It’s impossible to overestimate the implications of that particular dilemma, politically, economically, militarily, and – most important – environmentally.

The reasons I think technological autonomy is the most crucial issue in history are contained in several reports I’ve come across in recent months. They’re collected on my hard drive in a folder labeled “The End of Civilization.” Together they testify, explicitly or implicitly, to a growing consensus in the scientific community that we humans are not going to find it within ourselves to act soon enough or dramatically enough to forestall catastrophic climate change. If the battle is about bringing our machines to heel, it’s pretty certain at this point we’re going to lose.

An example appeared in a New York Times essay in July by Roger Bradbury, an ecologist at Australian National University. The world’s coral reefs, sources of food for millions of human beings, have become “zombie ecosystems,” he wrote. They will collapse entirely within a human generation. Although the evidence that this is happening is “compelling and unequivocal,” scientists and politicians alike have consistently “airbrushed” the truth. There’s hope to save the reefs, we’re told, if only we take prudent action. Forget it, Bradbury said. There isn’t any hope.

The scent of doom similarly emanated from a report in England’s Guardian newspaper in February. “Civilization faces a ‘perfect storm of ecological and social problems,'” the headline read. That was the conclusion of a group of 20 scientists who had all been winners of the Blue Planet prize, an international award the Guardian described as “the unofficial Nobel for the environment.” The paper issued by the group made repeated use of the word “unprecedented,” as in this passage:

“In the face of an absolutely unprecedented emergency, society has no choice but to take dramatic action to avert a collapse of civilization. Either we will change our ways and build an entirely new kind of global society, or they will be changed for us.”

A month later the journal Science published a paper signed by an international group of 32 experts who specialize in environmental governance. “Societies must change course to steer away from critical tipping points in the Earth system that could lead to rapid and irreversible change,” the paper said. “Incremental change is no longer sufficient to bring about societal change at the level and with the speed needed to stop earth system transformation.”

Yet another apocalyptic paper soon followed, this one by a group of 22 scientists from a variety of fields, writing in the June issue of the journal Nature. Entitled “Approaching a state shift in Earth’s biosphere,” the paper warned that the planet’s environmental systems were nearing breakdown on any number of fronts and that those “tipping points” would likely be sudden and dramatic rather than gradual. The Los Angeles Times quoted lead author Anthony Barnosky, a professor of integrative biology at UC Berkeley, as comparing the likely severity of the environmental shifts we’re facing to the effects of an asteroid hitting the planet. 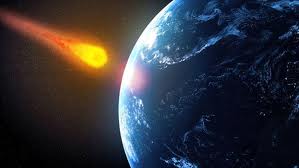 That the world seems to have taken little to no significant notice of these warnings strikes me as utterly astonishing. It’s as if a family has been told that their house is on fire and they remain glued to their TV shows and video games, potato chips and soda at hand. Certainly climate change hasn’t been anything close to a central issue in the current presidential campaign. The only conceivable explanation is that we are simply unable to contemplate the scope and depth of changes that will be required to forestall the catastrophes the scientists are predicting. That by definition comprises a condition of de facto technological autonomy.

The volume of scientific alarms increased in recent months in part in anticipation of Rio+20, an international colloquy on the environment held in Rio de Janeiro in June. Officially named the United Nations Conference on Sustainable Development, the nickname was a nod to the fact that the conference was convened on the twentieth anniversary of the 1992 Earth Summit, also held in Rio. At that meeting a global “blueprint” was adopted that would supposedly set the nations of the world on the path to a saner environmental future.

As it’s turned out, the two Rio conferences can be considered benchmarks on our journey over the environmental cliff. Global warming, among other sources of degradation, has only accelerated since the first one, and nothing emerged from the second one to suggest we’ll find a way to reverse that trend anytime soon. Kumi Naidoo, executive director of Greenpeace International, called the conference as a whole “a failure of epic proportions” and its rambling, inconclusive final report “the longest suicide note in history.”

Our ongoing impotence in the face of climate change prompted one of our better-known environmental activists, Bill McKibben, to publish an angry and pessimistic jeremiad in the August issue of Rolling Stone. He spent a few thousand words documenting the latest irrefutable evidence that disaster’s approach continues unimpeded while the “charade” that we’re actually dealing with it continues, as it has for decades.

“Since I wrote one of the first books for a general audience about global warming way back in 1989,” McKibben said, “and since I’ve spent the intervening decades working ineffectively to slow that warming, I can say with some confidence that we’re losing the fight, badly and quickly – losing it because, most of all, we remain in denial about the peril that human civilization is in.”

The conclusion is inescapable that some challenges are just too difficult to face. Controlling the machines we’ve unleashed seems to be one of them.

This post also available on Doug Hill’s blog The Question Concerning Technology. Find his previous essays on the topic of technological autonomy here and here.

[...] “technological autonomy may be the single most important problem ever to face our species and the pla...” [...]

I agree with the idea presented here of "technological autonomy." Mankind has become so dependent on technology for the operation of our entire lifestyle that we are not only unwilling but unable to give it up, despite the obvious environmental and social problems that it has caused over time. In this way, it is accurate to say that we are not in control of technology, but that it is rather in control of us.

This presents two dangers. The first is the one discussed in this article: the enormous environmental dangers created by technology. However, there is a second danger, which is man's utter dependence on technology. If our technology were somehow disrupted (which, considering the vastly complicated and interconnected system of modern technology, could happen in any number of ways), our society would be destroyed along with it. Most modern people have lost the ability to survive in a world without technology. We depend on it for every aspect of life: shelter, food, transportation, communication.

I am in full agreement that our dependence on technology is the biggest danger that has ever faced human society. With every advance in technology, it becomes more perilous.

Joshua, thanks for your comment. I agree with your point about our becoming increasingly vulnerable as our dependence on technology has grown, especially since most of us (myself included) are incapable of repairing the technologies we use. Jacques Ellul (my guru) said that humankind has traded its vulnerability to nature for vulnerability to technology: we now bow before the Technology Gods, praying for blessings and survival.(BTW, a friendly suggestion: You'll win more friends with your arguments if you avoid gendered words like 'mankind.")

[...] not the master of a tool or device is similarly captured in Jacques Ellul’s notion on”technological autonomy” and actor-network theory as derived from Bruno Latour). The structural reality of [...]