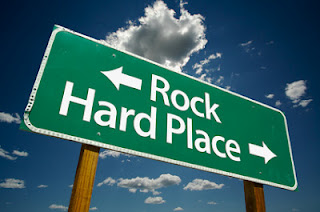 The example in that previous post was Japan’s commitment to nuclear power. Here I’ll consider two examples involving specific consumer products: the international sale of sports utility vehicles and the international sale of snack foods.Both examples raise an important definitional question: Which is the driving force, technology or capitalism? It’s a hard question to answer because at a certain stage of development the two are so closely intertwined that it’s often impossible to separate them. On the one hand, the spread of global capitalism would clearly be impossible without mass production technologies. On the other hand, capitalism is clearly the economic model most responsible for the development and exploitation of mass production technologies.

The historian David F. Noble has argued that technology is “the racing heart of corporate capitalism,” implying that capitalism directs the enterprise while technology supplies the motive force. I think you could just as successfully argue that the opposite is true. The best solution is probably to say that the relationship between technology and capitalism is dialectical, or symbiotic. Sometimes technology stimulates capitalism, other times capitalism stimulates technology; in advanced technological/capitalist societies neither could exist without the other. From either perspective an expansion of influence becomes a priority that overwhelms every other consideration, which is another way of defining a condition of de facto autonomy.

Here are the two examples that came to my attention recently: 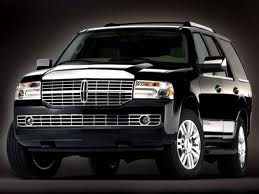 Example 1: Ford to Quadruple SUV Offerings in China Over Next Year

That’s the headline on a recent report from Reuters regarding Ford’s eagerness to supply millions of Chinese consumers with vehicles that will push global warming past the point of reversibility as quickly as possible.

According to Reuters, 2.1 million SUVs were sold in China last year, an increase of 25 percent over the previous year. That’s about half the annual sales of SUVs in the United States, but it’s just the beginning for China. Ford is aiming to increase its SUV sales in China by increasing production there and also by importing one of its largest models, the Explorer, from the United States. As it is, Chinese auto dealers can’t get enough SUVs to sell.

SUVs are hugely profitable for the auto companies, and huge profits invariably translate into glowing reports in the financial press. Environmentally, the impact isn’t so positive. In his book High and Mighty: SUVs: The World’s Most Dangerous Vehicles and How They Got That Way, Keith Bradsher reported that a midsize SUV puts out roughly 50 per cent more carbon dioxide per mile than the typical car. A full-sized SUV may emit twice as much.

No doubt those figures have changed somewhat in the ten years since Bradsher’s book came out, but it’s safe to say that SUVs aren’t the most fuel efficient vehicles on the road. That’s why their popularity – in the US, China, or any other country – isn’t something to celebrate. In fact, the Chinese government has made it a policy to encourage sales of electric vehicles. Not many consumers are buying them, though, in part because they’re absurdly expensive compared to conventional vehicles. 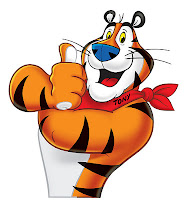 Example 2: Snacking for the Sake of Sales

The New York Times recently reported that Kellogg, the cereal company, has launched a major initiative to expand its sales of snack foods. The company is betting on snacks because sales of cereal are declining. More and more these days people are eating breakfast on the run, and a bowl of Frosted Flakes isn’t very mobile. On the other hand, Americans seldom fail to take advantage of what food marketers call a “snacking occasion.”

It doesn’t take a genius to see that this is an instance where the health of the economy is at odds with the health of the consumers upon whom the economy is built. Obesity is a health crisis of epidemic proportions, not only in the United States but around the world, and an over-abundance of snacking occasions is one good reason why. The fact that providing more opportunities for snacking occasions has become, as the Times put it, a “core mission” for Kellogg essentially means the company hopes to profit by undermining the health of its customers.

Kellogg is especially culpable on this score because, as the Times pointed out, it has long based its marketing campaigns on the lie that foods drenched in sugar are good for you. For example, it sells a breakfast cereal called Smoze (named after the old campfire treat, s’mores) that it advertises as a “good source of Vitamin D.” Another cereal, Krave, sports a label reading “Good source of fiber and whole grain.” It’s available in chocolate and double-chocolate flavors.

At the moment, Kellogg realizes only about five per cent of its international revenue from snacks, and international sales as well as snack sales are where the company sees its future. Margaret Bath, Kellogg’s senior vice president for research, quality and technology, cites projections that the world’s population will grow to between seven and nine billion people by 2050. “That’ll be a lot of mouths to feed,” she says. “We have people that are undernourished and we have people that are overnourished. It’s the job of a food scientist to serve that whole spectrum.”

Might I suggest that Ms. Bath has an unfortunately narrow conception of what it means “to serve”?

Intesrting article, Doug. I think one of the biggest questions that pops up in my mind is why people purposefully fool themselves for the sake of capitalism and/or technology; (i.e.) why do they continue to buy the SUV when it is not only the least environmentally-friendly vehicle, but will also kill their wallets due to gas prices? and why will they continue to allow themselves to believe that super-sugary foods are healthy because they have a "good source of Vitamin D"?

Thanks, Josh. I think the answer to the your question is that people don't necessarily think through these decisions in the logical way you're suggesting. In fact the partnership of technology and capitalism uses advertising, among other techniques, to encourage people NOT to logically think through these decisions. And let's face it, these products do satisfy certain needs and appetites. Driving an SUV (I'm told) provides a sense of superiority, power, safety and comfort; eating sugared foods provides an immediate sense of satisfaction and comfort. Keith Bradsher's book on SUVs has wonderful stuff on how SUVs are intentionally designed to appeal to people who are afraid -- he quotes one designer who says that if he could have put a machine gun on the roof, he would have. And I don't know about you, but the appeal of a big bowl of ice cream when I'm feeling down is a temptation I sometimes find hard to resist! The irony, of course, is that these products serve in the end to increase the very insecurities they ostensibly allay.

[...] this here because “Killing Them Softly” demonstrates a theme I’ve written about in this space: the symbiotic relationship between capitalism and technology. It also demonstrates the [...]