This Blog is Not a Fungus

Kurt Anderson’s recent article in Vanity Fair titled “You Say You Want a Devolution.” contends that the past 20 years have seen a total stagnation in the production of new cultural aesthetics. In other words, the end of the 50s looked nothing like the end of the 70s, but 1989 looks remarkably similar to 2009. Anderson concludes:

We seem to have trapped ourselves in a vicious cycle-economic progress and innovation stagnated, except in information technology; which leads us to embrace the past and turn the present into a pleasantly eclectic for-profit museum; which deprives the cultures of innovation of the fuel they need to conjure genuinely new ideas and forms; which deters radical change, reinforcing the economic (and political) stagnation.

This is concerning, since that means the entirety of our blog is nothing more than the fungal growth sitting upon the neutral technological substrate that we impregnate with decaying cultures of past decades. Tattoos, Facebook, Burning Man, the iPhone, Twitter, sex dolls, wifi, internet memes, reality TV, geek culture, hipsters, video games, faux-vintage photographs, and dubstep are all popular topics on our blog, and (along with blogging itself) are products of the last 20 years. Anderson assumes that cultural objects are made possible through technology, but refuses to admit that technologies can also be cultural objects in and of themselves.

Technology’s effect on culture is not just about the production and distribution of the media. Technology becomes part of the plot, it enables new kinds of narratives, and produces new art forms all-together. Here is a simple example: The “Can You Hear Me Now” TV trope. Movie writers cannot isolate their characters as easily as they did in the 90s. According to TvTropes.org (a wiki, who’s existence and wide-spread adoption wasn’t possible in the early 90s) movies have adapted to cell phones in many different ways. They have to break or get stolen, or the whole scene must take place outside of signal range. In Live Free or Die Hard (2007) John McClane fights to save the very telecom system that would have prevented the plot of the first Die Hard movie (1988).

But Anderson might ask us to look at the whole movie. Bruce Willis plays the same character, in the same movie, wearing the exact same thing, with the exact same police cars. It does not matter if the movie takes place in the 80s, 90s, or 00s- they all look and act the same. Fair enough, that’s what I get for using Die Hard to make an argument about culture.But if we take the “everything is a remix” approach to cultural studies, we see that the Die Hard franchise is really an assemblage of several different kinds of source material. The first two were based on the action novels Nothing Lasts Forever and 58 Minutes. The third was a rewritten movie script originally titled Simon Says. But the fourth movie is actually based on a WIRED magazine article. Anderson describes WIRED as a magazine that has always been about “cool as well as useful” and particularly popular because it helps us curate our “eclectic for-profit museums.” But Die Hard’s switch from conventional media source material, to a magazine about cool gadgets is not a coincidence. Social media and electronic gadgetry are becoming a huge part of our cultural lexicon and, unsurprisingly, have started making their mark on all aspects of society. A movie that doesn’t acknowledge or deal with the existence  of cell phones is just as absurd as a movie stylized like the 50s, set in 2012.

He also notes that, “People flock by the millions to Apple Stores…not just to buy high-quality devices but to bask and breathe and linger, pilgrims to a grand, hermetic, impecable temple to style.” Again, we must be conscious of the fact that the high temple of style is a computer store. Not clothes, not music, not cars, but computers. This fact should make Anderson worry about the validity of his own thesis. He seems to jump back and forth between computers as objects of culture in and of themselves, and as passive remix machines that let us produce a patchwork of old content. To Anderson, we have only changed  the methods of producing cultural objects, “not how they look and feel and sound, not what they are.” Anderson is ignoring the new prosumptive capacities enabled by technology that define the cultural style of the 21st century. The DIY culture, Reddit, Instagram, Arduino, and internet Memes are just a few examples of cultural artifacts from our prosumptive age.

And it is the sharing, remixing, riffing, altering, and improvising that serves as the hallmark for this generation. The various genres that utilize these methods: hip hop (which Anderson barely even mentions at all); hipsters’ eclectic bohemian clothing styles, electronic music (most popular of which, is now dubstep); and highly re-stylized photography are all beneficiaries of the means and desire to put one’s personal touch on a previous work. L.P Hartley, was not explicitly talking about technology when he wrote the words, “The past is a foreign country” but  Marshall McLuhan was, when he said “the medium is the message.” Both of them, however, remind us that cultural artifacts can take on radically different meanings when deconstructed, displaced, shifted, or repurposed. Lady Gaga’s act may look and sound a lot like Madonna’s, but while the latter sang proudly of being a “material girl” Lady Gaga uses the excess to critique fame itself.

Most of what I have described here, are somewhat subtle points. Where Anderson sees a sharp boundary, I see a recursive cause and effect. But there are two interrelated topics that Anderson gets very wrong: protest and war. In his Times cover story “Person of the Year: The Protestor” Anderson has a lot of reverence for the uprisings in Tunisia, Egypt, and the rest of the Middle East, but only mild praise for the Occupy Wall Street movement. One possible reason for this, can be found at the beginning of the article:

The stakes are very different in different places. In North America and most of Europe, there are no dictators, and dissidents don’t get tortured. Any day that Tunisians, Egyptians or Syrians occupy streets and squares, they know that some of them might be beaten or shot, not just pepper-sprayed or flex-cuffed. The protesters in the Middle East and North Africa are literally dying to get political systems that roughly resemble the ones that seem intolerably undemocratic to protesters in Madrid, Athens, London and New York City.

It is a fair critique, and one that many #0ws protesters would benefit from hearing several times a day. I also agree with Anderson’s description of social media’s role in revolutionary activity:

Calling the Arab uprisings Facebook and YouTube and Twitter revolutions is not, it turns out, just glib, wishful American overstatement. In the Middle East and North Africa, in Spain and Greece and New York, social media and smart phones did not replace face-to-face social bonds and confrontation but helped enable and turbocharge them, allowing protesters to mobilize more nimbly and communicate with one another and the wider world more effectively than ever before. And in police states with high Internet penetration — Ben Ali’s Tunisia, Mubarak’s Egypt, Bashar Assad’s Syria — a critical mass of cell-phone video recorders plus YouTube plus Facebook plus Twitter really did become an indigenous free press.Throughout the Middle East and North Africa, new media and blogger are now quasi synonyms for protest and protester.

In his Times piece, Anderson seems to “get it” when it comes to social media. It has real effects on the world that strengthen off-line bonds and helps decentralized groups communicate and coordinate actions across large geographic areas. It is not a silver bullet, companies that manage the infrastructure can only take partial credit, and there is high penetration in “nonwestern” countries (something many people forget). In his Vanity Fair article however, Anderson describes #ows like this:

“The Occupy Wall Street (and Occupy Everywhere Else) protests are a self-conscious remix of the Tea Party and Arab Spring protests.”

This description sounds like over-zealous editing at best, and a meaningless filler sentence at worst. #ows’s relationship to the Tea Party has always been imposed, not deliberately (let alone self-consciously) embedded in the movement’s ethos. Tea Partiers have participated in, and visited Occupations, but that is not their defining characteristic.

And then there is war. Lots of war. Anderson briefly mentions Vietnam as a cultural touchstone of the 60s and 70s, but no mention of this generation’s indefinite warfare. No mention of drones becoming household words, no mention of the art that opposes the war, the record-setting protests that, while largely ignored by the media, definitely did actually happen. Also no mention of the video games as a form of media. Nothing about violent video games made by the American Army, no discussion of Hillary Clinton’s crusade to keep violent video games out of the hands of children, or the any of the similar discussions we have had, as a society, about interactive media.

Popular politics and protest are very influential in pop culture. But when such protest is ignored by the media, individuals are left to making their own media, and with it, their own culture. Anderson is looking for culture in all the wrong places. There are parts of our culture that definitely conform to Kurt Anderson’s critique. The GAP and Starbucks haven’t changed much in the past decade and, as Anderson correctly notes, “Now that multi-billion-dollar enterprises have become style businesses…a massive damper has been placed on the genreal impetus for innovation and change.” One thinks immediately of the first episode of Portlandia, in which Fred Armisen and Carrie Brownstein triumphantly declare that “The dream of the 90s is alive in Portland.” But even then, the very existence of a show like Portlandia, suggests that this subculture has reached such a level of self-referential awareness, that it is only a matter of time before it is all “SO TOTALLY OVER.” 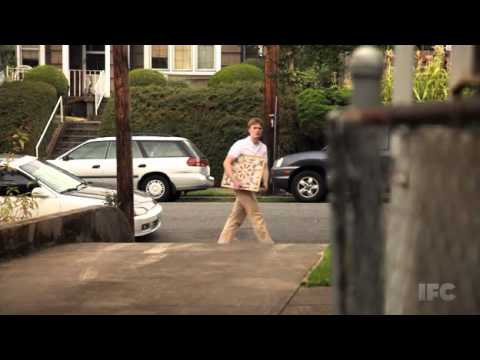 Thank you! For making this argument. Lanier makes a similar argument in You Are Not a Gadget, and I found it equally reprehensible there as well. Every time I hear people say that Culture has ceased to evolve, and exists only as an infinite and recursive parody, I always think "where the fuck are you looking?" because from where I am standing, we live in a vibrantly creative medium of continual play and prosumption. To so glibly throw out the cultural products of a generation is, I think, an intellectual and moral travesty.

[...] of SOPA/PIPA, they also stand to lose from it as well. The culture industry relies on the ability to remix and appropriate existing material and turn it into something new and unique. But even something as mainstream and pop as Justin [...]

Sherlock: A Perspective on Technology and Story Telling » Cyborgology — January 25, 2012

[...] few weeks ago, I challenged Kurt Anderson’s claim that cultural progress and innovation had stagnated in the last twenty yearse. Anderson, I content, has ignored new mediums (the Internet), [...]

Sherlock: A Perspective on Technology and Story Telling | David A Banks — March 6, 2014

[…] few weeks ago, I challenged Kurt Anderson’s claim that cultural progress and innovation had stagnated in the last twenty years. Anderson, I contend, has ignored new mediums (the Internet), […]