Lately I have been trying to list all of the spaces, places, moments in time, story telling techniques, life courses, and jobs that are not popularly considered “the real world.” Here is the not-so-comprehensive list I came up wtih:

A note about number 3 (and 4). I say “books” as a whole, to capture two sentiments. The first, is an aversion to the nerdy bookworm that is exemplified in The Twilight Zone’s “Time Enough At Last” (SPOILER). The second is a sort of anti-intellectualism that is best described in the first episode of The Colbert Report:

This feeling over fact mentality can  be extended to 7, 8, and 9 as well. One cannot truly know the world until they have lived it. One has no authority on certain topics because they are not a part of an in-group that claims legitimacy. But there are major contradictions. When one invokes the “real world” they are often describing a sort of pragmatic realism that demands experience over the learned best practices provided by institutional educational settings. There has been a move in academia to include this sort of experience in and outside the classroom in the form of increased access to internships and required community service. (I’m not linking to any sources here, because if you graduated high school in the last 10 years or have a kid who’s going through it now, you know this to be true through experience.)

For a discussion of reality television (5), check out my first blog post on Cyborgology on the increasing isomorphism of entertainment and surveillance technology.

This leaves the remainder of the list. 1, 2, and 6 are becoming increasingly intertwined and rely on one-another to remain relevant and popular technologies. In this case, “the real” is more synonymous with “offline” and are often referred to as “IRL” or “In Real Life”.  These are interactions and relationships that some still privilege over online interactions. Nathan, PJ, and many other people smarter than I (PDF) have devoted text to this line of inquiry and you should read their work.

So, what about 10? Fiction, and particularly science fiction, has always played a critical role in understanding the “real world” through metaphor, satire, and futurist conjecture. Reality follows fiction as we build flip phones, rocket ships, and burbclaves, but our awe at these technologies fade as they become more mundane. So when we talk about the “clippings on the floor” being more interesting than the puzzle pieces we fit together, consider the multi-faceted concept we call “reality” and consider the mode in which you are working. Its a slippery subject that shows you another face, as soon as you think you understood the first. I will leave you all with the classic Louis C.K. observation: “everything is amazing and nobody is happy:” 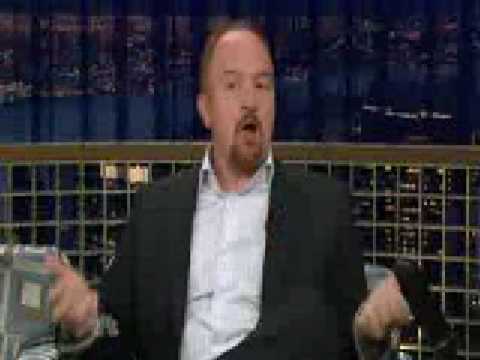 "You are sitting on a chair, in the sky...!" That is practically what it is... and people do not even notice. Lately I started apreciating the technology we have this way: Imagine yourself as a 1400's person who sleeps without fans and has to travel by horse to other places. What would you do if a 21st century person travels to your era and shows you videogames, the internet, texting, airplanes, and spaceflight? just put yourself under their skin. You would even think its witchcraft, because it is really magic.

Criticizing Other Things Like We Criticize the Internet » Cyborgology — December 23, 2011

[...] sister, or your husband leans over and tells you to, “get off the Interent and interact with the real world.” Its a slightly rude thing to say, but you put your phone down and engage with those in [...]

[...] Man, the iPhone, Twitter, sex dolls, wifi, internet memes, reality TV, geek culture, hipsters, video games, faux-vintage photographs, and dubstep are all popular topics on our blog, and (along with [...]