Re-integrating the Self Narrative 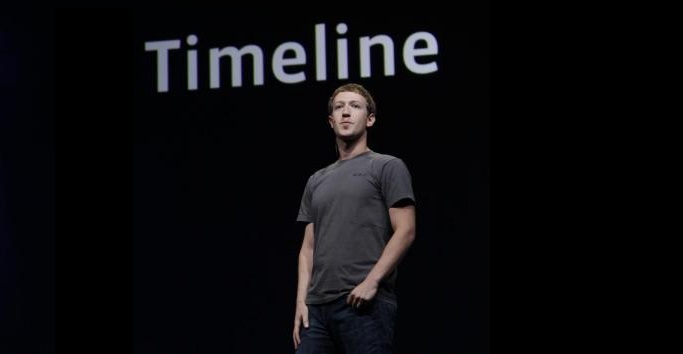 Facebook is now rolling out the new Timeline format. Reviews, as usual, are mixed. Some applaud the now historically situated self presentation while ohers express discomfort at the increasing reach of this platform as it now invades a past in which it was previously absent. I am not going to engage these debatesin the present post. Instead, I will talk about what Timeline does in in terms of self and identity.

Timeline, I argue, integrates self narratives fragmented by their simultaneous temporal location prior to, and at the heigt of, augmented society.

Narratives are linear stories. They have a beginning middle and end and usually a coherent theme. Self narratives are the stories that we tell about ourselves. They are necessarily selective, highlihting some things while ignoring or mimizing others. Self narratives take that which is messy, fragmented and disjointed, and wraps it into a clean, cohesive, and consumable package. The self narrative has very real consequences. We not only make sense of ourselves through these narratives but are then guided in our actions by this sense making. It is through self narrative that we learn who we are make decisions about what we should do.

Facebook is an important tool in the construction of self narratives in an augmented society. Our profiles act as tangible reflections of where we have been, what we have done, who we are, what we are therefore likely to do. These narratives are co-constructed and, as pointed out in a previous post by Nathan and I, prosusumed. This project of linearity, however, is complicated by a past that took place entirely outside of social media technologies. The self, as told through facebook, privileges the present, and only with effort, pays homage to the past.  Enter Facebook Timeline.

The pre-digital past is reconstructed in a digital format using the logic of augmented reality. Childhood pictures are tagged and commented upon. Occurances and people are granted significant roles in the narrative by listing them as “events” in a particular time period. Others are pushed to the background or cut out of the story altogether. Through links and tags multiple narratives weave together to co-constuct eachothers’ stories and digitize an analog past.

This is interesting, because I for some time I have felt that social media has given us a "radically distributed biography." The timeline tries to reintegrate that, but only insofar as it is digitally dramaturgical. An autobiography might be written with a particular narrative, but each of the components of this narrative has been chosen from a particular performative standpoint, and as suggested, in a collaborative way.

Just as social networking sites allow us to visualize the underlying networks that already have existed, they now offer us a view into the postmodern self.

I'm curious about the relationship here between narratives and performativity. I've only recently turned onto the concept of perormativity, but it seems to be somewhat antitheticl to narratives, in that one is an expression of an internal 'self', while the other is what creates the impression of that self through the performances we enact.

I often think of Facebook in this sense of performativity, where we perform our 'self' and try to shape it based on norms of the medium, social network, etc. Rather than integrating our historic narrative into Facebook, the timeline seems like a way for us to perform that history, or narrtive, in a way which furthers an augmented identity.

Hmmm, I feel as though I am confusing myself now. I am very curious to know what your thoughts are vis Performance re: narrative however! Maybe it will help elucidate my own confusion!

I think the key thing to keep in mind here is that performativity and narrative are not mutually exclusive. The narrative is not an objective depiction of the true or essential self, but a performance of this self. You are right on about the way in which Timeline facilitates a more historical narrative performance.

Re-integrating the Self Narrative » Cyborgology | The Cyber Tribe — August 23, 2012

[...] Re-integrating the Self Narrative » Cyborgology. Share this:FacebookTwitterDiaspora*EmailMoreDiggStumbleUponRedditLinkedInPrintLike this:LikeBe the [...]

[...] goes pretty much without saying that things like the Facebook timeline have a tremendous amount to do with how we construct – and display – our [...]

[...] to our experiences of the past. Jenny Davis (@Jup83) wrote last year about how Facebook Timeline extends the present into our pre-digital pasts, but by making artifacts from the past readily accessible, Facebook Timeline also brings both the [...]

[…] albums, events attended, locations visited, and connections established, maintained, and broken. It recasts our history into linear stories, solidifying that which we share into the truest version of ourselves. And of course, the new […]