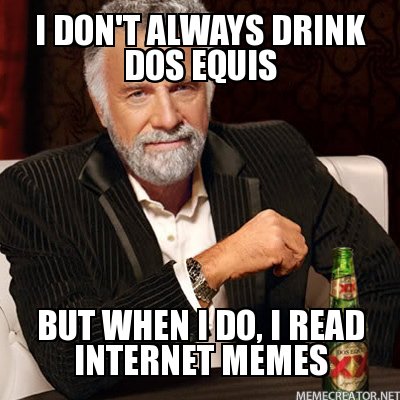 Bloggers here at Cyborgology have explored the internet meme in interesting ways. Most notably, David Banks analyzed the performative meme, arguing for its function in cultural cohesion, and P J Rey delineated the political and strategic role of internet memes in the #OWS movement. Here, I wish to take a step back, and deconstruct the very structure of the internet meme, exploring what the internet meme is and what it does. Specifically, I argue that the internet meme is the predominant (and logical) form of myth in an augmented society, and that it both reflects and shapes cultural realities.

To make this argument, I must first put forth definitions of both myth and meme.

I use myth here as it is used in semiotics (or the study of symbols) specifically drawing on Roland Barthes conceptualization. Myth, according to Barthes, is a representation of the dominant ideologies of our time. He delineates the structure of the myth as a second-order semiological system in which the sign (the totality of a concept and form) becomes the signifier (mere form). In his classic example, Barthes shows a depiction of a young Black soldier giving the French salute. This image is at once a complete sign (Black soldier gives French salute) and the form or signifier of the second-order system: the myth (France is a great empire supported by all, regardless of color or creed). Importantly, Barthes points out that the myth is decoupled from its roots. The construction of the myth is forgotten and the mythic sign is stated as fact.It is this decoupling which makes myth such a powerful transmitter of culture and ideas.

A meme, as first termed and defined by biologist Richard Dawkins in 1976, is a cultural unit that spreads from person to person through copy or imitation. Memes both reflect and shape cultural discourse, mood, and behavioral practice. The evolutionary process of memes is compared by Dawkins and others to natural selection in genes, whereby reproductive success of a given meme is linked to variation, mutation, competition, and inheritance. In other words, memes that outperform other memes and shift appropriately with cultural sentiments will thrive and persist, while memes that fail to proliferate will fall into extinction.

Internet memes refer to these cultural units (catch phrases, images, fashions, expressions etc.) that spread rapidly via internet technologies, constructing, framing, and revealing cultural realities. Lolcats, for example, a quite successful internet meme, reflects a growing affection between humans and companion animals, and has created the normative linguistic practice of asking if one “can haz” something. In a less innocuous example, the numerous  #OWS memes (described in PJ Rey’s post linked above) portray, reinforce, and  aid in the construction of what Nathan Jurgenson describes an atmosphere of augmented dissent. 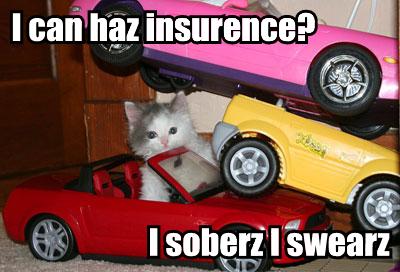 We can see clearly that the myth and the meme share a semiotic structure in which the first order sign becomes the mythic and/or memetic signifier. The Guy Fawkes mask, for example, is simultaneously the sign of an historical moment, a popular film, and the hacker group Anonymous, as well as a signifier of the contested relation between political institutions and the anonymous components that make up “the masses.” Moreover, the meme, like the myth, is divorced from its construction, stated instead as indisputable fact. Just as Barth’s saluting  Black soldier does not offer up a viewpoint for debate, the Guy Fawkes mask does not make an argument, it asserts a cultural refusal to be oppressed.

In augmented society, we interact, communicate, create, and live life in inseparable physical and digital realms. Similarly, the internet meme is often rooted in a physical occurrence, spread digitally, and (re)enacted both physically and digitally. The performative memes described by David Banks, for example, are embodied practices, photographically recorded, digitally shared, and physically imitated.

The spread of these memes is quite rapid. Less than 24 hours after police officers pepper-sprayed peaceful protesters on the UC Davis campus, images of the event—signifying both the actual occurrence and disproportionately violent actions taken by an oppressive regime—were distributed internationally through formal (e.g. news) and informal (e.g. Facebook) channels.

Moreover, memes are often user-generated, and so easily adaptable. Almost as quickly as the photographic image of the pepper-spraying police officer spread, it was modified to depict the officer spraying everything from the fathers of the constitution, to a baby seal, to Yoda. 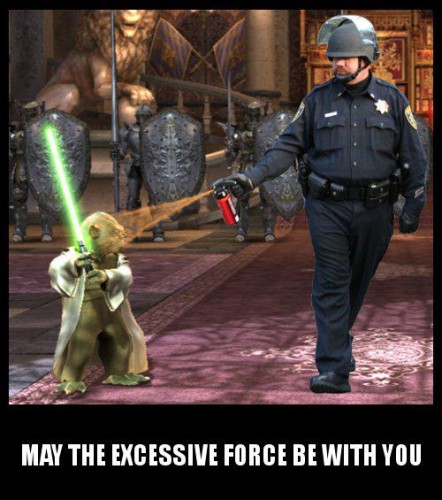 These images, texts, sayings and stories—digitally and physically rooted, widely and quickly dispersed, prosumed and adapted from the bottom up—spread and reinforce cultural sentiments and ideas. They paint the political landscape. They impact language, shape humor, and drive cultural connection and distinction. Internet memes, in short, are the myths of our time, afforded by the technologies of our time.

Totally brilliant Jenny! Love the organization of your argument, really lays it out neatly.

I've always seen religion as a classic example of mimetic structures, so I like the transition to explaining modern Internet memes as essentially mythological structure. Makes me wonder if there is some more general structural link between myths and memes. Perhaps the term itself is only a recent way of expressing the very concept of myth?

Thanks, Gene!! Great point about religion.

I think we can think of myths as a broader category and memes as a type of myth, with Internet memes as the form of myth which predominates in contemporary society.

This is such a cogent piece, really enjoyed it! Was wondering if the temporal nature of myths make memes more suitable to be looked at as forms of urban legends? Aren't myths supposed to be rooted in time, thriving and adapting to the spatial and cultural paradigms of a region and its people? But memes aren't really geographic or cultural in origin, right? They are uniquely Web-based, peculiar to a particular / dominant groups online: the privacy exponents, the cat lovers, the open data faction, etc. Of course, these ideologies have their roots offline as well, but you don't see myths being created in response to the offline practices / habits / customs. Perhaps, instead of trying to make sense of web practices and behavior in the framework of post-structuralist theories, we need to invent new ways of 'Theorizing the Web'.

Jenny, can myths also be textual in nature? I saw that many posts online now use the # (hashtag) as a prefix - alluding to their popularity on Twitter. Its use assumes that readers would understand the significance of the word Occupy and why a # accompanies it (for e.g., the use of #Occupy in Nathan's post: http://thesocietypages.org/cyborgology/2011/10/05/social-media-and-our-atmosphere-of-augmented-dissent/). How would you make sense of this #usage using semiotics? I would argue that since the Web is a uniquely text-fed construct (including the image as text), we need to articulate theories of the hypertext to make sense of internet cultures, groups and engagement.

[...] this point I want to return to a previous post by Jenny Davis in which she posits that we can understand internet memes as the “mythology of augmented [...]

These internet memes are getting out of hand, some of these are funny of course, but the mass majority are lame and are only getting worse as it becomes easier and easier to create them.

[...] an entirely new meaning. One need not take a photo at all to participate in the political humor. As Jenny Davis has pointed out in the past, a meme acts as a both sign and the signifier. A corgi staring at a stool and the POTUS sitting [...]

[...] performed or made in the physical world. This cool page says some smart things about memes: http://thesocietypages.org/cyborgology/2011/12/06/internet-memes-the-mythology-of-augmented-society/. I especially like this part: Not only can we see that the myth and the meme share a semiotic [...]

[...] and flood our consciousness on all levels. Because of this pervasiveness, Jenny Davis calls memes “the predominant and logical form of myth in an augmented society”, as afforded by modern [...]

[...] The Society Page: Internet Memes: The Mythology of Augmented Society [...]

Great topic to add to my intro to culutural anthropology class. Thank you.

[...] decade has used photos, illustrations, video, and emoticons to express a feeling or an idea. As Jenny Davis wrote a few years back, memes are the mythology of our digitally augmented society. They don’t make arguments; they are [...]

[…] of groups, sub-groups, formal organizations, loose coalitions, and everything in between. Jenny Davis writes on internet memes as the “mythology of augmented society”, sites where meaning is produced and reproduced, where we tell stories to ourselves about ourselves, […]

User Generated Content & the Rise of Remix Culture: The Role of the Internet Memes | tramanh93 — March 16, 2015