The Future of the #Occupy Movement (in Memes) 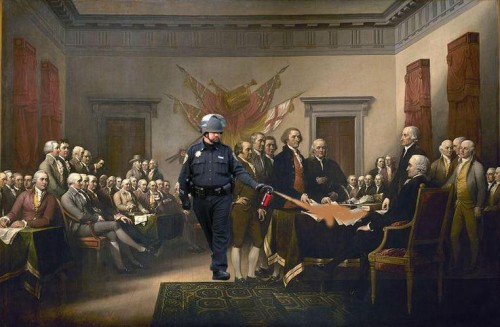 With police dismantling Zuccotti Park and other #Occupy encampments throughout the country and impending Winter weather, pundits and activist alike are asking: Does the #Occupy movement have a future? To survive, #Occupy must begin—and, in fact, has already begun—a tactical shift. However, before I attempt to discuss #Occupy’s future, let me first be clear: The #Occupy movement is already a success. Recent months have witnessed a radical shift in mainstream political discourse, where concerns over America’s widening income and wealth gaps now have near equal footing with the deficit-reduction agenda. It has become common knowledge that the top 1% receive roughly a fifth of America’s collective income and control a third of the wealth. More Americans view Occupy Wall Street favorably (35%) than Wall Street (16%), government (21%), or the Tea Party (21%); and, though the country is gripped by a state of general cynicism, more people hold unfavorable impressions of big business (71%), government (71%), and the Tea Party (50%), than of #Occupy Wall Street (40%). Put simply, #Occupy is the most popular (and least unpopular) thing we’ve got. 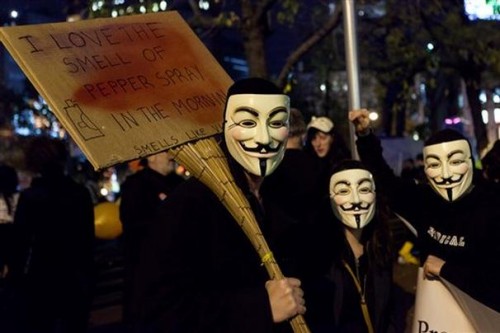 The success of the #Occupy movement has thus far been a product of both its visibility and its endurance. Occupiers have been adept at leveraging mobile computing and social media technologies (as well as tourists!) to ensure that an abundance of content circulates both virally and through traditional media outlets. Moreover, by continuing to tax local and federal resources, the physical presence of the occupiers has ensured continued media attention. Finally, the lack of leaders or spokespeople has meant that the mainstream media has been unable to reduce the movement to a simplistic and easily dismissible narrative.

Can it survive? Arguably, the recent spate of raids is the best thing that could have happened to the #Occupy movement for two reasons: 1.) The brutal manner in which raids were carried out attracted media coverage and garnered widespread sympathy; these images were particularly striking, given that the Arab Spring is still fresh on the minds of many Americans. 2.) It gave occupiers a graceful exit strategy—they are able to leave the encampments, not as deserters, but as heroic victims of state repression. The raids provided the movement one last moment of explosive confirmation, rather than allowing the occupiers to lose a long the war of attrition against winter cold. 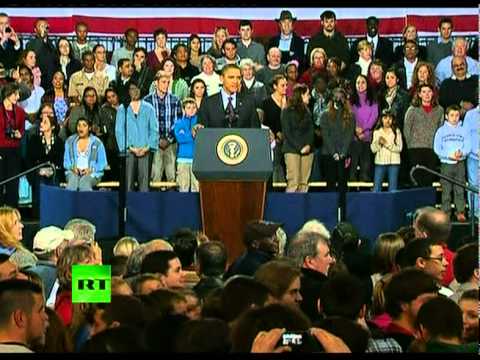 However, it is clear that the environment will only grow increasingly hostile to the occupation of physical space. Thus, if the movement is to survive, it must transform, while continuing to capitalize on what has thus made it successful. By combining tech savvy with now widely-recognizable memes such as “occupy [fill-in the-blank],” “we are the 99%,” and “we are unstoppable, another world is possible,” #OWS has built what is, essentially, a new brand of political activism. Except, in the age of social media, brands are no longer a thing that is created by the few at the top and consumed by the many on the bottom, brands—or, more broadly speaking, memes—are circulated and recirculated, simultaneously being produced and consumed by participants. These little cultural nuggets are, at once, decentralized and universally recognizable. Regardless of origin, memes take on a life of their own, being reinvented with each repetition. Sarah Wanenchak provided and excellent example of this process unfolding with respect to the “evolving human microphone.” What was originally invented as an analog amplifier for use where electronic amplification was prohibited is now an instrument for disrupting and appropriating events serving the interests of the 1%. Similarly, the “casually pepper spraying cop” meme has used humor to draw attention to the excessive use of force by police against protestors. It was only a matter of time before this cultural neologism—the Internet meme—was brought to bear on politics. That is to say, activism in the 21st Century can learn as much from the Rickroll as it can Civil Rights Movement.

In re-reading this, I realize that I neglected to include an important point. Simply creating and circulating memes would likely be impotent. Rather, various #Occupy groups around the country also need to regularly engage in the kinds of targeted offline actions that produce and reproduce these memes.

All of the examples mentioned above are effective because they move fluidly between the online and offline. Various actions or events occur, they are heavily documented, those documents are circulated and remixed as memes, these memes inspire new actions offline, and the cycle is repeated. This pattern is an example of what Nathan Jurgenson has aptly called "augmented dissent."

[...] PJ also thinks about what is in store for the #occupy movement as winter bears down and concludes it... [...]

The aesthetics of protest: how Occupy sees itself « typologica — December 5, 2011

[...] Future of the Occupy Movement (in memes) at Cyborgology Occupy Wall Street group looks to open arts space by Helen Stoilas at The Art [...]

[...] and P.J. Rey have been visiting physical Occupy encampments and writing about the low-tech and high-tech aspects of the [...]

I completely agree PJ. I think the occupy movement has already succeeded in shifting the public imaginary and altering the concept of modern activism. I think it is beyond a doubt that much of this power comes from their intrinsically augmented nature, and the ease with which they create public information. I mean, the live streamers popularized by the movement are easily the closest thing to Stephenson's gargoyles to date.

I think it's interesting though to retain sight of the Occupy movements second function, which has been as an example of modern democratic theory coming from the decades long history of resistance organization from the margins of society. The movement has serves a dual function of dissent and what has to essentially be characterized as alternative nation-building.

While I think you nailed it with your view of Occupy's best means of surviving as a protest movement, I also wonder about how the move away from physical space affects their democratic institutions and ideals. Perhaps these two parts will simply increasingly decouple, and form a more fluid relationship of allies, rather than a single organizational structure. It is going to be very interesting to see how the general assemblies continue and survive.

[...] the performative meme, arguing for its function in cultural cohesion, and PJ Rey delineated the political and strategic role of Internet memes in the #OWS movement. Here, I wish to take a step back, and deconstruct the very structure of the Internet meme, [...]

[...] They being people together around common experiences and political claims, they facilitate the creation and diffusion of protest materials and repertoires of contention, they enable the extremely rapid spread of information across [...]

The aesthetics of protest: how Occupy sees itself (chapter one) | TYPOLOGY — November 14, 2012

[...] Future of the Occupy Movement (in memes) at Cyborgology Occupy Wall Street group looks to open arts space by Helen Stoilas at The Art Newspaper “Occupy [...]

TYPOLOGY | The aesthetics of protest: how Occupy sees itself (chapter one) — February 21, 2013

[...] The Future of the Occupy Movement (in memes) at Cyborgology — Occupy Wall Street group looks to open arts space by Helen Stoilas at The Art Newspaper — [...]