The (Manic Pixie) Dreamgirl to “Ease the Revolutionary Mind”

A couple weeks back I posted about Steven Greenstreet’s video titled “The Hot Chicks of Occupy Wall St,” linking it to an emerging media trope called the “Manic Pixie Dreamgirl.” The phrase, coined by Nathan Rabin in his review of the 2005 film Elizabethtown, has quickly become a powerful reminder of the androcentric manner in which female characters are so often constructed in media texts.

I also connected the media trope to an emerging cultural stereotype about progressive young women. I argued that the manic pixie dreamgirl trope is largely a stereotype about young, progressive, non-conformist women who speak out of turn, defy normative conventions in self-presentation and behavior, and largely serve as “inspiration” for (white) male leads to step forward and grab life by the horns, assuming their rightful place as heirs to power.

This morning, fellow cyborg Nathan Jurgenson sent me another example of this media trope in action, this time through the vein of music. This song by Tom Morello, originally a Woody Guthrie song, is titled “Ease My Revolutionary Mind” and places the image of the progressive dreamgirl center stage as an inspiration, a muse, a sidekick, and an accessory. Not only does it connect progressive women to the #Occupy movement, it likewise fetishizes women as accessories or worse, bedside assistants needed to nurse us men back to health. Not to mention the heteronormative assumptions contained therein. Is there something wrong with this picture? You decide for yourself: 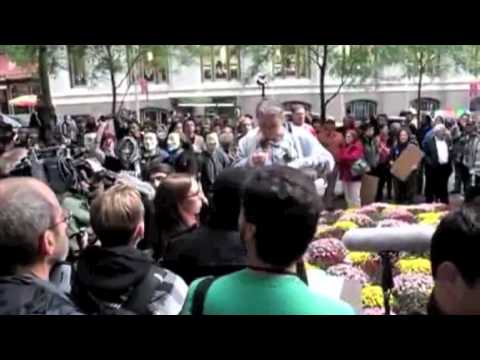 I think this video is a powerful example of how stereotypes, as a form of cultural knowledge, are transmitted through media texts. But what we are seeing is a bypassing of the traditional avenues for cultural production. That is, viral videos (like Greenstreet’s video and Morello’s song) and the collective products that emerge out of Web 2.0 technologies provide fertile ground for new forms of cultural production, including the production of stereotypes and tropes. The romanticization of the manic pixie dreamgirl reveals the downside of such “grassroots” forms of knowledge production.

Whereas a mere couple decades ago, one could simply point a finger at the mass media and their powerful cultural producers as the source of most offensive stereotypes about minority groups, Web 2.0 technology and the #Occupy movement shows us how stereotypes can be perpetuated, embellished, nay, even constructed at the grassroots level, by men (and women) operating out of assumptions, filtering information, and presenting them in such a way as to bolster these claims.

(Many thanks to Jason Sternberg of Kansas University for the bringing this video to our attention!)