There are currently several debates going around the web about Steven Greenstreet’s “Hot Chicks of Occupy Wall Street” video and tumblr, his rape jokes posted on Facebook, and the rights of women (and men) to claim offense at such behavior. Now I want to contribute something more to the debate than simply rehashing on our rights to privacy in the public realm (both in the digital public space-in the case of Greenstreet’s Facebook comments and in the material public space-in terms of privacy while marching in the streets of #Occupy). I want to talk about the manic pixie dreamgirl. 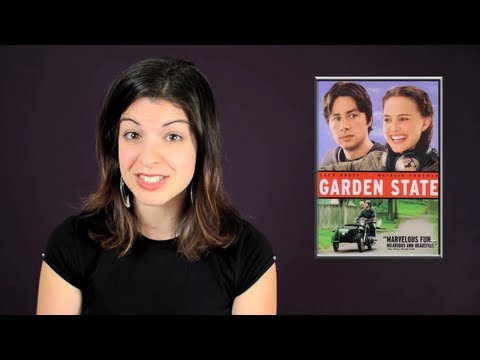 In short, Greenstreet’s video and his preoccupation with the “sexy side” of protesting plays into an emerging cultural trope, that of the manic pixie dreamgirl. Simply observe how the quirky, young, idealistic, non-conformist woman  is fetishized in contemporary film and media. Without getting into the political leanings of the most stereotypical manic pixie dreamgirls, I think it’s pretty safe that Hollywood fetishizes the progressive, non-conformist type; the type of woman that has visible tattoos and body piercings, yet exudes a childlike glee and excitement about life. Why? Because such women serve as muses for young men, men in power, or soon-to-be heirs of privilege. They are accessible as cultural objects, things to be gazed at and amazed by. They may even be listened to, but only when seeking emotional support, inspiration, or hope. In short, these women remain in subordinate and auxiliary roles. I believe Greenstreet’s video plays into these cultural trends in a potentially egregious way.

But do such stereotypes preclude the fair and equal use of the public space for civic expression? Maybe not, but there have been reports of women being gropped at #Occupy, and this should be cause enough for concern. In a culture that fetishizes young women as accessories, muses, or worse, as sexually available at all times and spaces (especially in public spaces), these sorts of behaviors are not acceptable. They play into an overarching rape culture that encourages predatory behavior amongst young men. I am not saying that Greenstreet’s video causes men to grope women, nor am I claiming that such women cannot defend themselves. All I am saying is that such behavior contributes to a climate that is largely inhospitable to women. Who says women at #Occupy want to be hit on? Who says these women want your voyeurism? I know that a lot of women are appreciative of the video. But lets be honest here. Is Greenstreet simply glorifying an emerging stereotype about a certain type of young women? Does the r0mantiziation of the manic pixie dreamgirl deflate the radical politics that these occupiers propose?

Big questions. I know. But what do you think?

A friend of mine had posted the "Hot chicks of occupy wall street" on his Twitter with a humorous comment, "so much tribal jewelry..."
I had attempted to watch the video and could not make it past a quarter of the way through.

While I appreciate female beauty and truly think the feminine form is more attractive than the male form (that is a personal opinion only), I had to wonder when I saw that video: are there "hot" men at OWS that are not being featured in a video? Why not?

Having a video profiling "hot chicks" at OWS may have been only done as an "appreciative" gesture recognizing the beauty of females.

I could not help but be a bit alarmed by it.

The fact that it needed to be pointed out that there are attractive women who would take part in action at OWS seems to highlight the fact that it is somehow surprising or unexpected that women are well-read, critical, political AND beautiful.

Of course women are all these things. It should not be a surprise and these women are not the anomaly.

This is how we are as women. We are complete. It should not have to be pointed out.
The fact that it is singled out as if it were uncommon means that there still exists a certain perception of women (and I think it extends to men as well) that one is either physically attractive or well informed and literate (but perhaps not 'good looking').

We need to be critical of the assumptions we make about each other and start appreciating that every one of us is as complex as the next person. There are no clear definitions and we need to stop trying to define and draw boundaries around each other.

Physical beauty and mental abilities are not mutually exclusive in women or in men. This should not be surprising and it is not exceptional should a person be both physically attractive in addition to being literate, well informed, analytical and political.

That being said, the unequal valuation of mental prowess over physical beauty is a judgment system that needs to be examined in itself.

Why do we think that valuing physical beauty is shallow while valuing the literacy, analytical ability and intelligence of another person is somehow less superficial?

In both cases, we pick and choose what we are looking at. They are both ways of objectifying each other. I think the hierarchy of appreciating the physical versus mental attributes of individuals needs to be examined and reevaluated so that we recognize this bias exists.

Your comments are spot on. The video was infuriatingly puerile. Thank you for using relevant terminology (MPDG).
I am posting Steve Greenstreet’s "rape joke" from his Facebook page. I think it is important enough to highlight.

"On that page, Steven linked to his "Hot Chicks of Occupy Wall Street" video, and added, "The way me and [a colleague] contribute to the movement.” A friend of his comments, “Way to legitimize the movement, Steve.” Steven replies, “An erection legitimizes anything.” His friend replies, “Even rape?” Steven Greenstreet says, “It probably wouldn’t be rape without one.”]"

[...] couple weeks back I posted about Steven Greenstreet’s video titled “The Hot Chicks of Occupy Wall St,” linking it to an emerging media trope called [...]