Catholic hospitals are a large and growing part of the U.S. health care system. Considerable public funding flows to these institutions, but they deny many reproductive health services and some kinds of end of life care to their patients. Catholic rules limit care in far-reaching ways, well beyond what many patients and health care providers understand or expect. These realities raise important issues about the future of religious restrictions in U.S. health care.

Restricted Care in a Growing Sector

Like other hospitals, Catholic institutions receive considerable public funding, yet they limit patient care to fit the Ethical and Religious Directives for Catholic Health Care Services written by the U.S. Conference of Catholic Bishops. As a condition of employment or medical privileges, doctors, nurses, and other clinical personnel are required to follow these directives when caring for patients in Catholic facilities.Legal rights mean little without practical access to reproductive health services.

In many specific ways, Catholic directives prohibit reproductive and other health services: 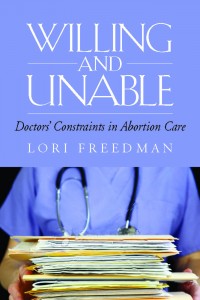 Physicians working in U.S. Catholic hospitals have described facing harrowing situations – such as being unable to treat pregnant women with life-threatening complications and being forbidden to provide treatments that are safe, effective, and widely used in secular hospitals. Catholic hospital authorities may tie doctors’ hands and prevent them from helping patients in front of them. In fact, the majority of obstetrician-gynecologists working in Catholic hospitals have had at least one conflict with their hospital over its religious restrictions on patient care.

Most health care consumers, however, do not know that their providers may face restrictions and their doctors may not be able to offer the full array of safe and effective treatments. Even women who are not Catholic, or who have no choice among hospitals near their homes, may not understand that they cannot expect to receive contraception, sterilization, or abortion services in the same way at all hospitals, whether secular or Catholic.

Should Religious Institutions be Able to Limit Individual Health Care?

Now that the Supreme Court has refused to rule on whether religious hospitals, schools, and other nonprofit organizations are required to adhere to the Affordable Care Act’s requirements that all employees should have insurance coverage for contraception, the balance between institutional religion and individual choice remains unclear in the U.S. health care system. With the spread of Catholic hospitals, limits are becoming more serious for patients and providers.

The health benefits of reproductive care are well established, and Americans’ right to make personal reproductive decisions has been legally affirmed. But legal rights mean little without practical access, and it remains to be seen if all Americans will retain the true access to a full array of legal medical procedures, or if access will be placed in the hands of the Catholic bishops and the institutions they control.

Debra Stulberg is at the University of Chicago and Lori Freedman is at the University of California, San Francisco. Stulberg is in the department of family medicine, is the Director of the Reproductive Health Outcomes and Disparities Research Group at the U of C, and is the Co-Director (with Freedman) of the Research Consortium on Religious Healthcare Institutions. Freedman is the author of Willing and Unable: Doctors’ Constraints in Abortion Care.