How To Break America’s Logjam on Guns and Gun Violence

Americans are engaged in a great gun war, one that has raged for at least four decades. The war has intensified to the point where citizens cannot agree on the most basic facts. How many guns do Americans own? Does carrying firearms do more harm than good? Do firearm regulations work?

U.S. gun laws have been weakened in recent decades. Thirty years ago, most states banned private citizens from carrying concealed firearms or restricted the privilege of carrying firearms to people who could persuade a legal authority of their trustworthiness and need for a gun. But now the regulatory landscape is sharply different. 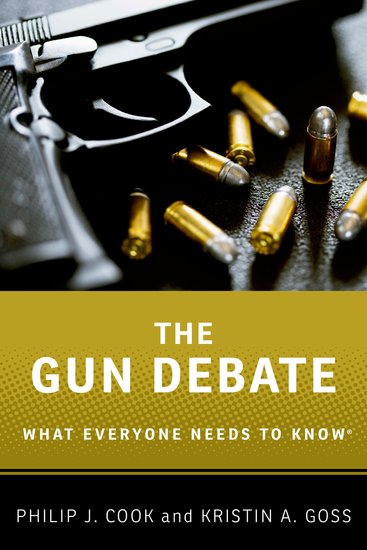 The deregulation of guns has been supported by widely touted – but suspect – research findings purporting to show that additional guns in citizens’ hands help to reduce overall gun violence. Carrying a gun is not only prudent, in this view, but also a public service. Acting on this philosophy, half of the states have adopted “stand your ground” laws that legitimize and offer legal protection for citizens who shoot someone they perceive as threatening. The spread of such laws is remarkably at odds with lessons from the past. Even “wild West” frontier towns like Dodge City banned firearms to prevent altercations from escalating into murder.

Of course, not everyone believes that more guns in more places will ensure greater safety. Most Americans favor specific proposals to keep guns away from potentially dangerous people. In poll after poll, strong majorities of all political stripes – including gun owners – support background checks for all firearm purchases. And efforts to allow guns in sensitive locations like schools and courthouses have met with resistance. States that are home to one-quarter of the U.S. population have enacted regulations that are stricter than federal requirements regarding the design of guns, as well as going beyond federal laws on gun transactions, possession, and use.

Can compromises be devised in such a polarized political environment? We see several promising approaches well suited to balancing different interests while advancing shared goals.

Toward a Society Where Guns are Respected

Philip J. Cook and Kristin Goss are the coauthors of The Gun Debate: What Everyone Needs to Know (Oxford University Press, 2014). Cook is a sociologist and criminologist at Duke University and has served as an advisor to the U.S. Departments of Justice and the Treasury. Goss, also at Duke, is a professor of public policy and political science, focusing on the role of social movements and interest groups in representing less-advantaged groups in important policy debates.