What Happens if the Supreme Court Weakens Voting Rights?

The Voting Rights Act of 1965 is a milestone in the long fight to ensure all Americans access to the ballot box. For nearly two centuries before President Lyndon Johnson signed this legislation, most African Americans were disenfranchised by law, force, or trickery. Starting in 1965, the U.S. Justice Department gained special authority to enforce minority voting rights, including the use of a Section 5 provision to review, in advance, any changes in election rules in states or districts with a proven history of discrimination. Where poll taxes, literacy tests and sheer terror once kept them from the polls, African Americans gained unprecedented citizen clout. Black interests and candidates gained new representation, and decades later high African American turnout helped elect and re-elect Barack Obama as the first black president of the United States.

Why the Voting Rights Act May be Weakened

Voting Rights protections have been regularly renewed by Congress, most recently in 2006. But conservative activists, long opposed to affirmative action and voting protections for minorities, now argue that blatant disenfranchisement is a thing of the past. Last fall, a pivotal challenge to the Voting Rights renewal was argued before the Supreme Court, which will soon render its ruling. The key enforcement provisions of the Voting Rights Act – particularly Section 5 pre-clearance of any election rule changes in places with histories of discrimination – may well be in trouble with the conservative-leaning majority of Justices. “We are now a very different nation,” Chief Justice John Roberts has observed. “Things have changed in the South.”

But have they? Among those challenging Voting Rights enforcement are representatives of Shelby County, Alabama. In 2008, the Shelby County city of Calera eliminated a black majority district by adding white subdivisions, pushing out the only black councilman. This maneuver would have remained on the books had not the Justice Department stepped in under Section 5. Calera was required to revise its district boundaries to include the black voters. After that, the black councilman was easily reelected. If, as many voting rights advocates fear, the Supreme Court strikes down Section 5, cities like Calera would be free to engage in the sorts of flagrant gerrymandering with discriminatory effects that the Voting Rights Act was designed to prevent.

One day after oral arguments concluded in this year’s voting rights case, thousands gathered in Selma, Alabama for the annual remembrance of the event that originally sparked the passage of the 1965 Voting Rights Act. On March 7 of that year, a day later remembered as “Bloody Sunday,” sixties civil rights activists demonstrating for voting rights were savagely attacked as they tried to cross the Edmund Pettus Bridge by Alabama state troopers and vigilantes commanded by the segregationist sheriff of Selma, Jim Clark. When someone called for an ambulance to help the injured, Sheriff Clark declared, “Let the buzzards eat them.” That night, ABC News interrupted its Sunday Night Movie to inform the nation in shocking raw footage.

An estimated 48 million viewers across the United States were stunned by the sight of peaceful demonstrators being beaten and tear-gassed, and so were people who subsequently saw the pictures. Shame and an overwhelming desire to do something swept the country. Thousands poured into Selma, and many demonstrated in their own communities, from Maine to Hawaii.

Washington was besieged by demonstrators calling for Voting Rights legislation. President Johnson had previously hesitated to support this step because he had signed the Civil Rights Act of 1964 the previous July, and believed that Congress was not yet ready to pass another law so soon. But Bloody Sunday changed everything. Later, Johnson would call it “a turning point in man’s unending search for freedom.” In response to it, he submitted the tough voting rights bill that Congress enacted on August 6, 1965 and subsequently renewed four times under Republican Presidents Nixon, Ford, Reagan and George W. Bush.

Bloody Sunday is only one of many examples of times when the enemies of civil rights unintentionally furthered the cause. When Bull Connor’s police dogs attacked demonstrators in Birmingham in 1963, public reactions helped spur the Civil Rights Act of 1964. “The civil rights movement should thank God for Bull Connor,” President Kennedy remarked at the time. “He helped it as much as Abraham Lincoln.”

Now, once again, opposition to minority rights is arousing mobilization to re-assert those rights. For instance, attempts to make it difficult for minorities to vote in 2012 aroused minorities about to be victimized to fight back with lawsuits that successfully challenged cumbersome voter identification rules and overturned changes in early voting and procedures for registering new voters. Far from being deterred, minority voters turned out at record rates in 2012, contributing to Barack Obama’s impressive victory.

Voting Protections Could be Extended to the Entire Country 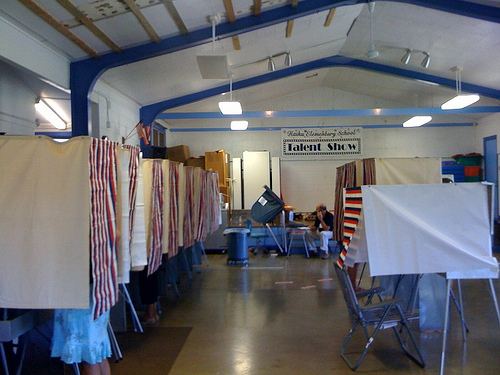 History suggests, in short, that any move by a bare conservative majority on the Supreme Court to emasculate special Section 5 Voting Rights enforcement in states with histories of discrimination may very well prompt counter-mobilizations. This time, perhaps, advocates will push Congress to extend voting rights protections across all U.S. states and districts.

Would a Republican Congress oppose such legislation? Or would some Republicans, at least, want to seize a new opportunity to demonstrate to growing minority populations that their party, too, seeks a just electoral system? Whatever the short-term outcomes, America’s voting wars are far from over. Every day brings a new scheme to restrict and limit minority electoral clout. But even when such efforts appear to work, they can backfire – by renewing the energy and determination of all who fight for equal and full voting rights in the United States. That is a lesson that opponents of the Voting Rights Act would do well to remember.

Gary May is in the department of history at the University of Delaware. He is the author of the book Bending Toward Justice: The Voting Rights Act and the Transformation of American Democracy.