One Year Later: A Wrinkle in Time and Space 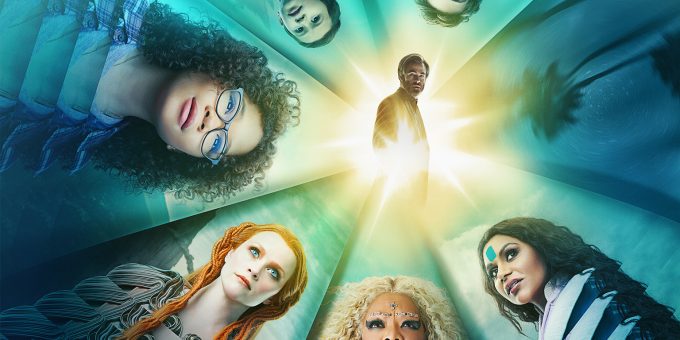 Friday, August 28, 2020 was a day filled with detours from my planned activities. It started with a rabbit hole trip through old Facebook posts, email, and journal entries in order to construct a timeline of when I started COVID-19 pandemic sheltering in place. This journey was inspired by the closing paragraph in the article “A Wrinkle in Time” on the Inside Higher Ed website:

We are coming up on six months since the familiar broke. Marking the anniversary of a change sometimes helps to put it in perspective. In this case no commonly accepted date is available to punctuate time into before and after. (March 10 seems a little early, while March 15 is probably too late.) The turn was sudden, sharp, yet a blur. We make adjustments that seem to nudge things a little closer to normal, but with an uneasy awareness that there is so much more loss still to come.

I discovered that my last day riding a commuter rail train from Oakland, CA to San José, CA was Monday, March 16, but then I drove to campus the next two days. My first day working from home was on Thursday, March 18, so I’ll use that as the start of my pandemic life.

Inside Higher Ed was also the source of the next detour, after reading its article about #ScholarStrike. For the two days after Labor Day faculty around the country are planning virtual, public teach-ins on racial inequality. My San José State University College of Social Sciences has announced programming to oppose racism and promote an inclusive working and learning environment. I contacted the conveners of the series to see if we could launch the initiative during the #ScholarStrike.

A third detour was to engage former colleagues at the University of Wisconsin-Parkside in Kenosha about the shooting of Jacob Blake and subsequent protests and violence. I was Dean of the College of Social Sciences and Professional Studies from 2013 to 2015, just before joining San José State University. I wrote to one former colleague to agree with one of his Facebook posts:

Why are people protesting against systemic racism? Kenosha examples: a) Jacob Blake gets shot walking away from multiple police officers (wish more info was provided to the public by now) b) Kyle Rittenhouse, on video, is seen killing two people and walks past the police after the shooting (even when protestors tell the police he is the shooter). He is arrested a day later in IL. Adding to the people’s ire: Police forces before the shooting are seen on video thanking the armed militia and providing them water (the shooter is seen getting water).

Thought experiment: if there was a shooting incident, would an African American man with an assault rifle be allowed to walk past the police and go home? My opinion is not a chance.

I also wrote to a second former colleague to continue a Facebook Messenger conversation we’d started the day before, when I used that private medium to respond to a public Facebook post about why politically left-leaning people accuse right-leaning people of being cult members. In our Thursday, August 27, 2020 exchanges we both lamented the fact that Americans don’t have a common source of trusted information. My colleague argued that President Trump has to use Twitter because of greatly distorted information by the political left-controlled national media, whereas I believe that the national media are an accurate and vital source of information about Trump’s policies and actions. I noted that it seems like progressives and conservatives exist in two very different worlds, one where progressives are taught to see the sky as cyan, and conservatives see the sky as magenta, when in reality our blue sky is a mixture of the two colors.

OK, that analogy is not entirely unproblematic – “The sky is magenta during a spectacular sunset!” – but my main point is solid, I think: the same object or event can be viewed very differently by people with different identities. Some see absolutely no reason for Jacob Blake to be shot seven times in the back – “Why not tackle or tase him?” – whereas others argue that the officers had legitimate fear for their lives when Blake reached into his car.

My colleague who supports Donald Trump asked me why I support Joe Biden for president. A sub-question was “as an African-American man, what has he done for you in his 47 years as a politician?” My general answer was that while Biden was not in my top five choices for president, any Democratic nominee would be better than the current occupant of the White House, who has changed the presidency in ways that make many people uneasy. The colleague and I probably won’t agree on that point, in part due to our different interpretations of media portrayals of Trump.

A second answer may help those on opposing sides of socio-political perspectives better understand their different motivations. The question of what has Biden done for me as a Black man is not relevant, as I don’t expect governance to hinge on the thoughts of one person. Biden consults extensively with advisors and subject area experts to craft policies, and uses empirical data to make adjustments; Trump distrusts anyone but a very small circle of advisors who are intensely loyal and don’t question the instincts and emotions that seem to rule his behavior. What happens when an advisor gets out of line? “You’re fired!” I told my colleague that I would not use the label “cult” to describe Trump’s supporters, but I understand why it would stick in the mind of some, as they see Trump as a leader his supporters will follow despite outrageous action after outrageous action.

So what does all this have to do with a coda to the Wonderful/Wretched Memories of Racial Dynamics in the Twin Cities, Minnesota special feature? As I tried to find my work location inflection point in the wrinkle in time that is the COVID-19 pandemic, I also found myself in a wrinkle in space: I wished that I were still in Minneapolis and having conversations with friends about the state of society. For example, I wish that we could attend Minneapolis’ Loft Literary Center fall 2020 “Choice and Chance” classes and events in person. The series’ description is provocative: “Many of us have been raised with the idea of pulling yourself up by your bootstraps. This story reinforces the idea that your fate is not in our stars but in ourselves. Hard work and good choices lead to good fortune, right? But what if that’s not true? What, in the end, do we really control, and what is a result of chance? Together we will explore stories of luck, both bad and good, and think about how we make decisions, both big and small.” The events surrounding George Floyd’s murder in Minneapolis and Jacob Blake’s shooting in Kenosha are the result of much more than only individual choices; events such as the “Choice and Change” series help us explore the larger systemic issues that constrain some individual actions, and enable others. And, of course, our individual actions impact larger structural forces. The Loft’s spring 2021 theme should be “the sociological imagination”!

My Friday, August 28, 2020 wrapped up by getting dinner at a favorite Oakland burger restaurant. I checked in on Facebook: 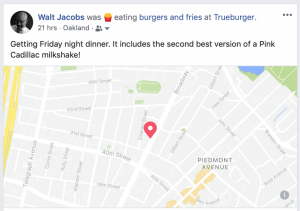 My favorite milkshakes come from Annie’s Parlour in Minneapolis’s Dinkytown neighborhood. [A “Pink Cadillac” is a vanilla milkshake with malt, strawberries, and Oreo cookies. If you order with that name a veteran server will immediately know what you are talking about; a newbie may have to go consult a manager.] Of course, the taste is the main reason why I love these milkshakes, but nostalgia also plays a strong role: I had many great conversations over the years there with students. Many of our conversations addressed issues of race and efforts to create more just social worlds. One former student penned an essay that included a memory of our discussions. I wish that I could walk over to Annie’s Parlour with her and other former students to continue our deliberations.

I closed the last essay in the Wonderful/Wretched Memories of Racial Dynamics in the Twin Cities, Minnesota by wondering if May 25, 2020 would be a turning point in efforts to improve the lives of people of color in the United States. One way or the other, November 3, 2020 will be another milestone, as the next President of the United States of America will lead a divided nation where half of the country wants to go in one direction, while the other half wants to embark on a radically different path. No matter what road we take, in 2021 I hope that Americans can find ways to more productively engage each other. Our survival as a democracy might depend on it.

Walt Jacobs is a sociologist and the Dean of the College of Social Sciences at San José State University. He is editor, along with Wendy Wendy Thompson Taiwo and Amy August, of Sparked: George Floyd, Racism, and the Progressive Illusion. He is also the author of the ethnography Speaking the Lower Frequencies: Students and Media Literacy, and is co-editor (with Jeffrey Di Leo) of If Classrooms Matter: Progressive Visions of Educational Environments. Jacobs serves on the Board of Directors for the Council of Colleges of Arts and Sciences (CCAS), a professional organization for university deans. He is also on the Board of Directors for StoryCenter, the world-renowned nonprofit organization that uses innovative story development practices and participatory media methods to support people in sharing personal narratives rooted in their own life experiences. For several years Jacobs maintained the Society Pages’ blog, Dispatches from a Dean.

Walt Jacobs is a sociologist and the Dean of the College of Social Sciences at San José State University. He is editor, along with Wendy Wendy Thompson Taiwo and Amy August, of Sparked: George Floyd, Racism, and the Progressive Illusion. He is also the author of the ethnography Speaking the Lower Frequencies: Students and Media Literacy, and is co-editor (with Jeffrey Di Leo) of If Classrooms Matter: Progressive Visions of Educational Environments. Jacobs serves on the Board of Directors for the Council of Colleges of Arts and Sciences (CCAS), a professional organization for university deans. He is also on the Board of Directors for StoryCenter, the world-renowned nonprofit organization that uses innovative story development practices and participatory media methods to support people in sharing personal narratives rooted in their own life experiences. For several years Jacobs maintained the Society Pages’ blog, Dispatches from a Dean.