Yik Yak & Using Your Students’ Words to Teach Them 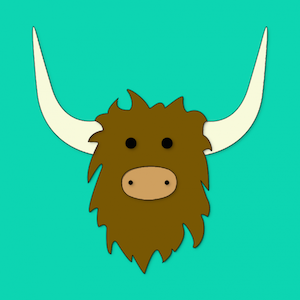 Wouldn’t it be awesome if you could see what your students are saying about the community you live in? Well good news friends, there’s an app for that.

Meet Yik Yak. It’s a sort of anonymous twitter. You can post messages anonymously and then people can vote them up or down. But what really makes Yik Yak interesting is that you can only read the messages that were published by someone else near your current location. So for instance, if you open Yik Yak in the student union you’ll see different messages than if you open it at the library.

It might be easier to think of Yik Yak like a virtual bathroom wall were people scribble messages anonymously. And just like a bathroom wall it’s full of horrible, vile, and down right mean messages sent by people too cowardly to say them publicly. The app has received a lot of criticism because it’s been used by school children and college students alike to bully, harass, and shame students and teachers.

All that said, I think Yik Yak could be used as a pedagogical tool… if you’re courageous. Often I find myself trying to convince my students that racism, sexism, homophobia, etc. are problems on our campus and in our town[2]. Now instead of telling them that intolerance is a problem, I can show them it is. I plan to show them the words of their peers and the community they live in when I talk about racism, sexism, and homophobia. I’ll show them that some of the most oppressive messages receive the most up votes. Yik Yak will serve as an ice breaker and, I hope, neutralize the “we don’t have that problem around here” argument.

As soon as my students know that I am on Yik Yak I open the door for them to say the most hurtful things they can anonymously. I trust my students. I sincerely like and respect them as well. I think at this point in the semester we’ve established a strong enough report to do this. But that said, I don’t plan to load Yik Yak after class. I’ll give it a few days for any “Prof. Palmer Sucks!!!” messages to fade into the background. If you think your students have animosity toward you or are bigoted toward you because you are from a non-dominant group, you should really consider not using Yik Yak.

Of course Yik Yak messages are an unrepresentative sample. Oh, looky there, another concept that Yik Yak can teach your students.