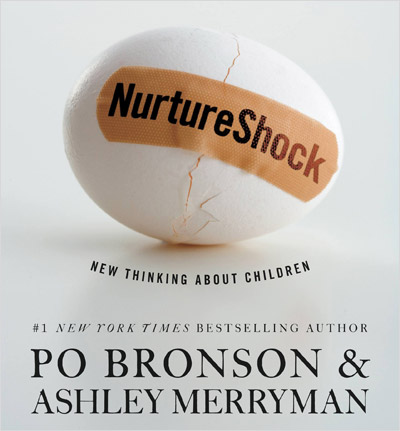 How do White parents and Parents of Color teach their children about race? This is the primary question I ask my students for one week during my Race & Nationality courses. To help answer this I have the students read a chapter called “Why White Parents Don’t Talk About Race” out of the “pop sociology”* book NurtureShock by Po Bronson and Ashley Merryman.

According to Bronson and Merryman’s Nurtureshock White parents don’t talk to their children about racism, but rather believe that children are naturally colorblind. Many of the studies done on how White parents talk to their children have found that White parents believe that talking to their kids about racism would actually make them racist. After reading all of the studies in the chapter that showed that White children, like all children, were able to identify physical differences in others and they believed that those who looked most like them were inherently better than those who did not. This is a great opportunity to talk about essentialism and ask if some adults still believe in essentialism. Some of my students took this to mean that racism is natural and subsequently okay. However, I try to draw a parallel between how children naturally do not want to share, but rather they have to be taught to share. We talk about how being selfish is shortsighted and anti-social, just like being a essentialist, and that parents who want their children to be good citizens teach their children to abandon these ideologies.

Bronson and Merryman go on to discuss how parents of color talk openly about race with their children as a means to prepare them for racism, prejudice, and discrimination that they will face. They provide research that shows teaching children of color cultural pride increases many pyscho-social variables (e.g. self-esteem, self-efficacy). This research is more than timely considering Arizona’s ban on ethnic studies programs. They also provide data to show that most White children inherently know that the White race has more social power than people of color, so teaching white pride to children is “abhorrent” and “redundant”.

Another aspect of race socialization challenged in Nutureshock is what Bronson and Merryman call this the diverse environment theory. This is the idea that if we put children of a races and ethnicities in a environment they will automatically internalize that all people are equal. Bronson and Merryman provide a number of recent studies that show that in many cases as the diversity of a school increases so to does the likelihood that a student “will stick with their own.” The authors present this not to discourage or discredit integration, but to make the point that simply putting students of various cultures in a room does not give them the skills to overcome essentialism and be accepting and understanding. Bronson and Merryman argue for frank and open education that acknowledges the uniqueness of each student and promotes social integration

My students loved this reading. The found it interesting, challenging, and they found the writting approachable. Where many texts leave intro students behind by using jargon or technical language, this text goes to extreme lengths to explain the complex simply.

*I use the term “pop sociology” here not to discredit the Bronson and Merryman’s work, but rather to acknowledge that this book is a collection of peer reviewed studies. Many of the overarching conclusions the book makes are made taking the findings from one sample and drawing a causal connection to a study done on another sample. This isn’t a best practice in social research and the findings should be considered within this context. However, the three main ideas I discuss here all came from individual studies, so they do not suffer from this methodological weakness. Alright, enough disclaimer 🙂