Worrisome new data on the dynamics of fake news

“Fake news” has emerged as a substantial problem for democracy. The circulation of false narratives, lies, and conspiracy theories on self-described “alternative news” sites undercuts the knowledge voters rely on to make political decisions. Sometimes the spread of this misinformation is deliberate, spread by hate groups, foreign governments, or individuals bent on harming the US.

A new study offers information as to the content, connectedness, and use of these websites. Information scholar Kate Starbird performed a network analysis of twitter users responding to mass shootings. These users denied the mainstream narrative about the shooting (arguing, for example, that the real story was being hidden from the public or that the shooting never happened at all). Since most of the fake news sites cross-promote conspiracy theories across the board, focusing on this one type of story was sufficient for mapping the networks. Here is some of what she found: 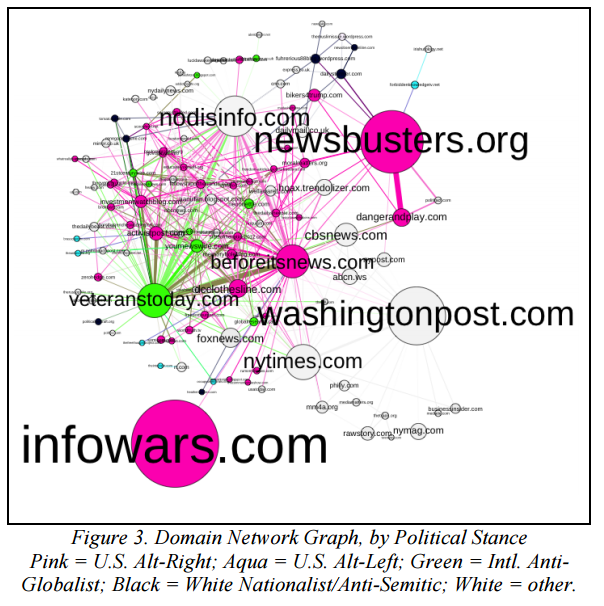 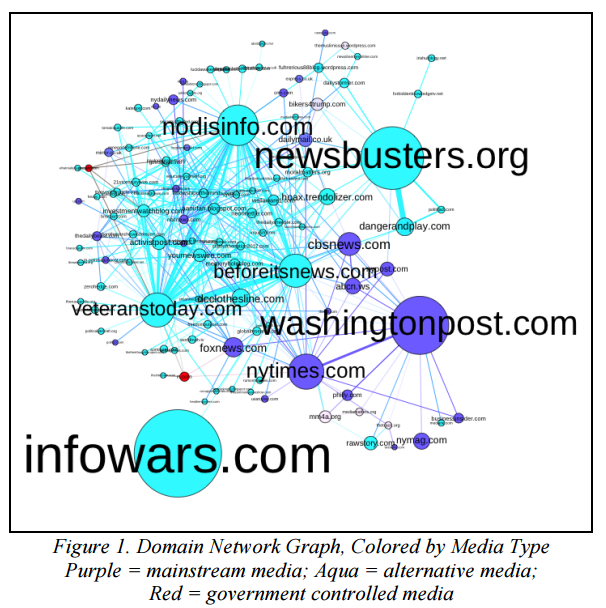 In an interview with the Seattle Times, Starbird expresses distress at her findings. “I used to be a techno-utopian,” she explained, but she is now deeply worried about the “menace of unreality.” Emerging research suggests that believing in one conspiracy theory is a risk factor for believing in another. Individuals drawn to these sites out of a concern with the safety of vaccines, for example, may come out with a belief in a Clinton-backed pedophilia ring, a global order controlled by Jews, and an aversion to the only cure for misinformation: truth. “There really is an information war for your mind,” Starbird concluded. “And we’re losing it.”

I hate to burst your deluded bubble but the NATIONAL/INTERNATIONAL PEDO RING IS VERY REAL AND SO ARE (WERE, PAST TENSE!) MY DAUGHTER/GRANDDAUGHTER, both victims! https://twitter.com/DebMatheny/status/847237751611072517 You'd be surprised at how many and who are involved in this in Minnesota!

This is just the tip of the iceberg. Most of my EVIDENCE is on Twitter @DebMatheny

This WAS my family, you don't get to deny their truth or JUSTICE!

We desperately need the help of ad networks to pull funding from these sites and dry up their revenue. It won't solve the problem, but it's a start.

Sorry Debra, you're a fake and a liar......the man who went into the Pizza Place in DC was because of real life Jerks like you. Sorry I burst your bubble, pfffft

It's fantastic that you are getting ideas from this post as well as from our dialogue made here. http://sub.yourdot.eu/livestreaminvicta22313461