Rape Culture Round Up

The phrase “rape culture” refers to a way of thinking that systematically trivializes, normalizes, or endorses sexual assault.  We’ve collected over 60 concrete examples at our new Pinterest board and we thought we’d share some additional examples that readers have sent in recently.

(1) Topping the list, Clair let us know that University of Maryland students successfully organized to oppose a hand stamp used at a local bar.  The stamp reads “Shut Up and Take It”: 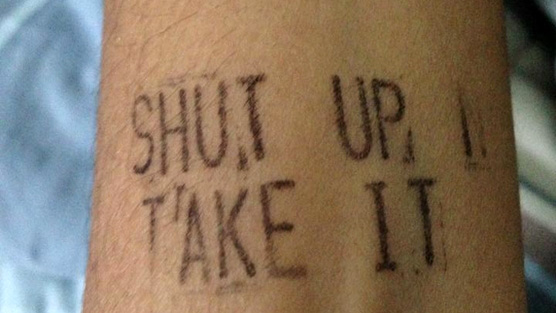 Jesse Rabinowitz set up a change.org petition opposing the stamp to get the bar’s attention. In response, management has agreed that the stamp is inappropriate and has pledged to run a public apology and do some sexual assault awareness education, perhaps including the introduction of a “consent is sexy” stamp.

(2) Dolores R. pointed us to a RiotMag screenshot of a Fox News broadcast.  The main story features a headless Hooters “girl” while the news scroll at the bottom pointed to the very serious issue of sexual assault in the military.  So sexual assault is subordinated to sexual objectification (it reminds me of this titillating coverage of a video game allowing players to simulate rape). 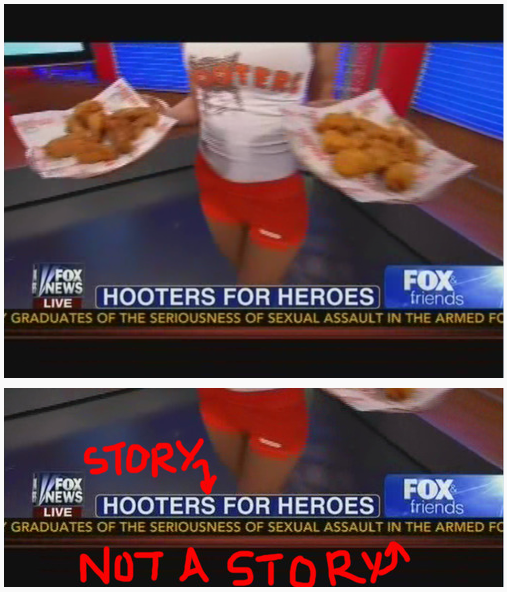 (3) Sent in by V, a Rohypnol gag coffee mug (the substance is famously used to drug targets of sexual assault into unconsciousness): 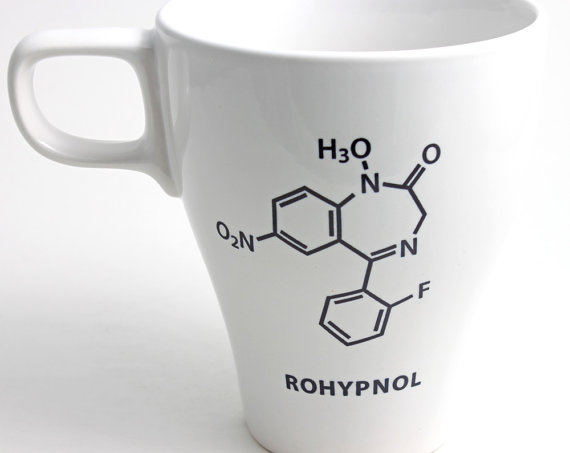 (4) Dominos Pizza joshes about sexual assault with their play on the reminder that “no means no” (thanks to Dolores R. and YetAnotherGirl for the tip): 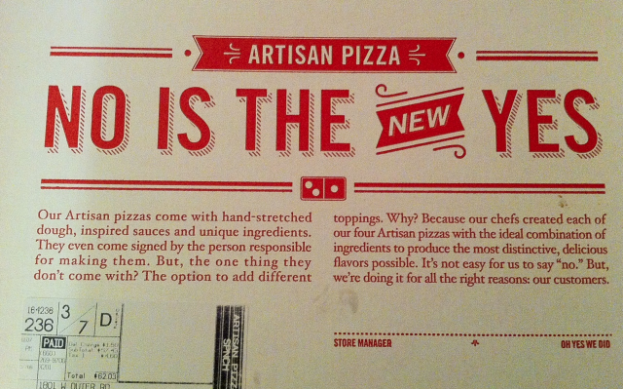 (5) Katrin sent in a British anti-rape poster that blames the victim, holding her responsible for preventing “regrettable sex or even rape.”   “Don’t leave yourself more vulnerable,” it explains: 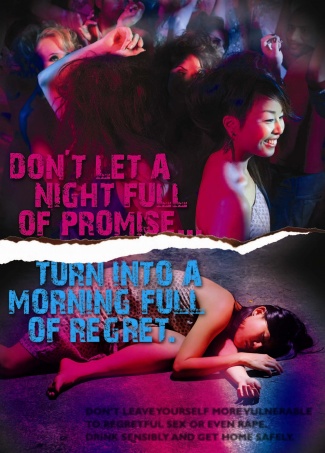 (6) In 2011, the Exeter University’s Safer Sex Ball ironically included this piece of humor in it’s leaflet (thanks to hp for the image): 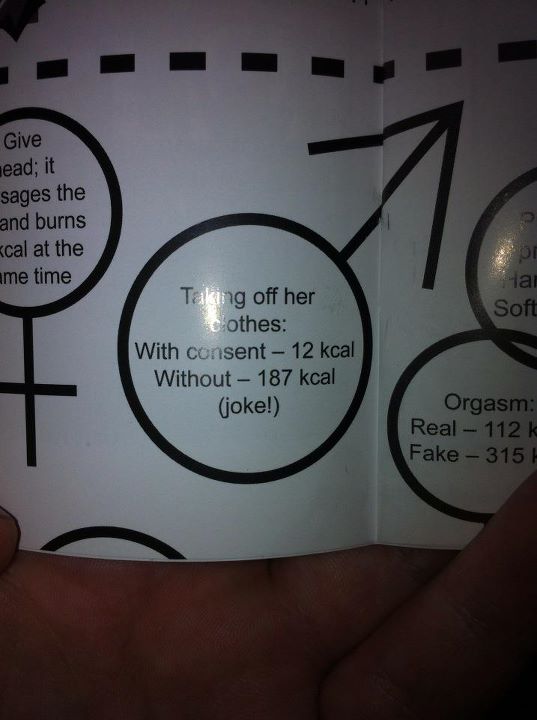 Those are all horrible - except for the Domino's one, which I don't read as promoting assault/rape at all. If you read the text below the headline, it ISN'T implying that 'no' means 'yes'; instead it is saying that if a customer asks them to change the toppings on the pizza they will say 'no', and they are justified in saying that. In other words, the message is that it is okay/right in some circumstances to say 'no' and customers should accept that 'no'. I can't see any implied link to sexual activity or rape apologism there.

Um... it isn't anyone else's responsibility to prevent one from having regrettable sex that isn't rape. If one doesn't want to have reduced inhibitions which might result in enthusiastically consenting to sex which one later regrets, one should control ones intake of mind-altering chemicals. Regardless of one's sex and gender.

[...] is a rape culture. That means that America is full of sociocultural messaging which “systematically trivializes, [...]

If these are the best you can find, then these pictures only prove that "Rape Culture" is some histrionic nonsense made up by victimmongers.

How do you know the hand stamp referred to rape? How is Hooter's rape? There are literally 2349082734 Japanese sex simulators, that's rape? The mug is joke.

5) is ridiculous. That's like saying a sign warning people about muggers is demeaning to people who have money.

[...] The latest Rape Culture Round Up at Sociological Images is, to say the least, troubling–see their Rape Culture Pinterest board [...]

The hooters story is a bad example. The "subordinate" news bar is a constant major story that gets told even when local special interest stories are told.

It doesn't matter if the hand stamp was meant to cause rape. But several hours of looking at the stamp while drinking could put thoughts in one's head.