This is Part III, see also:

As discussed in Part II, between 1989 and 2003, LEGO had introduced a stream of lines aimed specifically at girls.  None were particularly successful and the company was in trouble.  So, what next?

Those of us who follow every move TLG makes are well familiar with the company’s near collapse in 2004 and subsequent renaissance. This is a really important moment for our story, because this is the year when TLG stopped being a family run business and brought in a non-Kristiansen CEO, Jorgen Vig Knudstorp. With Knudstorp’s arrival came a change in philosophy. Quoted from the DailyMail article linked above:

Instead of “nurturing the child” – as Knudstorp puts it – [employees’] primary goal now had to be, “I am here to make money for the company.”

I, like many LEGO fans, am very grateful for what Knudstorp did to save and revitalize the company. The post-2004 era has seen a flourishing of LEGO themes and sets aimed at advanced builders. The LEGO minifig has been injected with more personality and variety than ever before. However, part of TLG’s new strategy also involved abandoning efforts the girl market and focusing exclusively on boys.

Abandoning schlock like Belville and Clikits is not a bad thing, but the push toward conflict and hyper-masculinity in classic themes (and a whole host of new ones) made LEGOLAND inhospitable for femininity.  Here are a couple more telling quotes from the Daily Mail article:

As always with Lego, this [action-oriented theme] was developed at every stage… with the help of focus groups, mostly comprising boys aged between six and 12.

In this new world focused on profit, the company sees no shame in admitting that, like it or not, what most excites little boys is conflict.

Which is to say, LEGO City is not the tranquil place LEGO Town was. 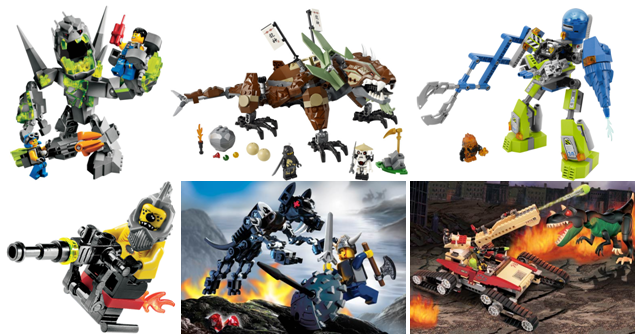 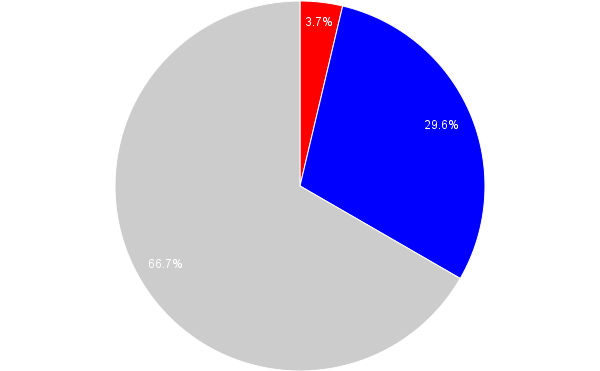 Girls also disappeared from LEGO commercials and marketing collateral. LEGO produced a series of commercials encouraging fathers and sons to build together; the utter lack of anything similar for girls sends a clear message about who is expected to play with LEGO, it has entirely entered the masculine domain. With girls being actively excluded from TLG’s marketing efforts it’s no surprise that we see such a low percentage playing with them now.

In the final installment of this series, I’ll offer my perspective on the controversy over the new line aimed at girls, LEGO Friends.

Marketing to girls doesn't have to be baby dolls and shades of pink.  At 45 I have the biggest collection of Legos of anyone I know.  I like to build houses and castles and to be honest, pink bricks would look ridiculous.  My intent is to one day have my grandchildren, boys and girls alike, revel in the fun of playing with Grandma's Lego collection.

On a side note, why is all little girl marketing done in pink?  When I was little, every single girl said her favorite color was BLUE.  Most boys claimed green or yellow as favorites.   Just to be different I decided my favorite color would be purple.  Not one person ever claimed pink as a favorite color.  It's too overdone and kids are wise to it.

I've enjoyed  this series immensely and have reposted it on FB. But it seems like you're contradicting the whole thrust of the series with Part III. By saying "pushing conflict" based Lego sets is "inhospitable for femininity" aren't you being sterotypical about females and what they're interested in? I'm sure there's a girl out there somewhere who is jazzed about giant robots and a gladiator riding on a flame-spewing hover chariot.

I wish Lego was still more about creativity and less about branding. My Dad managed to get a little safari set for our 4 year old girl for under $10 at Target, and it's a nice set. But there are very few like that to be found in stores these days.

My oldest daughter, who is 29, loved Legos when she was a kid. The [early] gendered Legos were, in a word, stupid. Color wasn't the issue so much as lack of complexity.  There was almost no actual building involved in those sets. A fairy tale castle, for example, or a carousel could have appealed to girls and still required equivalent skills to the sets that were designed to appeal to boys.

What frustrates me is the disappearance of relative gender neutrality in Lego products and marketing.  As David pointed out, many of the previous "feminine" oriented products that Lego produced were completely lacking in the building and constructive aspect of the bricks themselves.  There is so much less creativity involved.  I also wish there were options for kids that wanted to play with Lego sets but not have to choose between the violent/action-themed masculine sets or the shallow LegoFriends sets that are being marketed in pinks and purples to girls.  What happened to basic blocks?  Castles? Pirates?  There can be worldbuilding outside the television/videogame norms of the homemaker/pony-lover vs. action star/killer superhero dichotomy....sad.

Have I maybe misred this - can find part 1, 2 and 3, but seems like you are referring to a fourth?

Dear LEGO®, In Regards to Your Marketing-Imposed Gender Change For My Son! — September 29, 2013

The Belville sets were sold with new products continuously through 2008. And nearly every year there was general building set or 2 geared towards girls like 5506, 5585 and 5475. Yes these were in pink buckets and marketed in the girl section at stores - the point is they were a mix of instruction and free building so many have been complaining as lacking in the Friends line. Surprise, they did not sell that well. So who is making the purchasing decisions? Where were all the buyers then? Lego still sells general building sets like those with boy themes, girl themes, castles, houses, cars, etc. Parents can buy them. There is a reason the Friends sets are best sellers...people buy them!

Lego is facing with many competitors from China in brick set toy. One of them is Lepin . Its product is much cheaper than Lego but similar to Lego.

You might try many new sets from Mould king