Bacardi Says, “Get an Ugly Friend to Make You Look Better!”

Kristin W., Brad W., and Deb G. sent us the Bacardi Breezers “Get an Ugly Girlfriend” ad campaign, discussed over at Jezebel. The message? Ladies, if you want to look better, get an ugly female friend to stand next to: 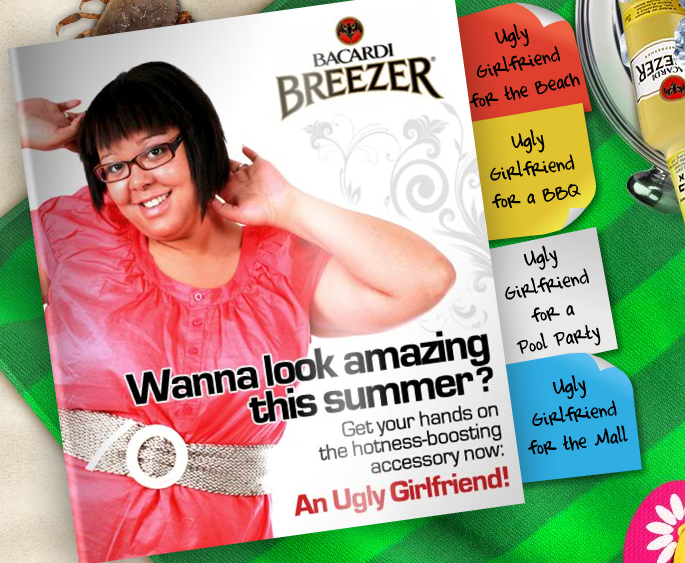 There are profiles of the various ugly girlfriends you can get: 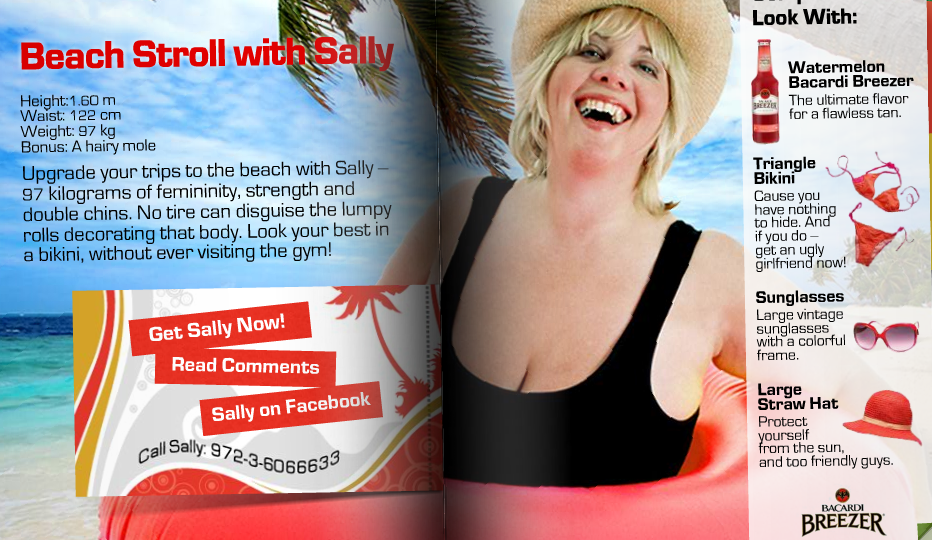 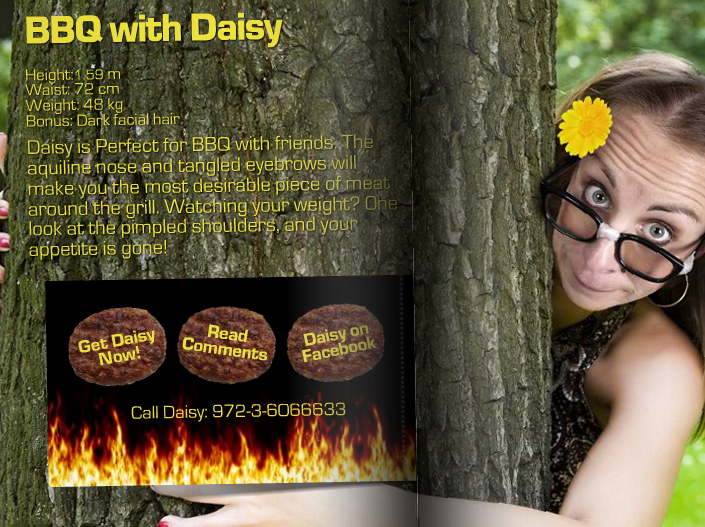 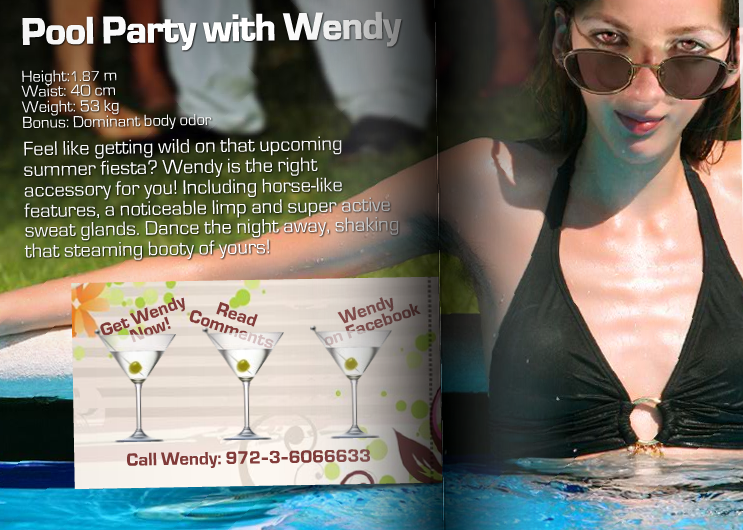 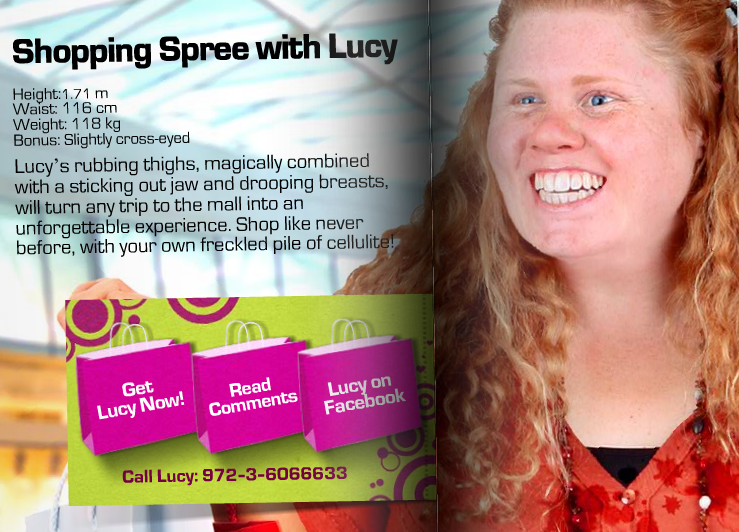 Of course this ad campaign suggests to women that the most important thing about them is how they look. But, more insidiously, as Sweet Machine points out, it places women “in competition with other women for male attention” in a world where “self-esteem is a zero-sum game.”

This is how patriarchy creates in-fighting among women: If men have the power, and the only way to get power is to get men, then women feel compelled to try to get (the attention of) a man (or men).  Other women are their competition.

Women are stereotyped as bitchy and catty as if it is an inherent feature of femininity when, in fact, women’s subordination to men creates the conditions that force them into competition.

We see it happen live in this horrendous clip from Battle of the Bods.

More examples of cultural endorsements of the idea that women and girls are always in competition with one another here, here, and here.

UPDATE: Commenter Joanne pointed out an update, via Shapely Prose:

Thank you for taking the time to post your story regarding Bacardi Breezer.

The campaign you are referring to ran in 2008 for two months in Israel. Even though Bacardi Breezer is not sold or distributed in the United States, we immediately notified the appropriate Bacardi affiliate and had this website shut down.

Bacardi proudly celebrates diversity and we do not endorse the views of this site.

We sincerely apologize to anyone who was offended by this site and thank you for bringing it to our attention.

I’m a bit confused, though–I did a quick google search, and Bacardi Breezer seems to be sold in a lot of places, including Canada and the U.S., but maybe they’re imported by a third party and not directly by Bacardi? I know I’d heard the name Bacardi Breezer before I saw these ads. Apparently I’m going to have to go on a tour of local liquor stores to see. What a horrible life I lead.

And I also agree with several of the other commenters–how awful must it be to be cast as an “ugly” person?

The third and fourth ones seem to be photoshopped to create some of the facial features, but I can't see how the first and second are ugly. I actually kinda like the second one...

Interesting that they didn't go all the way with ugliness, instead, casting rather normal people as "ugly". That's what's really troublesome here, to me.

Unbelievable...well, sadly, not in our culture. And, of course, "ugly" equals overweight and nerdy and even someone with a disability. For crying out loud!

One of the things that really disturbs me is the women who posed for the campaign. I know...someone would have done it...but to be so demeaned by being "the model" for the "ugly girlfriend" campaign.

I also find the "horse-like qualities" comment interesting. As someone who works with the horse-human relationship, it's interesting that in the ad, "horse-like" is presumed to mean ugly. Many people, especially women, who can have a very strong and important bond with horses, find them to be beautiful and magnificent creatures. It appears to be a very subtle slam against those women who feel that bond. It also reinforces that "humans as superior" model that modern Western culture feels it must maintain.

The whole campaign is distressing on so many levels.

According to Shapely Prose, this is a 2008 ad campaign from Israel that only lasted 2 months, and the site has now been taken down. That doesn't make it any less disturbing, but I thought I would post about the update.

I actually find all of these women quite charming, and beutiful o.O
They are all smiling and look self-confident, and look, like Dubi said, normal. Even by high standards of stereotypical beauty, I would say that at least the top two pictures would be counted as pretty if they weren't slightly overweight.

It does remind me of a short article about how Ferrera had to go through hours of make-up to look so ugly in the shows Ugly Betty, while she really only looks like a normal person (a little weird normal person maybe, but certainly not ugly).

I agree with all the above comments - I was confused (and sad) that these women were cast as the "ugly." They are normal looking women (not so different from me and my friends...).

"make you most desirable piece of meat around the grill"

Really? REALLY? That's the sort of thing that would normally make me suspicious of it being the results of a forum photoshop contest, if it wasn't already confirmed...

Are we not gonna talk about what an awful drink Bacardi Breezer at all?

I wonder why no one has questioned the veracity of "Sean-Patrick Hillman." Do we really know if he's affiliated with Bacardi in any way or might this just be someone playing some sort of joke?

I've already made my comments on the ad campaign itself over at Shapely Prose.

I was able to find some listings for that name that are all marketing-related, including a linkedin page where he says he's worked with Jose Cuervo, etc. That's not definitive proof, obviously, but if it's a total joke, someone has set up a lot of accounts in this person's name.

You really think an multinational company would be stupid enough to distribute this kind of advertisement? Morons.

Jezebel readers have done considerable research to unearth that 1) this is indeed a REAL advertising campaign, 2) the original photos come from istockphoto.com, and 3) that Bacardi Breezers--while not sold in the US, are just as terrible as this ad campaign.

A bit off topic, but is it just me or are the ginormous sunglasses on #3 (Pool Party with Wendy) totally worthy of a photoshop disaster? If you look closely, I think she has another pair of glasses on underneath!

Oh, it ran in 2008! Oh, that's all right then. That's, like, prehistoric. It would be ludicrous to blame Bacardi for something that they did AEONS ago before any of us were born.

Um, wouldn't any woman rather at least be named than described as a "desirable piece of meat" (direct quote!)?

I mean, I find Daisy rather cute anyway, but in any case I'd hope the ladies aren't attending this barbeque with the sole aim of pleasing me...

Although, I do think this campaign feels like heavy-handed irony that backfired, rather than "what women really think".

God, after clicking on that link to the original istockphoto pic, I'm even more disturbed. The red-haired 'woman' who we, according to the ad, are supposed to be judging on her failure to meet social norms of sexual desirability appears to be *a child*.

This article reminded me of the Twilight Zone episode "Eye of the Beholder" in which there was a role change between what we considered pretty and ugly.

And I wonder what the women in the photos think of these ads . . .

Besides the obvious, which is that these women are not at all ugly and attractiveness itself is completely subjective, I find this entire "hotness-boosting" campaign ironic because copious amounts of alcohol will make anyone look terrible. (I should know-I used to be an alcoholic.)

The women are ugly because they're significantly overweight, have awful fashion sense and don't shave their underarms.

elle, if that's what you think you are ugly on the inside.

[...] also have a posts of a girl with a limp as an ugly friend, Goodyear ad featuring a sad kid in a wheelchair, nude calendar of Paralympic athletes, dolls with [...]

elle, they're not all overweight - Wendy looks horribly anorexic. They don't all have awful fashion sense and how do you know they ALL have hairy armpits, besides Wendy? (Psht. They call THAT hairy armpits?)

That truly is an awful campaign. What an earth were they thinking? I've drank enough Breezers in my life time and this makes me want to boycott the whole brand. Obviously this is meant to be funny, but by who? Those pretty women who think they have less-attractive friends than they themselves are? Or the women who see themselves as non-attractive but who can laugh at themselves (and can tolerate other people laughing at them as well?) ? I mean, it is not funny by any means. It's just disturbing. There are so many things wrong about those ads I can't even begin to point out every single thing. just awful.

Wait a minute, I smell a rat.
If these ads ran in ISRAEL ONLY why were they in ENGLISH?
They're lying.
(Also, these women look deliberately "messed up" for the
photos - anyone can be made to look either good or bad
with photography - & Photoshop)

[...] see these Bacardi ads that suggest women should get an ugly friend so they look better in comparison and this one about [...]

These women don't look unattractive to me.

Some of the Photoshop work does, but that doesn't count. Shame on these advertisers!

I want to cry seeing these ads.

[...] Bacardi and Mentos! Has ANYONE seen this horrifying ad campaign?!?!?!  Bacardi Breezer had this out a year ago, urging women to “get an ugly [...]

[...] useful outdoors as well.  I think some people will agree.  Take for example, this blog entry, “BACARDI SAYS, ‘GET AN UGLY FRIEND TO MAKE YOU LOOK BETTER!’”  The cover of the Bacardi Breezer ad featured in this entry addresses women saying, “Wanna [...]

I just had to add this: If you already have a girlfriend, why on earth would you want that kind of attention form other people? Just another example of how sexuality between women is rendered invisible.

Wow... normal, beautiful girls torn down for no other reason than to sell alchol...

I am pretty sure when they say "ugly" they mean "fat" because the 2 skinny girls are both kinda hot, aside from maybe being a little too skinny and having random bad comments about them as their 'bonus'.  I don't know why they were PC enough not to say "fat"... its not that much worse than what these things already say!

Do your knickers feel uncomfortable on? Try Bacardi Breezer!