The Unequal Recession: Home Foreclosures and the Dilemma of the Duplex

I recently posted about how the economic downturn isn’t affecting all of us equally.  We can say the same for the rash of home foreclosures.  Some people, of course, are losing their homes and other’s aren’t.  But, in addition to that, some people are seeing the value of their homes go down more than others due to the housing crisis.  For example, if you don’t lose your house, but lots of other people in your neighborhood do, the value of your house will fall moreso than the values of homes in neighborhoods with little to no foreclosure.  Photographer Camilo Jose Vergara draws our attention to yet another unequal casualty of the housing crisis: owners of duplexes who are, disproportionately, working class and urban.

How are owners of duplexes uniquely affected by foreclosure?  First, if the other half of your duplex is abandoned or under foreclosure, your half is significantly devalued.  And, second, as Vergara writes:

Those living in the occupied home often have their lives made more difficult by what happens on the other side of a shared wall…  people throw trash in the front and back yards of the vacant unit, causing foul smells and attracting rats. Physical problems in the empty shell cause accelerated decay in the occupied house. Water may be left running in the unoccupied unit, causing moisture to migrate next door. In cold weather, pipes burst. Joists rot and collapse, tearing bricks out of the shared wall. And if the empty dwelling is not properly sealed, prostitutes and drug addicts may break in and start fires. 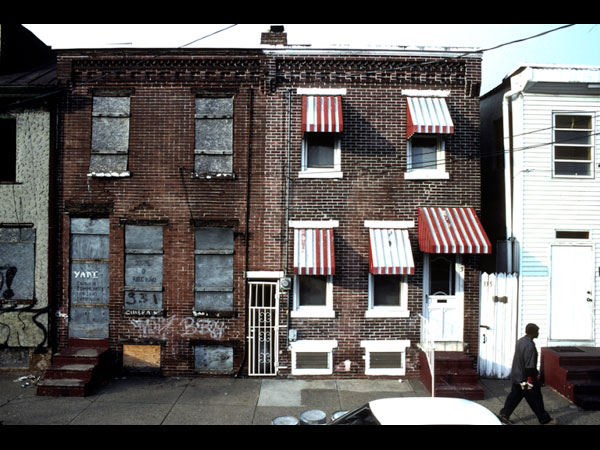 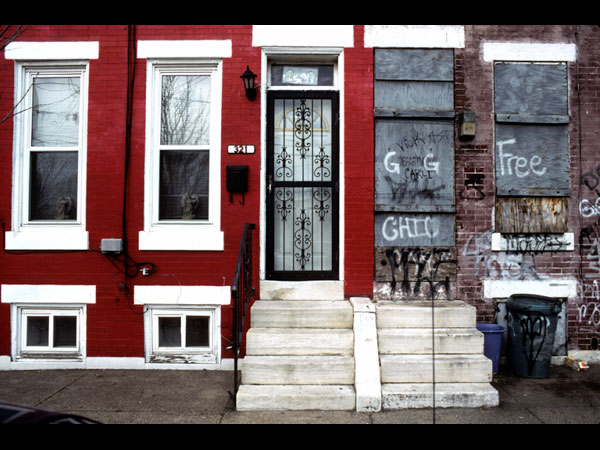 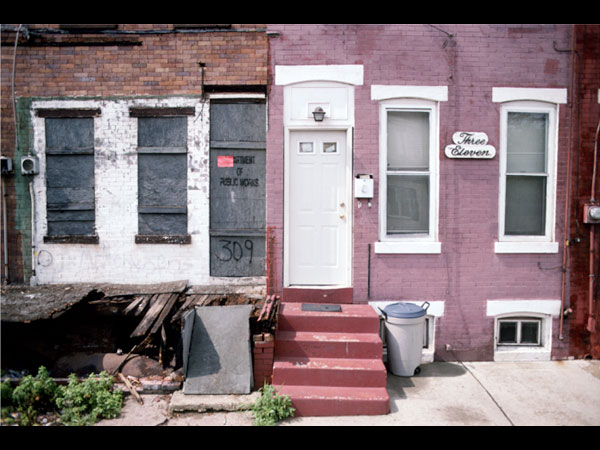 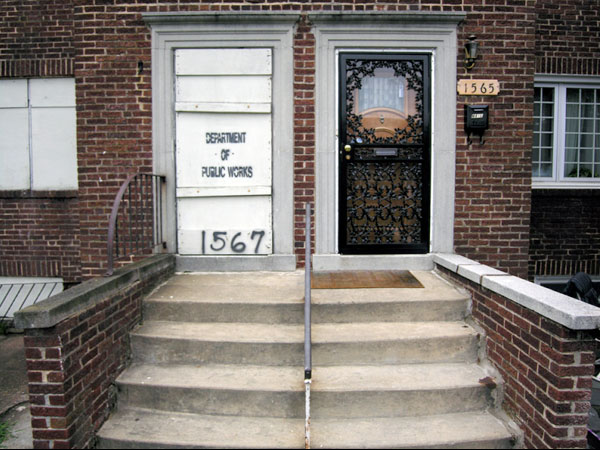 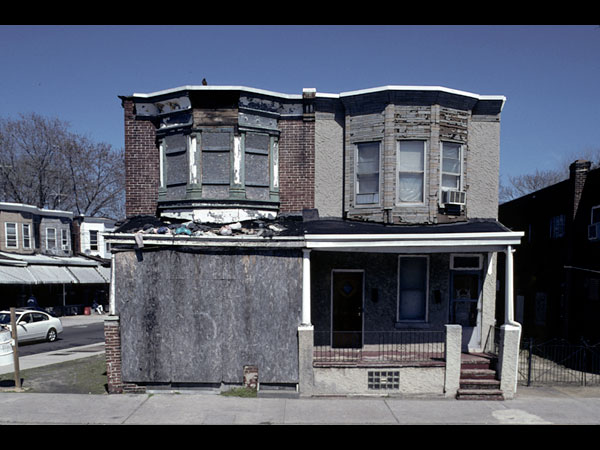 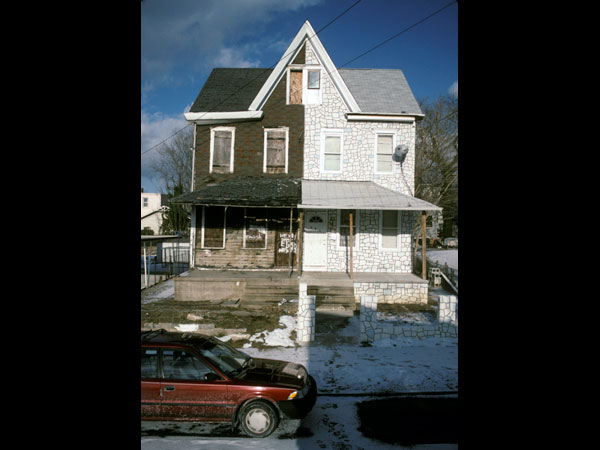 Via the Daily Dish.

>> ...owners of duplexes who are, disproportionately, working class and urban...

Also, I don't see why this is newsworthy. If you buy property that's linked to others' in some way, its value is dependent on how the others keep that property up. If your neighbor doesn't mow his lawn and keeps trash in the yard, your house will be worth less.

Just curious why this is interesting or newsworthy. I thought everyone knew this.

What's interesting and newsworthy about this post is that not that one side of a duplex is effected by their neighboring side. It's that with the current combination of the economic downturn, home foreclosures increasing, and greater degrees of working class poverty growing, one can see in this example how these influences snowball.

In this case, it is a story about how an already suffering community finds that abandoned homes contributes to the decline not only of individuals' quality of life, but to the life of the entire community. I think the point of this post is how the current economic downturn affects certain people and areas more intensely. The key phrase from Camilo Jose Vergara's pieces is that "It's different in a crumbling inner city like Camden."

As the earlier post on this blog points out (http://thesocietypages.org/socimages/2009/04/13/my-rant-on-americas-recession/), not everyone is as in touch with how intensely many people are effected by the U.S.'s economic state. A post like this will hopefully make a strong impact on those less aware of the acuteness of economic suffering going on currently.

"prostitutes and drug addicts may break in and start fires"
wow

everyone knows that prostitutes and drug addicts just have to start fires wherever they go!

[...] have been posting on how the economic recession is not affecting all of us equally (see here and here).  An interactive map at Slate shows how job loss is not equally [...]

SELF DEVELOPMENT BLOG » Race and the Economic Downturn — November 5, 2009

[...] posts: the dilemma of the duplex, Michigan and the recession, and economic change hits the mall. Leave a Comment Tags: [...]

I realy enjoyed the contrast in the photos; one sided is boarded up to prevent further deterioration (thank God) and the other side has a mail box and a light.

You know not all owners of duplexes are disproportionately, working class and urban. I once dated a woman who rented one side of duplex in Denver: she had a section 8 voucher.

Living in a duplex is worse than living in a condo or an apartment as in many duplexes they share a common frame floor, so that when walks or jumps on the floor, the vibration goes into the other duplex.

This isn't an issue with foreclosures. This is an issue with vacancies. And while duplexes have some unique concerns regarding shared deterioration, the housing value, trash/rats, and fire hazards all apply to houses that do not share a foundation.

What caused these houses to become so undesirable that keeping them leasable costs more than they can attract in rent?

It could very well be that the cost of keeping them leasable is more than their owners have access to, whether or not they could attract more than that in rent.